You are using an outdated browser. Please upgrade your browser to improve your experience.
Security
by Brent Dirks
April 29, 2016

A new rule change approved by the U.S. Supreme Court could make it easier for law enforcement like the FBI to surveil computer networks.

“Under the proposed rules, the government would now be able to obtain a single warrant to access and search thousands or millions of computers at once; and the vast majority of the affected computers would belong to the victims, not the perpetrators, of a cybercrime,”

According to a new report from Reuters, the high court approved a change that would allow judges to issue search warrants to access computers located in any jurisdiction. Previously, magistrate judges could only allow searches in their jurisdiction that usually includes just a few counties.

Chief Justice John Roberts sent the change to Congress. The legislature has until late this year to reject or modify the changes. With no congressional action, the change would automatically take affect.

A number of groups, including the ACLU and Google, oppose the rule change saying it could allow the FBI to conduct bigger hacks on computer networks.

While Congress is unlikely to intervene in an election year, at least one senator opposes the change. Here’s more from Reuters:

Democratic Senator Ron Wyden of Oregon, condemned the rule change as having “significant consequences for Americans’ privacy,” and vowed to introduce legislation to reverse it.

“Under the proposed rules, the government would now be able to obtain a single warrant to access and search thousands or millions of computers at once; and the vast majority of the affected computers would belong to the victims, not the perpetrators, of a cybercrime,” Wyden said in a statement.

The Justice Department has lobbied for the change for three years:

A Justice Department spokesman said the change was necessary because criminals increasingly use “anonymizing” technologies to conceal their identity online, and remote searches are often the only way to apprehend such suspects.

The change does not authorize any new authorities not already permitted by law, the spokesman said.

Earlier this year, Apple fought a prolonged battle in the media and court of public opinion against the FBI regarding unlocking the iPhone 5c used by San Bernardino, California shooter Syed Farook.

A court order originally compelled Apple to unlock the phone using any means necessary. But the Justice Department withdrew the request after finding an undisclosed way to bypass the passcode security. 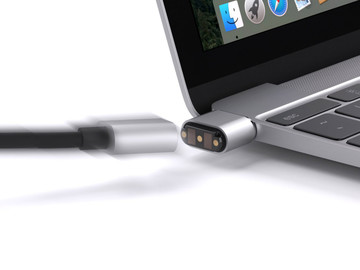