You are using an outdated browser. Please upgrade your browser to improve your experience.
Security
by Bryan M. Wolfe
November 28, 2017

Should you worry that a $200 handmade mask might be able to unlock Apple Face ID on an iPhone X? Probably not and here’s why.

Since the iPhone X launched earlier this month, numerous reports have been published about folks trying to fool Face ID, the new biometric facial recognition feature found on the device. To date, twins, children, and a security team wearing masks have successfully tricked the security feature.

That team, Vietnam-based Bkav, has released another video showing its mask unlocking process. According to an accompanying blog post, Bkav used a $200 3D printed mask made of stone powder to get the job done. The mask included 2D infrared images of eyes taped over the mask to emulate real eyes.

Bkav researchers said that making 3D model is very simple. A person can be secretly taken photos in just a few seconds when entering a room containing a pre-setup system of cameras located at different angles. Then, the photos will be processed by algorithms to make a 3D object.

It can be said that, until now, Fingerprint is still the most secure biometric technology. Collecting a fingerprint is much harder than taking photos from a distance.

Security teams like Blav should be trying to crack new biometric facial recognition technologies. In doing so, it can lead companies like Apple to develop even better technologies in the future.

However, don’t confuse due diligence for a reason to worry.

In the digital world, someone is always trying to figure out a way to crack the next great security technology. In the case of Face ID, however, the solution probably won’t appeal to most would-be unlockers. Few folks would probably be willing to fork over $200 to create a mask to open a single iPhone, after all.

Nonetheless, if you’re still worried there is another solution; don’t put sensitive information on your phone.

Are you worried about someone unlocking your iPhone X by tricking Face ID? Let us know below.

Are you worried about someone unlocking your iPhone X by tricking Face ID? Let us know below. 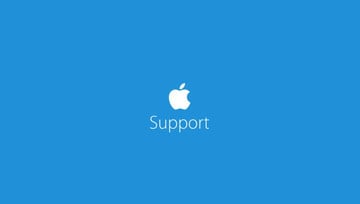