You are using an outdated browser. Please upgrade your browser to improve your experience.
by Bryan M. Wolfe
February 22, 2017

Verizon 5G tests begin in 11 cities later this year, according to the No. 1 carrier in the United States. The pilot program begins even before universal 5G specifications have been announced.

Though still years away, 5G for customers is taking another step towards an eventual public release. Verizon’s “pre-commercial” 5G service begins arriving in 11 markets across the U.S. by mid-2017.

This is another important step in commercializing gigabit broadband service to homes and offices via a wireless 5G connection. This implementation of 5G technology leverages the close collaboration with Verizon’s 5G Technology Forum (5GTF) partners.

Verizon has yet to comment on what kind of speeds the pilot cities will be experiencing. For now, that’s being debated among Verizon 5G Technology Forum (5GTF) partners including, Ericsson, Intel, Qualcomm Technologies, Inc., and Samsung.

AT&T is also working on a 5G framework. It expects 5G technology to deliver speeds between 10 and 100 times faster than today’s average 4G LTE connectivity.

In January, both Intel and AT&T announced plans to bring faster 5G mobile data speeds to consumers in the near future. Intel revealed a new 5G modem, which the tech company hopes will drive an accelerated move toward new 5G standards.

AT&T, on the other hand, is planning its own roadmap and testing plan for the inevitability of next-generation 5G mobile data, without waiting for a standard at all. 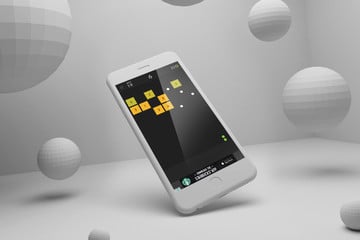