You are using an outdated browser. Please upgrade your browser to improve your experience.
by Bryan M. Wolfe
February 23, 2017

Wireless charging has long been offered on smartphones not owned by Apple. However, the technology remains “messy,” at best. Because of this, Apple is said to have five teams working on the technology ahead of the launch of the next iPhone, according to Reuters.

These teams are tasked with finding the right solution for iPhone, apparently regardless of what other companies have done.

Apple recently joined the group backing Qi. But there are still at least five different groups working on wireless charging technology within Apple, according to a person with knowledge of the matter.

As we reported, Apple recently joined the Wireless Power Consortium. The consortium serves as the governing body behind the Qi charging standard.

The 10th anniversary iPhone, which launches this fall, is expected to include a redesign for the first time since 2014. As such, the “iPhone 8” or “iPhone X” is likely to feature a high-resolution OLED display, 3D sensors, and wireless charging.

While new to iPhone owners, these features have long been available on competing devices. This hasn’t mattered to iPhone owners, many who have waited three years for Apple to refresh its flagship device. According to Timothy Arcuri, an analyst at Cowen & Co, upwards of 40 percent of iPhones on the market are more than two years old, a historical high.

Reuters notes that Apple’s product strategy for the iPhone 8 has less to do with technological innovation than by consumer upgrade cycles and Apple’s own business and marketing needs.

For more on this year’s iPhone lineup, be sure to look at our updated roundup guide. We also have one for the 2017 iPad lineup too. 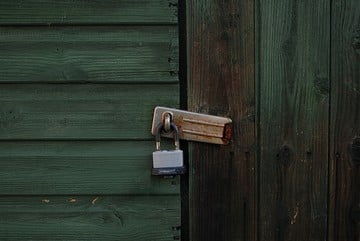