You are using an outdated browser. Please upgrade your browser to improve your experience.
by Brent Dirks
February 20, 2019

It’s time to hit the water, just make sure to watch that first step. The new game Jaws.io brings everyone’s favorite shark to iOS devices in a fun, casual game.

Instead of jumping right in as the hungry shark, you’ll start off competing against other players.

You’ll begin as a small boat captain and as you rescue more swimmers from the waters to increase the score, the boat size will also increase.

And the bigger your boat, the easier it will be to take down Jaws. If you can take him down first, you’ll take control of the shark.

As Jaws, you’ll need to avoid the other players’ boats and wreak havoc around Amity Island. If you’re stopped by another player, they’ll take over as the shark.

The game also features a fun part mode. Using a special code, up to seven friends can compete against each other for supremacy.

Designed for the iPhone and all iPad models, Jaws.io can be downloaded now on the App Store for free.

There are in-app purchases available.

Wreak havoc as the most famous movie shark in history. 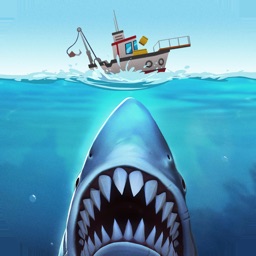 JAWS.io
Universal Studios Interactive
Nothing found :(
Try something else