You are using an outdated browser. Please upgrade your browser to improve your experience.
by Christine Chan
November 18, 2016 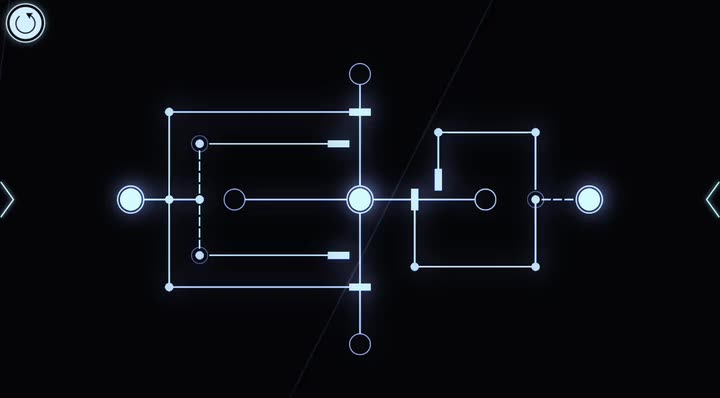 Beams. ($0.99) by Appsolute Games LLC and Hellstorm Studios is a minimalistic puzzle game that will put your brain to work with a deceptively simple game concept. If you enjoyed games like Puzzlepops and Twisted Lines, then you will get a kick out of what Beams brings to the world of puzzle games.

Lately, there’s been a ton of great action games that have been out for iOS, like SteamWorld Heist, which I reviewed earlier this week. While these games are great in their own right, sometimes I just need to unwind and relax with a good puzzle game. While Appsolute games seems to have taken the publisher route now, it’s still exciting when news of upcoming games from them hit my inbox. Beams is one of those games, and since I love stimulating puzzles, it was a game I knew I had to check out for myself. 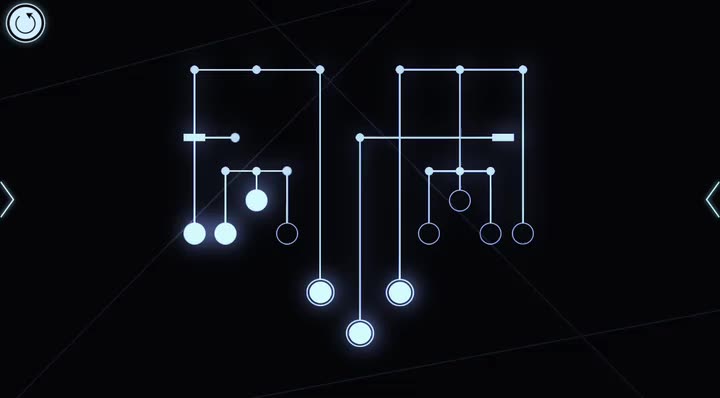 In terms of visuals, Beams features a super minimal aesthetic that will appeal to the big fans of minimalism. The game could not be any simpler: the beams are fairly thin lines of light, and there are circles of light that can pulsate and send signals to other nodes. Along the way, there are other basic geometric objects, like dashed lines, rectangles that block your path, and even special triangles. The game consists of just two colors — a solid black background with subtle moving lights and a blueish white for the beams themselves. I’m not kidding when this game is one of the simplest I’ve seen, but it’s also elegantly done. The animations are smooth and fluid, and the ambient, atmospheric soundtrack is soothing and fitting for the overall tone of the game. The sound effects are rather whimsical as well, so overall, it’s a nice visual and audio package from Hellstorm Studios, even if it looks rather uncomplicated at first.

Like all other puzzle games, Beams is level-based and features 60 stages so far. Players will have to go through them in chronological order, though, so you can’t freely play whatever level you’d like without completing the one you are currently on. The objective of the game is simple enough: send a signal from existing light nodes so that they travel through the connecting beams and light up the empty nodes that are along the path. However, there are obstacles like walls, disconnections that need to be adjusted prior to signals, dashed lines that can only guide a signal once, and more. As you get further along in the game, the puzzles become much more complex and challenging, making you put your thinking cap on.

Controls in Beams is intuitive and easy. To send the signal of light out, just tap on one of the larger nodes and watch the light travel along the beams, following any splits and forks along the way, until they reach other nodes. But watch out — these signals can also turn off existing nodes that are on, so you have to be careful and plan out your moves. Pulsating points in the beams can be toggled on and off so that they connect to the other beams, and you’ll have to pay attention to see if they are connected or not. Dashed lines mean that a signal can only pass through it once before it disappears, and the rectangular switches need power to go through them before they can be activated and moved to clear the path for you. Once all of the nodes are lit up with light, then you’ve successfully completed the stage. If a signal gets blocked somehow, or you make a critical error, then the level resets and you’ll have to try again. 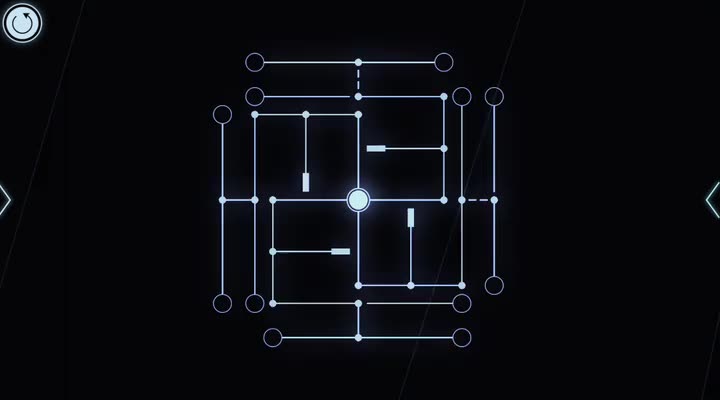 While the game’s design and controls work out well, I do wish that there was an option to speed up the animation of the light signals traveling along the beams. Sometimes it just feels a bit too slow, and I want it to move along faster. Fortunately, the game does allow you to do other actions as the signals are moving along, so at least there’s that.

I’ve been playing Beams this morning and have been enjoying it in my downtime. The design is simple and clean, which is always a good thing in my book. The music is tranquil and relaxing, which is great for those times I need to de-stress. The controls are easy to follow and the game mechanics are introduced to you at a gradual pace, so it’s never overwhelming. I just wish for a way to fast forward the traveling speed a bit so that it feels faster and doesn’t drag itself out, but other than that, this is a solid puzzle game for fans of the genre.

I highly recommend giving Beams a try if you are looking for a challenging but relaxing puzzle game to check out over the upcoming holidays (many of us will need it). You can find Beams on the App Store as a universal download for your iPhone and iPad for just $1.99. There are no in-app purchases. 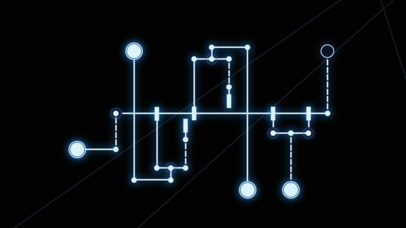 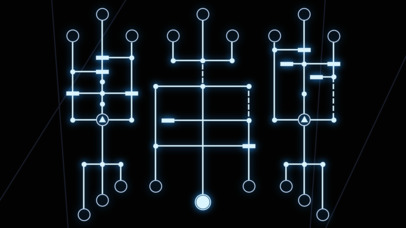 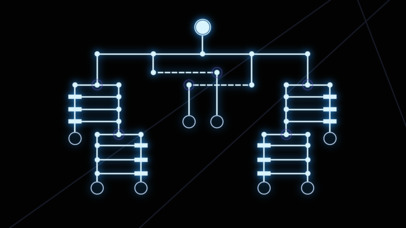 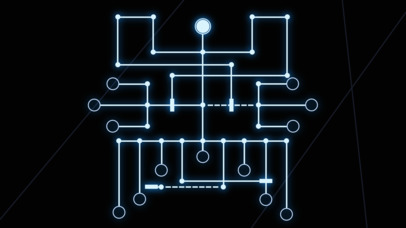 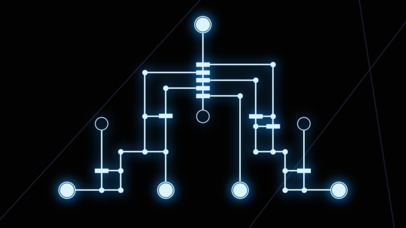