You are using an outdated browser. Please upgrade your browser to improve your experience.
by Christine Chan
December 5, 2016 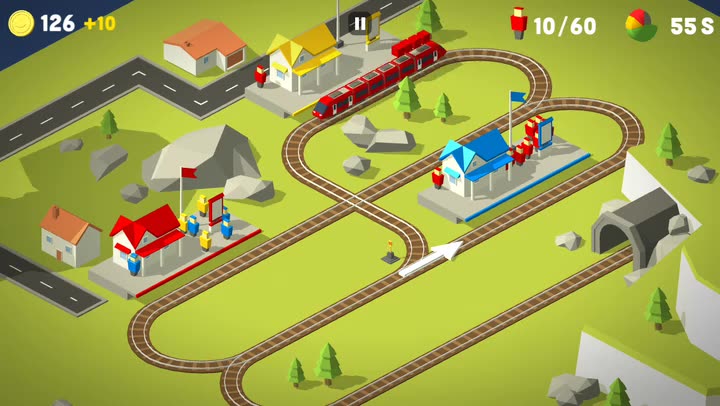 Conduct THIS! (Free) by Northplay is a new action puzzle game that is all about conducting and managing a train system so that there are as few accidents as possible, hopefully. If you enjoyed games like Mini Metro, then you will love Conduct THIS! as well. It is from the same guys behind Robocat, who have now launched a new independent game studio.

While most of my time these days is spent on either my PlayStation 4 or 3DS for games, every now and then I like to take a break and just unwind with a mobile game before bed. And when it comes to mobile games, my favorite genre are puzzles, of course, and while most puzzles are relaxing, sometimes you just need a bit of explosive action to shake things up a bit. I’ve grown a fondness of trains over the past decade since I began to take the trains and subways more here in Los Angeles, so Mini Metro was a perfect fit for me, and now Northplay has released another puzzle game about trains so I knew I had to have it. Fortunately, it does not disappoint. 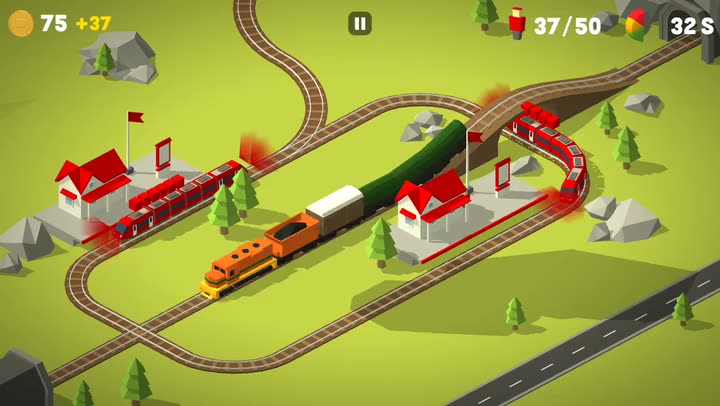 In terms of visuals, Northplay has hit it out of the park. The game features stunning, brightly colored low-poly 3-D worlds that are definite eye candy. Players get an angled top-down view that provides a nice birds-eye view of everything that is happening on the map, so it’s not hard to see upcoming obstacles that you have to avoid while playing. And while the game itself is in low-poly graphical style, there are still plenty of fine details that you can spot in the map layouts themselves, such as textures, objects, and lighting effects that give everything a bit of extra oomph. The animations are buttery smooth so I experienced zero lag on my iPhone 7, and the music itself (composed by Simon Kölle) is rather charming and delightful. Sound effects are fairly realistic, and the haptic feedback on newer devices gives you a nice surprise when you make a tiny mistake that you didn’t even see. Overall, Northplay did an excellent job with how Conduct THIS! looks, feels, and sounds.

As with many other puzzle games out there, Conduct THIS! is level-based with seven different areas that have a handful of stages for players to conduct their train business on. The main objective in each stage is to get all of the passengers at each station to their destination safely and earn coins doing so, but there is a time limit on each stage that you must race against as well, which makes everything a bit more hectic and stressful. And on top of that, you’ll have to be aware of your surroundings and keep your eyes peeled on other vehicles on the road that intersect with the train tracks, more incoming trains on the tracks, control switches, and plenty of other realistic hazards. So while the game sounds easy at first, when more dangers are thrown at you, things can get a bit more challenging and insane. Depending on your performance (the more efficient you are the better), up to three stars can be earned on each stage.

Controls in Conduct THIS! are simple enough. Each stage starts out automated in terms of train movement along the tracks. However, you can stop a train by tapping on it, and another tap will start it up again. This is important to master because you’ll have to do a lot of stopping of trains to avoid crashing into one another or even other vehicles that are crossing the tracks, since you can’t stop them. When there are things that you can interact with, such as the control switches, just tap on them to activate. It’s fairly simple to learn, but mastering the timing of your taps is everything. Even the smallest mistake can cost you, but the reward is a fun, satisfying explosive crash to witness, and you can share your crash on Twitter for the laughs. 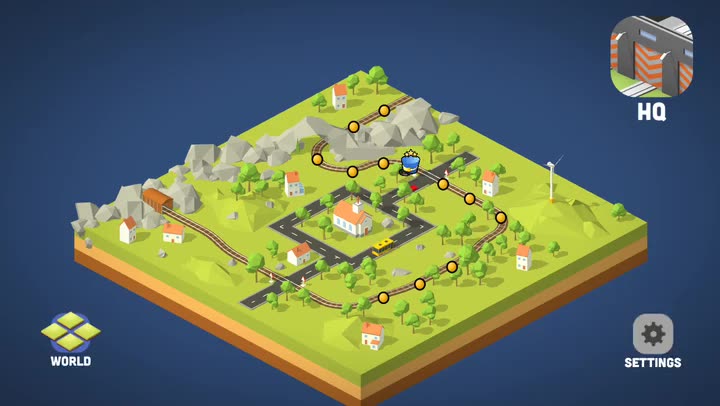 As you play, you’ll collect more coins from efficient conducting. The coins can be used to gain access to nearby regions for more levels to play. Eventually, you’ll also be able to unlock more trains for your company, including real life train models such as the French TGV and even Japanese Shinkansen. To access the trains you have, just visit your HQ from the main menu, and then choose the train that you want to use.

Since Conduct THIS! is a free download, there are ads that will pop up every now and then, though they are relatively short and not that bad. However, if you prefer to get rid of them completely, there is an in-app purchase of $4.99 to remove all ads. And if you’re impatient, you can also unlock all levels and trains for $9.99.

As a fan of trains in general and puzzle games with some action, I’m enjoying Conduct THIS! a lot so far, even though it can be rather challenging and unforgiving with the smallest mistakes in your management. The low-poly visuals are gorgeous, the music is incredibly well done, and the puzzles themselves are clever and challenging. For Northplay’s first indie game release, they’ve done an outstanding job.

I highly recommend checking out Conduct THIS! if you’re a fan of fun and stimulating puzzle games that throw in some awesome explosive crashes into the mix. You can find Conduct THIS! on the App Store as a universal download for your iPhone and iPad for free with occasional ads. There is an in-app purchase to remove ads or unlock all stages and trains for $4.99 and $9.99, respectively. 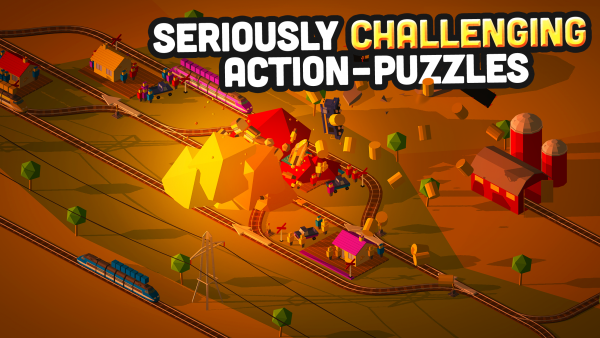 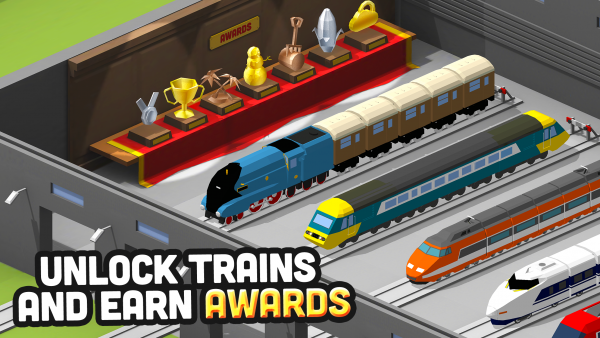 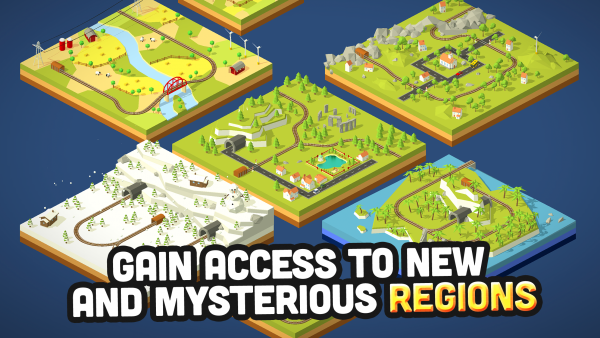 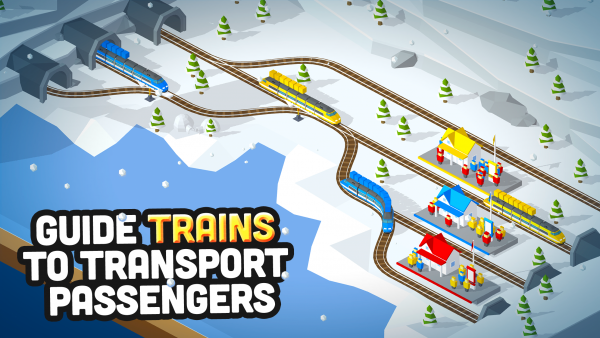 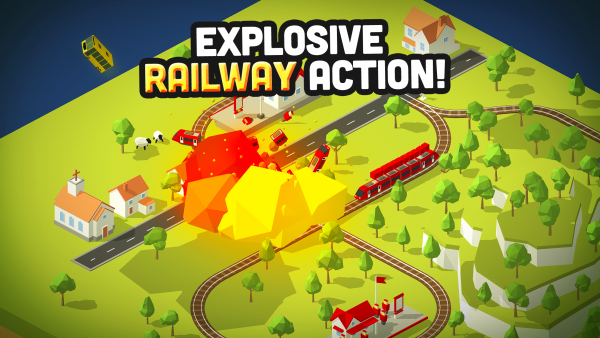