You are using an outdated browser. Please upgrade your browser to improve your experience.
by Christine Chan
June 21, 2016

Exify - Tools for Photos ($1.99) by The Iconfactory is the latest app from the developers behind popular apps like Twitterrific and Astronut. If you’re a fan of The Iconfactory and have any interest at all in your photography, then Exify is an app worth taking a look at.

Ever since the iPhone 4 (arguably the most significant turning point of iPhone photography), I have abandoned traditional digital cameras and just rely on my iPhone for all of my photo taking, whether it’s every day moments, special occasions, or new adventures. I don’t consider myself a professional, of course, but I just enjoy taking photos as a hobby in my spare time. Still, I’m always curious about the metadata that can be found in my photo files, despite not having professional lenses and whatnot. So when The Iconfactory released Exify, I was intrigued enough to give it a spin for myself. If you’re a photography nerd, then this app is a great companion. 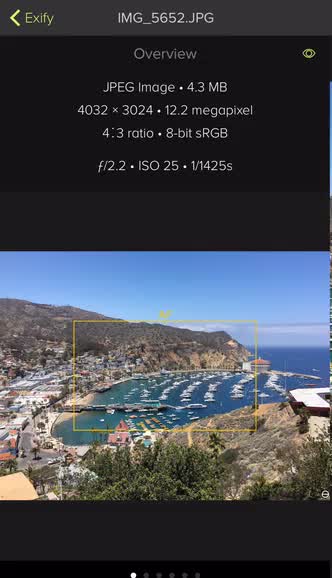 Like other apps from The Iconfactory, Exify features a simple and clean aesthetic that is pleasing to the eye while also being intuitive to use. The app features a black background so that your photos are the primary focus, and the light green icons contrast nicely with the overall color theme. The colors in the RGB graphs are rich and vibrant, so you get a clear idea of the color levels in the image you’re viewing. Each image will have multiple “pages” of data that you can view, and they’re all just a swipe away. The magnification tool is also easy to use so you can make sure you don’t miss out on any details, and Exify also has a handy iOS editing extension that lets you do several actions directly from the Photo Library. Once again, The Iconfactory has done a great job with pushing out these slick, minimalistic pixels. Exify is packed full of informative metadata for your photos but it still looks great.

Once Exify gains access to your Photo Library, you’ll see your entire Camera Roll on the main screen, from descending order with most recent at the top. Unfortunately, Exify doesn’t have a way for you to quickly jump to a certain time frame in your Camera Roll, so if you have a large collection of photos (my Camera Roll is over 2300 images at the moment), it may take you a while to find what you’re looking for.

Fortunately, though, the app seems to handle large libraries fine and the scrolling remains smooth, not jerky like other apps I’ve used, and I did not experience crashing while scrolling. The only time I had a crash was when I went to my Photos app to delete some unwanted images and then came right back to Exify — the deleted images caused the app to crash, but it was fine after I launched it again.

When you find the photo you want to view data for, just tap on it. The first page of information features the Overview, which tells you the type of image file it is, size, dimensions, megapixels, ratio, and exposure and lens detail. The thumbnail will also point out the point of focus on the image, and if you tap on the thumbnail, you get a larger view with magnification, so you can zoom in (1x) on specific areas to see the fine details of your photos. If you want to zoom in more, just double-tap for 2x magnification. Tapping on the eyeball button will let you check the color and shadow or highlight level of sections that you pick with the crosshair. 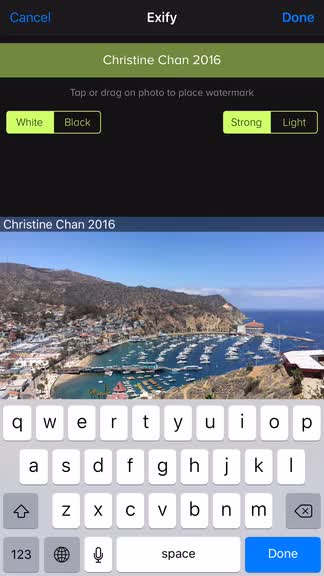 While one may think that the Overview already has plenty of data, there’s much more available. Just swipe horizontally to go through each of the other sections, which include Histogram, Geolocation, EXIF data, GPS, and even TIFF. The Histogram section lets you check out the peak and median in midtones, and you can check the RGB and Luminosity levels. Location has exact coordinates of where the image was taken and shows you on the map, which is provided by Apple. The EXIF, GPS, and TIFF data all include a ton of detailed bits, and you can even copy all of the text in these sections to the clipboard in order to share with others.

The best part about Exify are the iOS extensions that are included. With the action extension, users can show image information, magnify, or duplicate the image without having to go into the app itself. If you prefer to edit images directly within the Photos app, there’s also another additional feature of Exify: the option to add a watermark to your images. With the watermark, you can have white or black (with a partly transparent white background strip) text, and have the watermark be strong or light (more subtle). Other things you can do with the editing extension is remove location data for privacy, or even add GPS data from another image.

I only downloaded Exify yesterday, but I’m finding it to be a pretty nice tool to have in my photography app collection, especially for the easy way to add a watermark to images. More serious photographers will definitely get a kick out of all the photo metadata that is revealed in the app too, and everything is just super easy to use. The only change I would want to see is a way to quickly jump to a certain point of time in your Camera Roll, rather than scroll through everything, which would certainly be helpful for bigger libraries like mine.

I recommend checking out Exify if you’re into photography at all, whether it’s just iPhone photography or if you like to import professional images taken with a DSLR to edit on your iOS device. Exify – Tools for Photos is available on the App Store as a universal download for just $1.99. 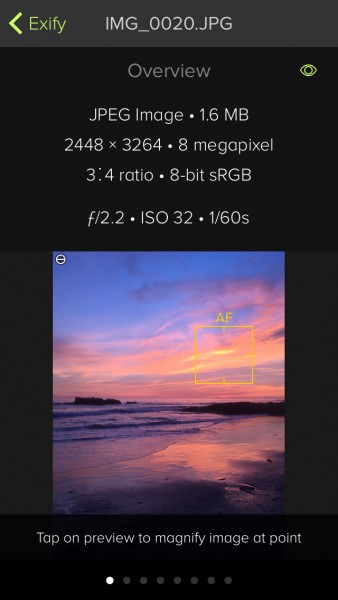 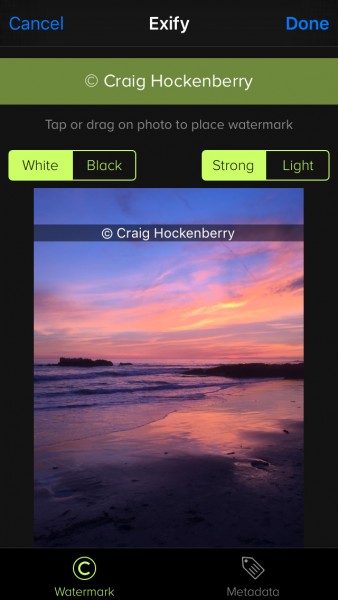 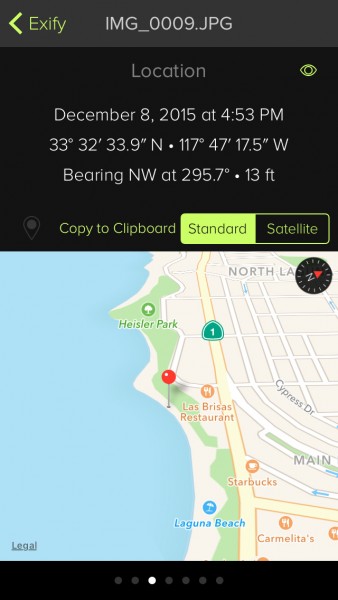 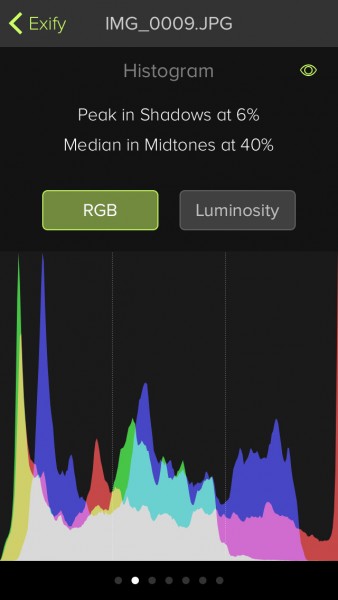 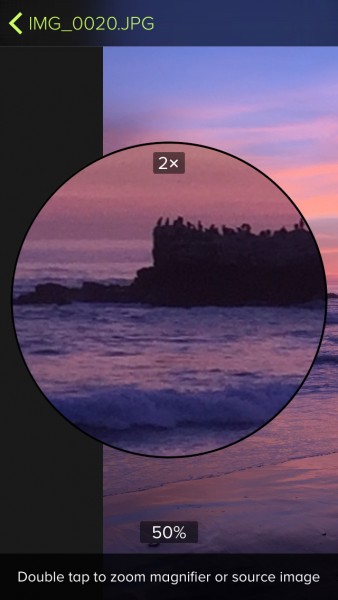 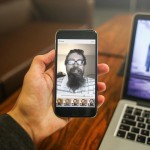 Put on your best face with Microsoft Selfie 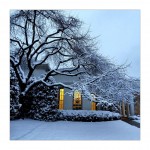