You are using an outdated browser. Please upgrade your browser to improve your experience.
by Christine Chan
October 8, 2013 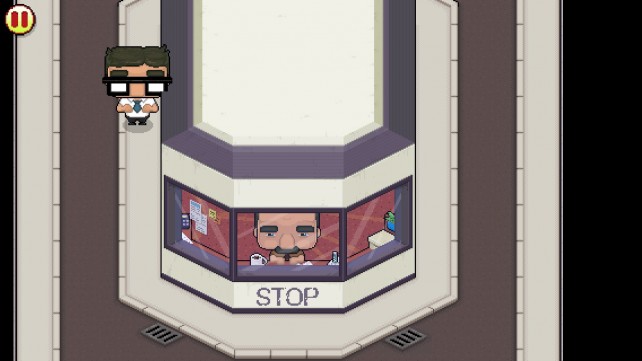 LEVEL 22 ($3.99) by Noego is a fresh new take on the stealth game, complete with puzzles to solve. If you’re a fan of the vintage pixelated art style, and enjoy games that require thinking, sneaking, and collecting, then this is right up your alley.

I know that we’ve all been there — we have a great time at a birthday party (perhaps too great), and we forget that we have work the very next day. You wake up, look at the clock, wait a few seconds, and then you’re in full panic mode as you fly out of bed and get ready to make it to work without being caught as late, because you know, this isn’t your first offense.

No, I didn’t just describe your crazy night out, I just told you the introductory scene to LEVEL 22. 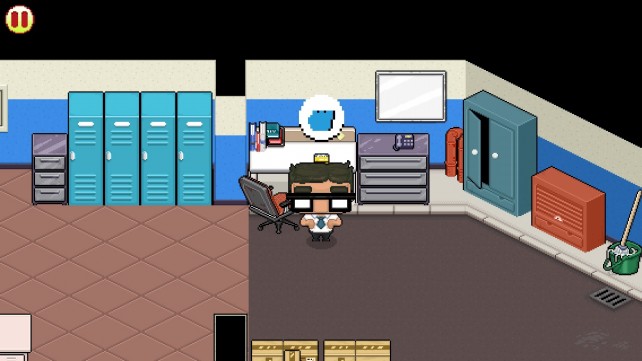 In LEVEL 22, you will play as Gary, an average office worker who has the tendency to show up late and is hanging on by a thread. Unfortunately for him, he was out partying for his birthday, and totally forgot about that boring ol’ job of his, until he looks at the clock.

And so, with Gary running late, and unable to risk being seen plopping himself into his chair after everyone else once again, decides to do the right thing: sneak his way into the office building, with a bit of help from his friend and former coworker, Marty.

The game features beautifully rich and detailed 16-bit visuals that will take you back to the retro entertainment systems of yore. Character animations and movements are also very smooth, fluid, and responsive without any lag on my iPhone 5s. And to top things off, if you’re a fan of the fantastic world of chiptunes, this game has that too.

LEVEL 22 features a very Mario-esque level system, where you must traverse through the “worlds” (technically, they are just areas in the office building) to make your way to your desk. There are checkpoints that you can reach so you start again from that point if caught, but if you exit the game for a while and come back, you’ll need to pick up from the beginning if you didn’t save.

The controls are fairly simple, but they do take some time to get used to. First off, you can actually drag your finger along the screen to pan the map around and view different areas of the current world. To make Gary move, just tap on where you want him to go, and an arrow is dropped down to show that he is walking towards it.

As you make your way to your desk, you will find everyday objects that you can interact with and collect, just by tapping on them. You can use these to your advantage, or even just use them to play some pranks on coworkers. Marty will also inform you (by cell phone, of course) of his old possessions that are scattered throughout the building, and then ask you to retrieve them for him as well — these essentially serve as collectible trophies, adding a layer of replay value to the game. 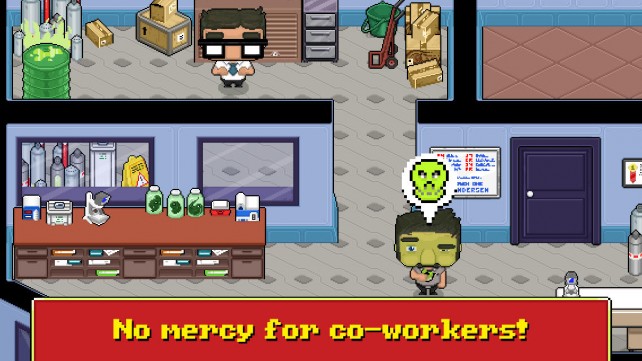 You will need to take advantage of the environment around you in order to avoid all detection from guards, fellow employees, and the dark secrets that the company contains within. If you get caught, then the game will end and you will need to resume from your last checkpoint.

While they appear easy enough, the controls are quite weird for a stealth game. When you find the spot you want to go to, tap and Gary will go towards it. However, this presents a problem, as you can’t see Gary as he is moving unless you pan the camera around until you see him.

I really do wish that the game featured a dynamic camera that basically followed him around, so you can change your destination point at any time when you see a possible danger coming up. I also believe that this game would have also worked very well with D-pad controls instead of point-and-tap.

The game itself is proving to be quite challenging, so the replay value is definitely high, and you will need to make your way through 22 floors. I do wish that the game came with some Game Center achievements, as I think this would have been a perfect title for some hilarious accomplishments. After all, how could you not find funny situations in a stealth game that takes place at work, of all places?

The game is a priced a bit high, but I believe that it is worth the $4 price tag if you’re a stealth game fan with a deep appreciation for the classic, pixelated look and quirky chiptunes. Check it out in the App Store as a universal download for $3.99. 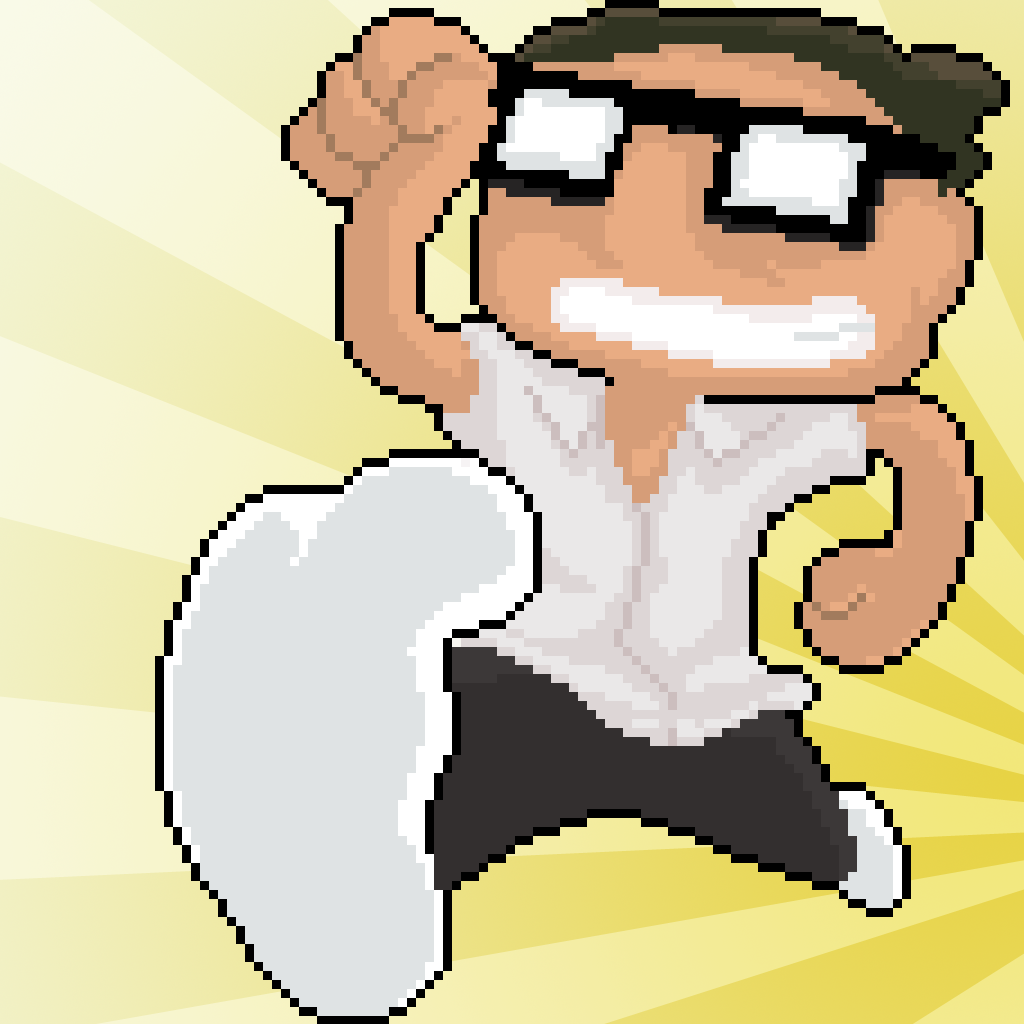 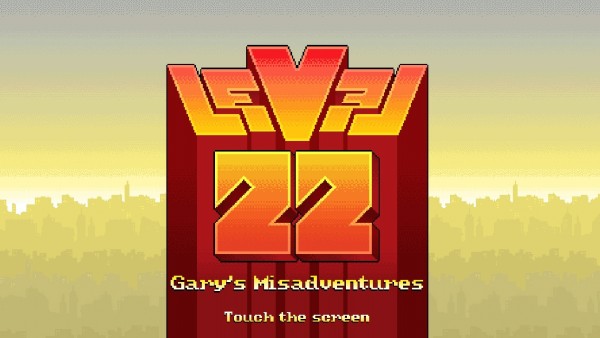 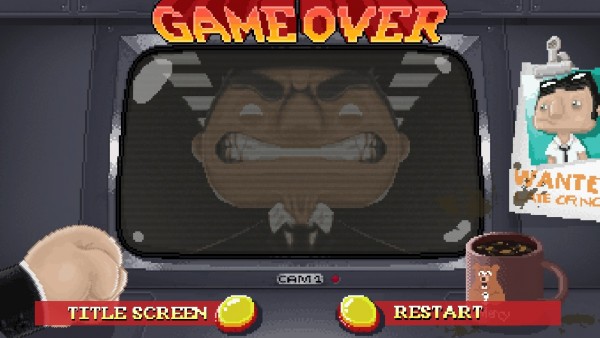 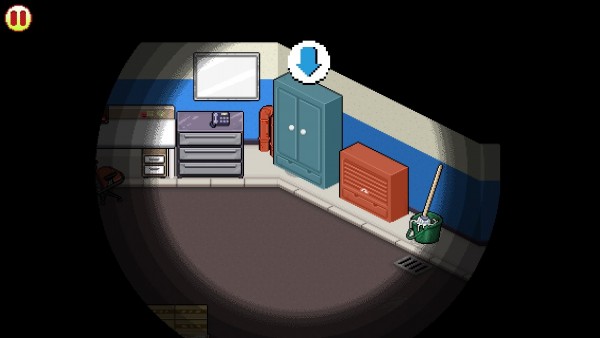 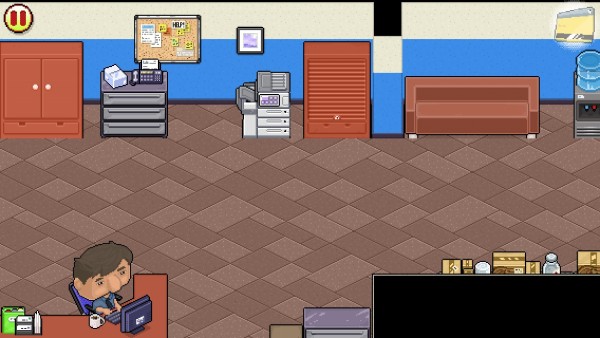 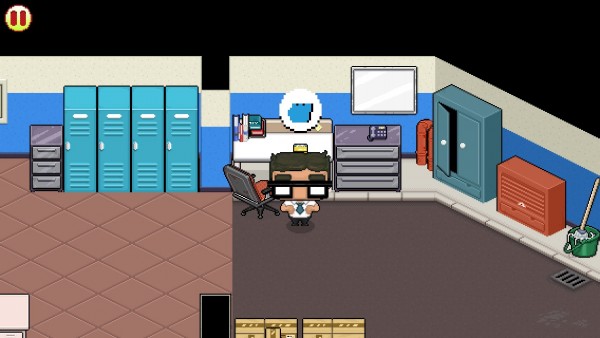 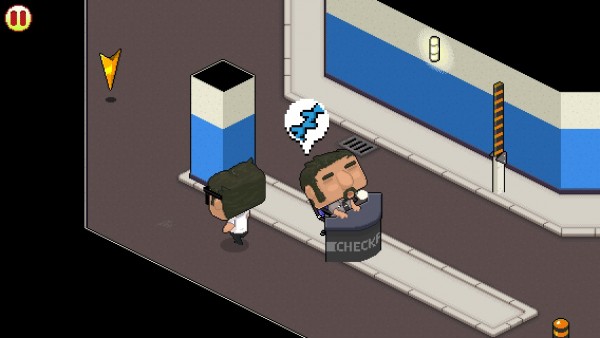 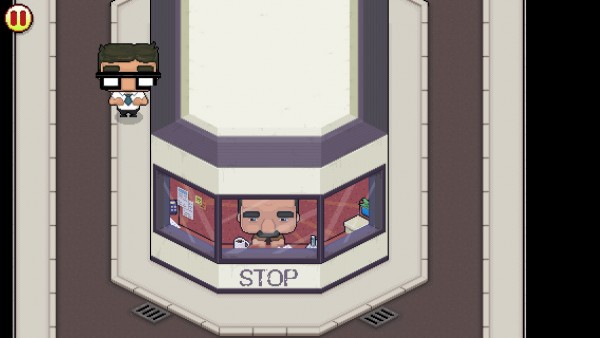 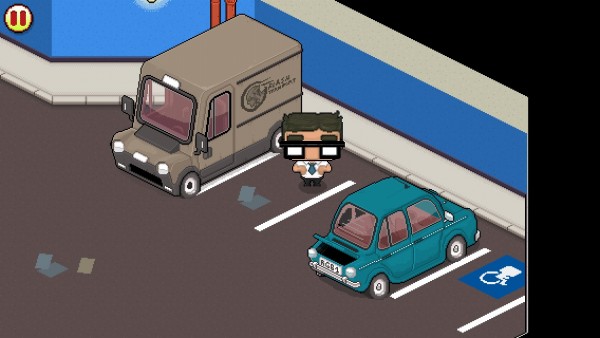 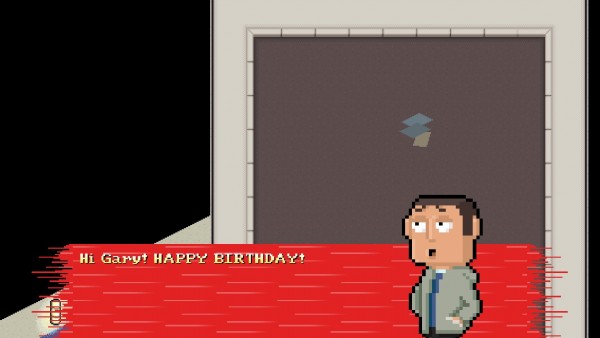 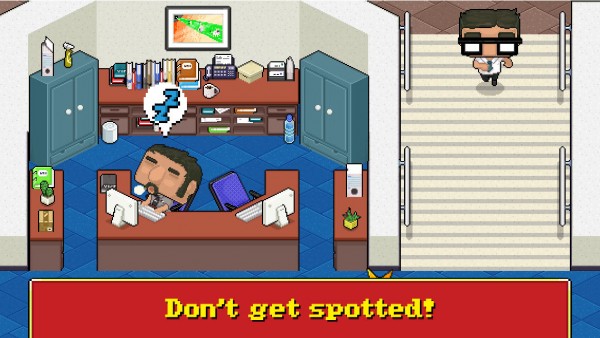 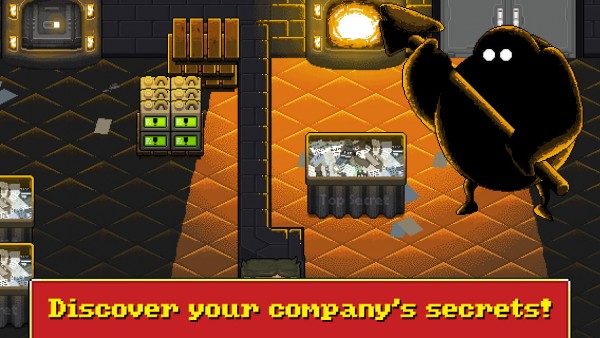 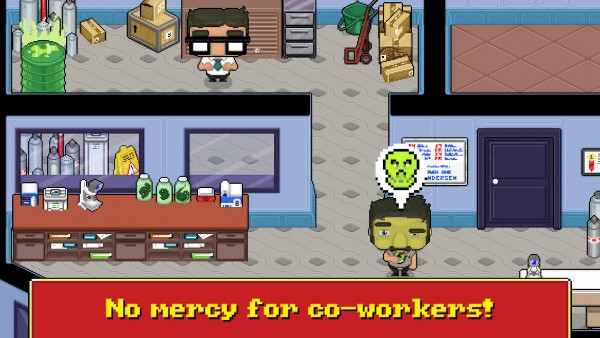 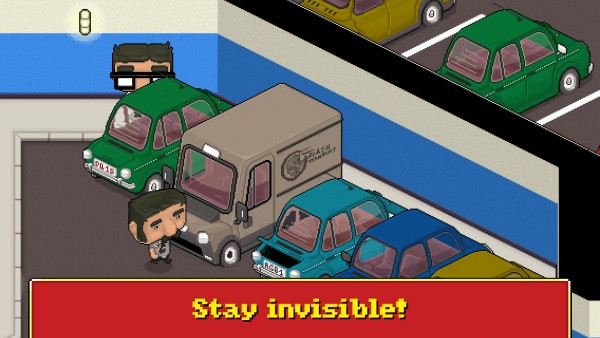 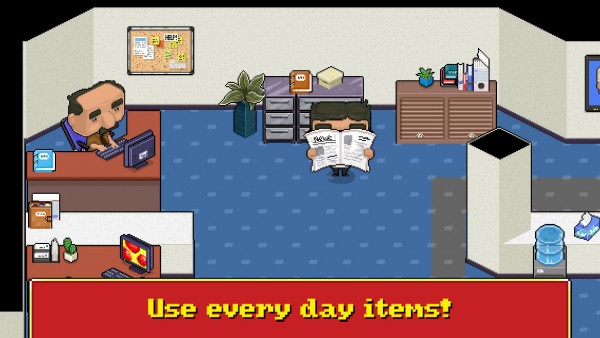