You are using an outdated browser. Please upgrade your browser to improve your experience.
by Christine Chan
August 20, 2013 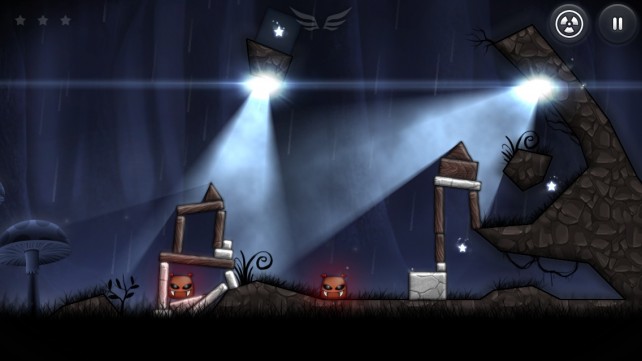 Lums ($0.99) by Vladimir Hrincar is a physics-based puzzle game that is reminiscent of Angry Birds, but requires a bit more skill than luck.

I love physics-based puzzle games on iOS — they are a great way to kill time, and these are games that seem like they are made for the touch screens that we use everyday now. However, I am definitely not a big fan of Angry Birds, where it is much more dependent on luck. I prefer my games to be based on skill, even if I am not the best, at least it’s not all about getting a fluke to win. I stumbled upon Lums while I was perusing the App Store a while back, and am just getting a chance to play it now. If you’re a fan of skill-based games, and enjoy physics puzzlers, then this is the game for you. 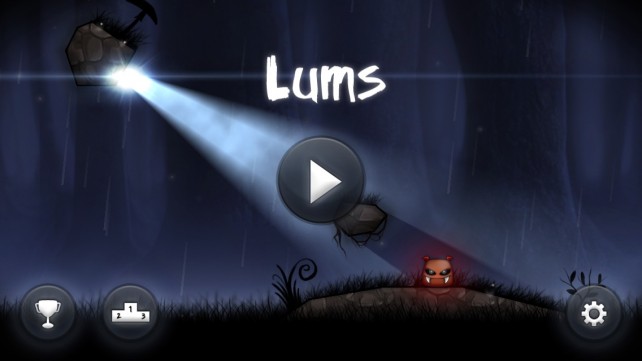 You have the Lums, who are out to destroy the vampires of the night that have invaded their world. The only way to accomplish this is to destroy their hideouts and expose them to the light. I’m in love with the beautiful graphics that the game features, where the environments are dark but incredibly detailed, especially with the light and shadows, and even the background. The Lums all have their own charming personality that is shown in their character models as well. The game’s animations are smooth and fluid as well, as I experienced no lag on my iPhone 5. As far as music goes, Lums features a delightfully haunting soundtrack as well as realistic sound effects, such as heavy storms.

There are three chapters available right now, with a fourth coming soon. Each chapter contains 16 levels for players to go through, and the second and third chapters are unlocked by earning enough stars. The levels will consist of some Lums, and your job is to help them fly and destroy the shelters that the vampires are in, exposing them to the light.

Tapping on the Lums will make them jump off a mushroom, and then you can control their flight path by dragging your finger around the screen. They will lose the ability to fly if they bump into an obstacle, so the maneuvering will take a lot of skill in order to not break it. There are stars scattered around that you will need to collect as well, so steering them to collect the stars and defeat the vampires can become quite a task. The further you get in the game, the more dangerous obstacles get introduced, such as laser beams.

To keep things fresh and interesting, there are several different types of Lums that you will need to use strategically. The Cannonball Lum is the one you start out with, and is pretty basic. You will find the Light Lum, who can make spotlights to burn the vampires, or the Antigravity Lum, who will make their shelters fly away. The Transparent Lum will make them glass, and the Stone Lum will turn all foes into stone. 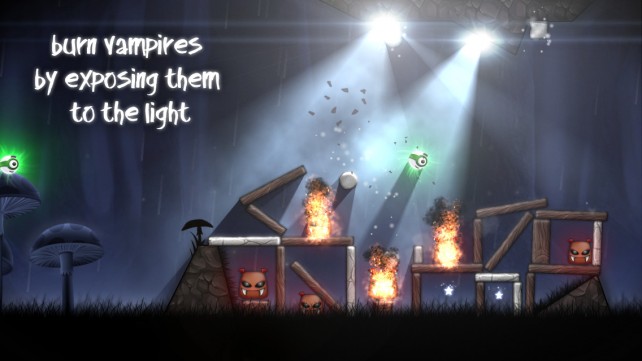 If levels get too difficult, you can use the premium Nuke power-up to destroy all vampires at once. However, these are only obtainable through in-app purchases, so be wise with them. You start out with only one, and more can be bought from $0.99 to $3.99. Levels are complete once all of the vampires are destroyed, and your score is determined by the stars collected, unused Lums, destruction, and time it took to complete.

I’m rather loving this game so far, as it is beautiful, haunting, and the gameplay is based on skill rather than luck. The controls will take a bit of time getting used to, as you pretty much need to keep your finger on the screen at all times, otherwise you will mess up. It also seems to require much more movement than needed to fully maneuver them, but this is not a big issue.

If you enjoy skill-based games, or physics-based puzzlers in general, then this is a game you need to check out. Find it in the App Store for $0.99 for your iPhone, or $1.99 for your iPad. 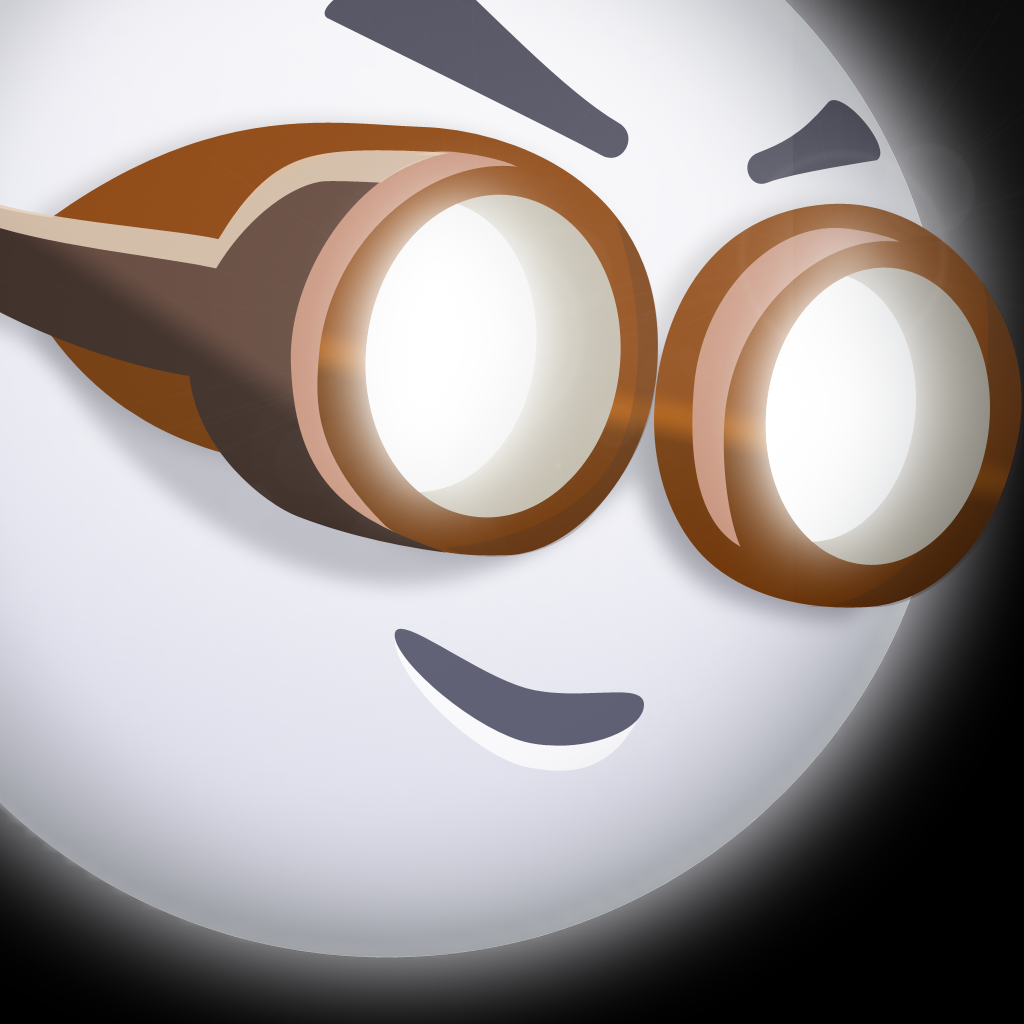 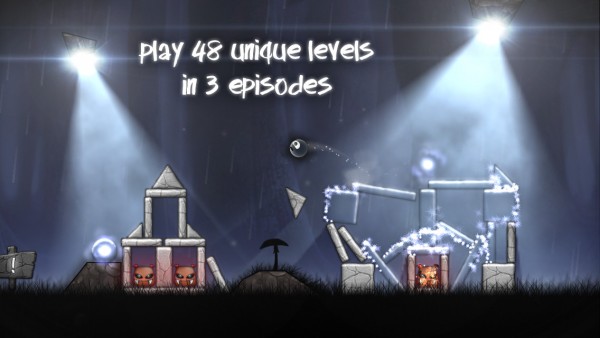 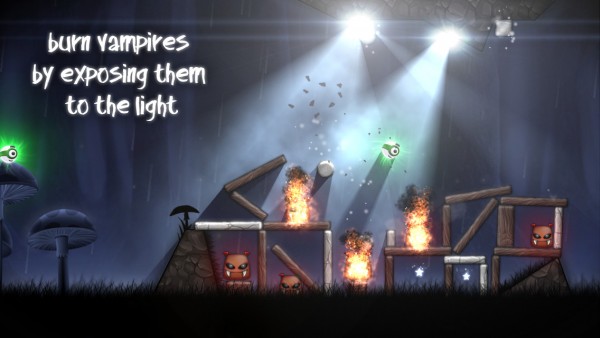 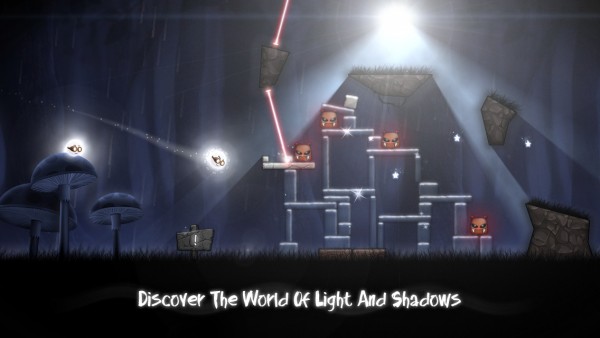 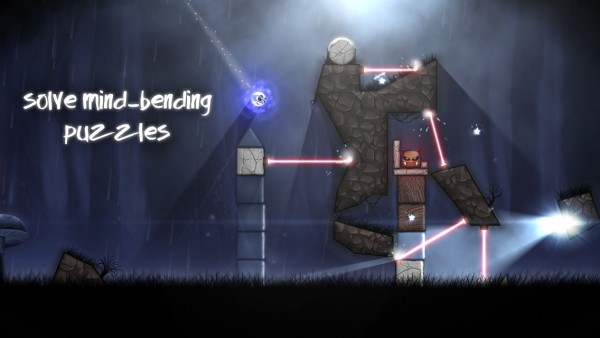 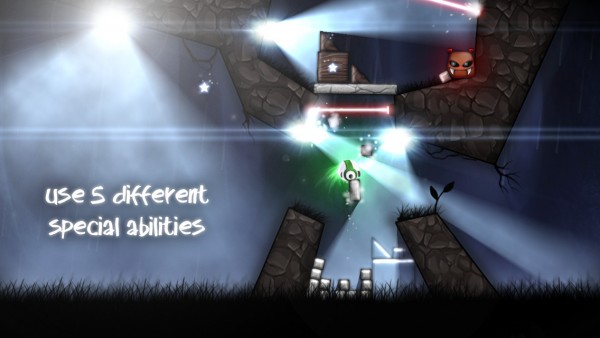 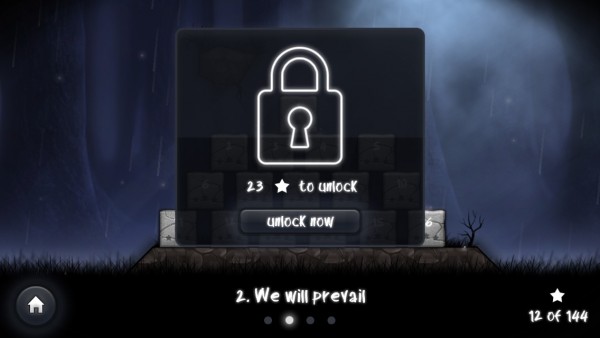 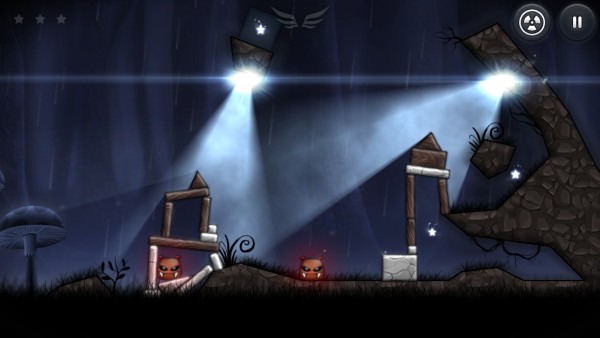 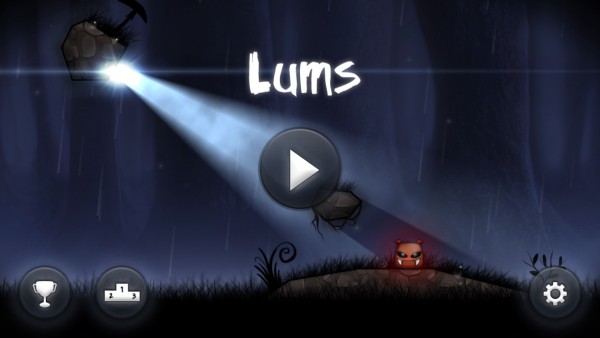 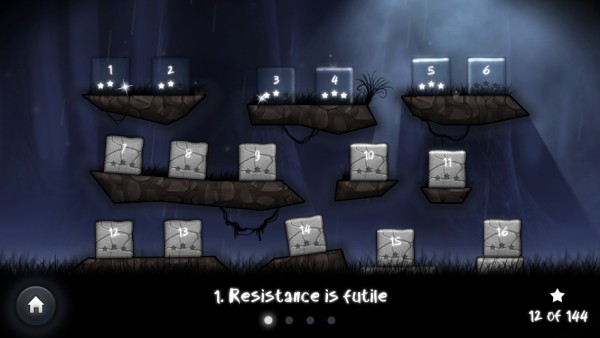 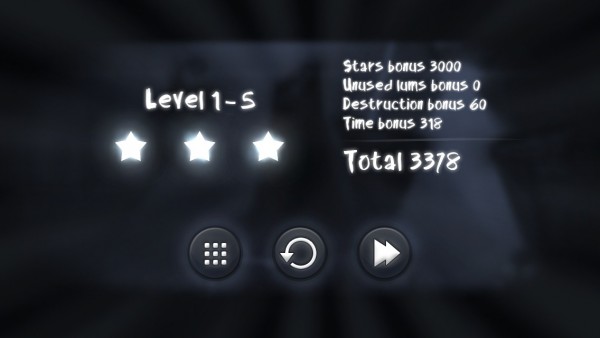 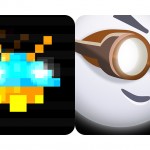 Today's Best Apps: Chillaxian And Lums
Nothing found :(
Try something else