You are using an outdated browser. Please upgrade your browser to improve your experience.
by Christine Chan
March 19, 2014 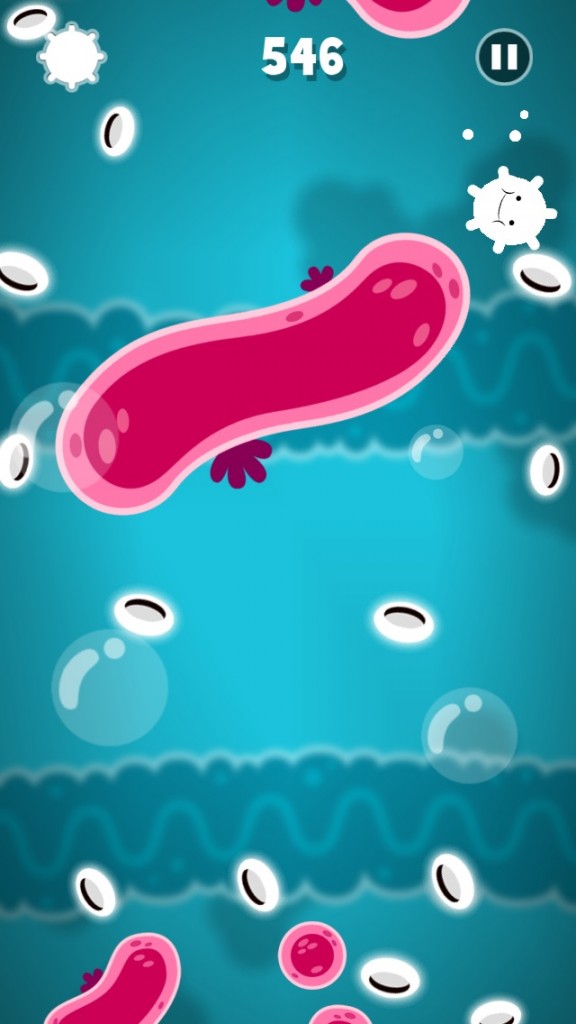 Microtrip ($0.99) by Arthur Guibert is a vertical endless runner that puts you inside the bodies of strange creatures. If you enjoy physics-based, procedural (randomly generated) fallers, then this is going to be an enjoyable addition to your collection.

While I’m a fan of endless runners, sometimes they just end up being the same thing, over and over. Fortunately, some developers think about this and add a refreshing new twist to the game, such as making it vertical instead of horizontal. And make it so that the experience is different with every run. Microtrip is one of those games, which is why I was intrigued by it when I saw it in the App Store. And so far, it’s proving to be quite a fun inclusion on my iPhone. 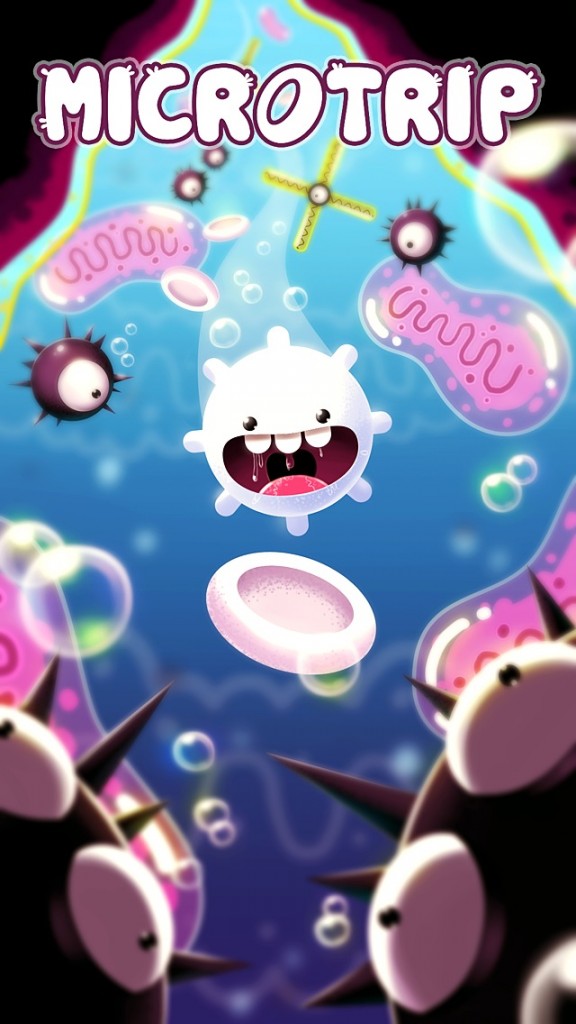 The visuals that are presented in Microtrip are an absolute delight. It may feature the kind of gross setting of being inside a living being’s body, but it’s tastefully done in a cartoonish way. In fact, you may not even think much of being inside a living being as you find your way through colorful areas, each filled with their own unique, and quite squishy, obstacles and hazards. Your character, a white blob, may not look like much, but you can’t help but love the adorableness of it. And while those scary black spike creatures are bad for you, they also ooze with their own charm (it must be their smiles). The game is incredibly smooth, running at 60fps, so there won’t be any lag as you play. The soft-body physics that the game has implemented is also fairly realistic. I mean, if you’ve ever been inside a living being that’s what you would think it’s like, right?

I’m also enjoying the soundtrack thoroughly. It’s a bit upbeat and whimsical, really adding to the overall personality of the game. The sound effects as you gobble up the white cells is also quirky and lovable.

There’s only one game mode in Microtrip, but it’s enough to help you kill some downtime whenever you have a chance. The goal is to get as deep as you can in this mysterious creature, while making sure to dodge the dangerous monsters and other obstacles like mines and sticky goo. But those white cells are your friends — eating these will keep your white blob character alive, and you can see your “health” in the upper left corner.

If you don’t collect the cells, this meter will deplete over time, and it can go by quite fast. If you keep it full, you may be able to take a hit from a monster, but then you’ll need to refill it before running into another.

The controls of the game are quite simple — all you need to do is tilt your device to move horizontally across the screen. I found the sensitivity of the controls to be great, as I had no problems with maneuvering. Optionally, if you don’t like tilt controls, you can change them to touch, and you move your blob left and right by tapping on the sides of the screen. Personally, I found the tilt controls to be a bit more accurate and quicker, but your mileage may vary. 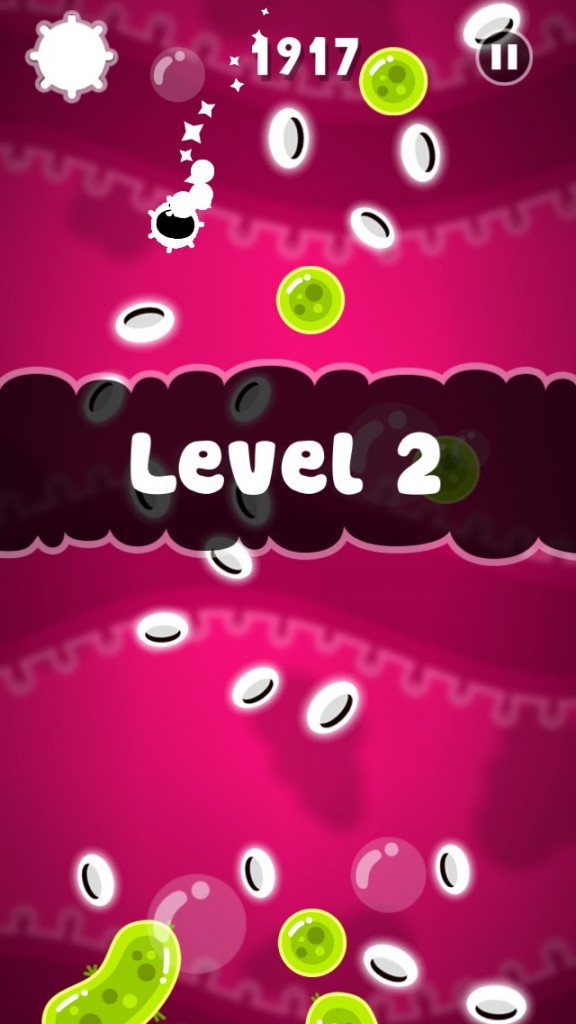 After you reach a certain distance, you will move into the next area, which will be the called “levels.” The colors and environment will change, and you’ll have other dangers and enemies to worry about. There are also pills that you can find scattered around in the game, and gathering these up will give your blob some special abilities to help you get farther along, such as shrinking your size to make it easier to maneuver through tricky spaces.

Scoring in the game is based on how far you are able to get before you die. The game concept seems pretty easy, but things do get more difficult as you go along. There is full Game Center support for the competitive types, with local and global leaderboards available.

I’m enjoying Microtrip so far, as the graphics and music are delightful, the procedural levels mean you never get the same game run twice, and the difficulty goes along at a steady pace. However, since it is only one game mode, it can become a bit repetitive over time, so I hope that the developers are considering having different game modes to spice things up in the future. Perhaps there could even be a more “extreme” mode that ups the difficulty considerably for those who really want a masochistic challenge. And adding in Game Center achievements wouldn’t hurt either, as well as an iPad version.

Still, if you enjoy endless fallers and like them with cute microscopic organisms and soft-body physics, then Microtrip is worth checking out. You can get it in the iPhone App Store for $0.99. 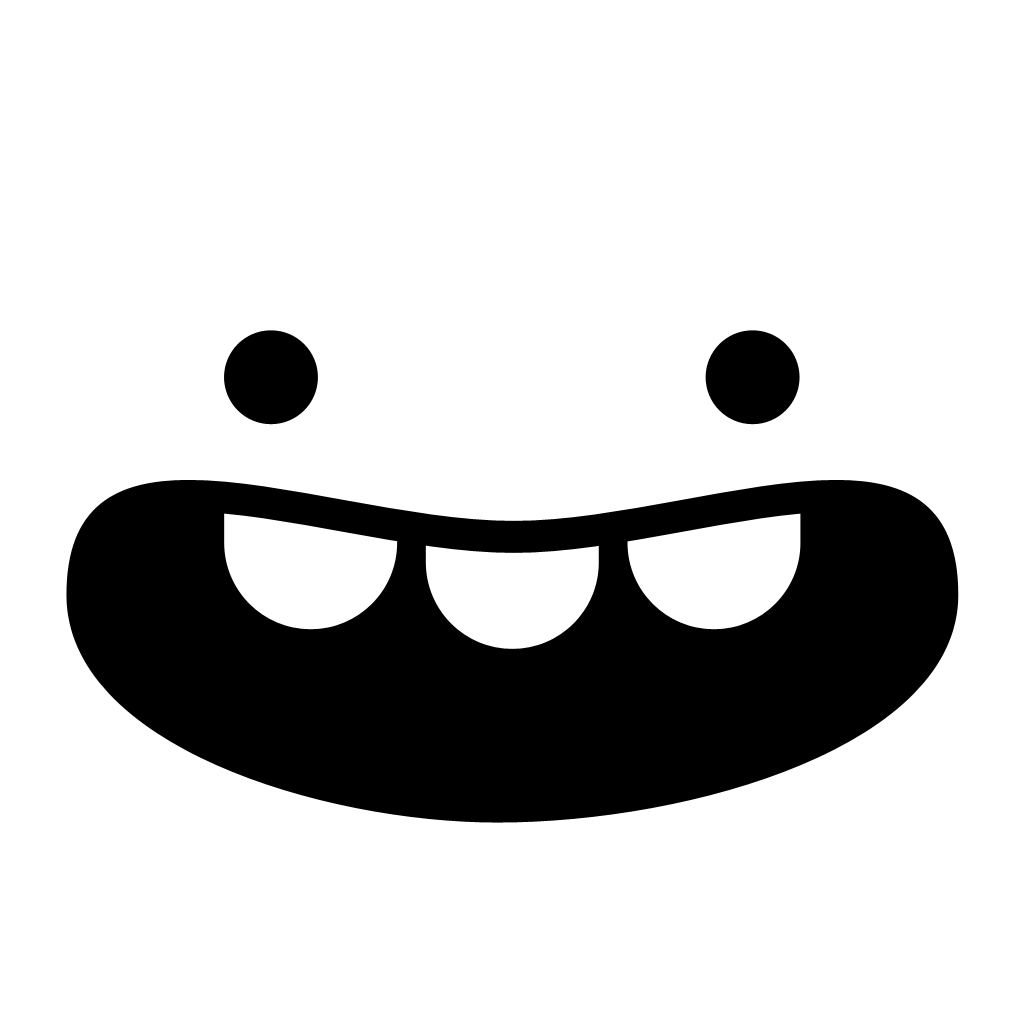 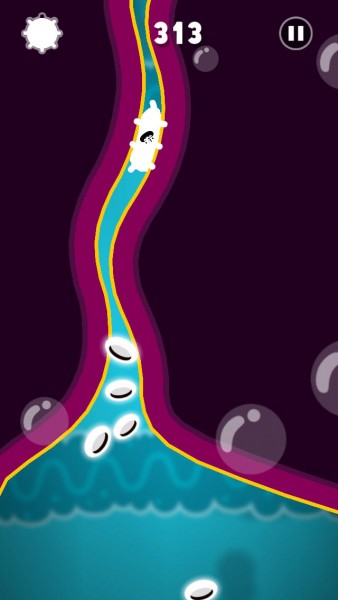 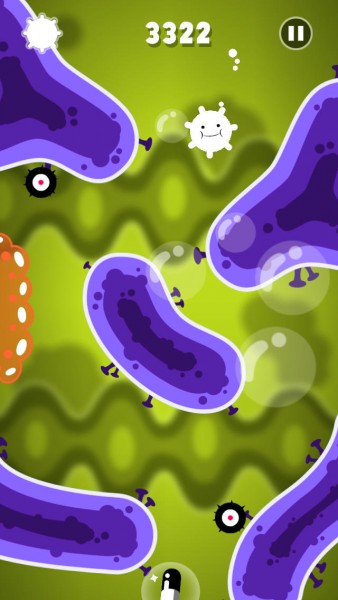 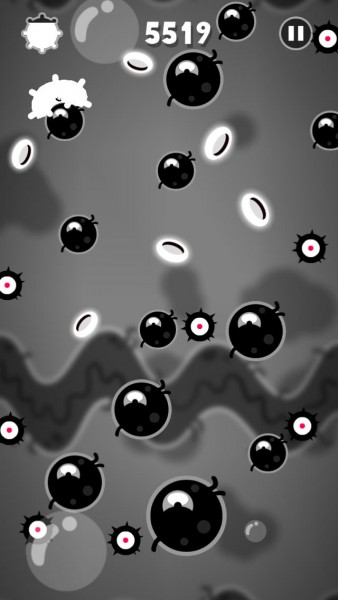 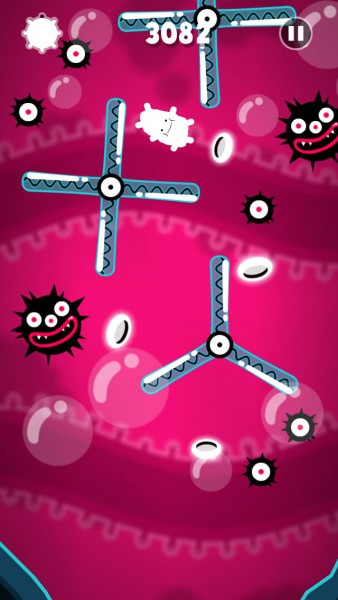 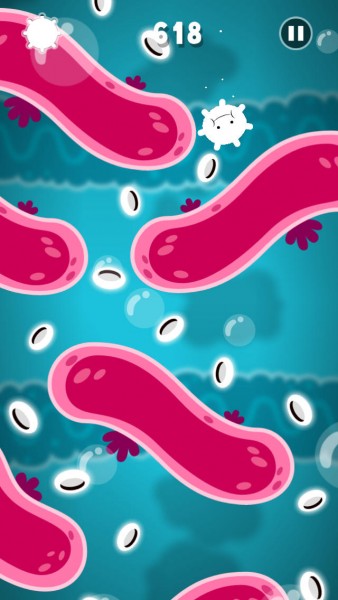 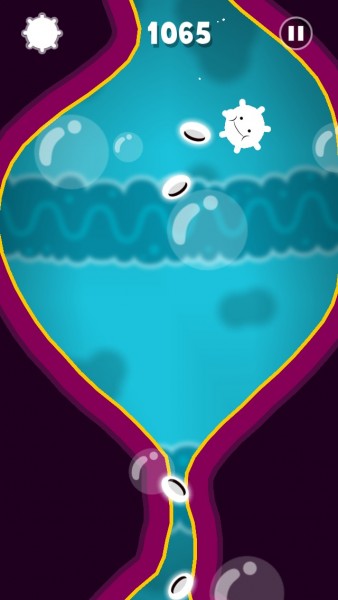 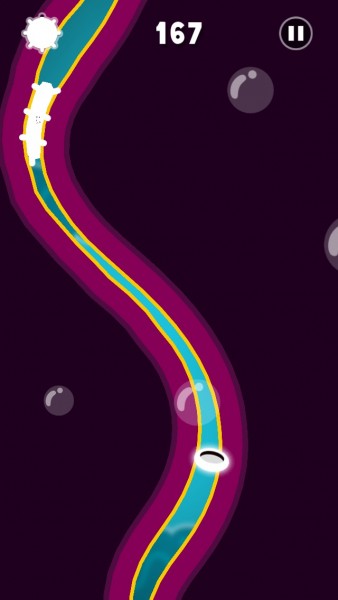 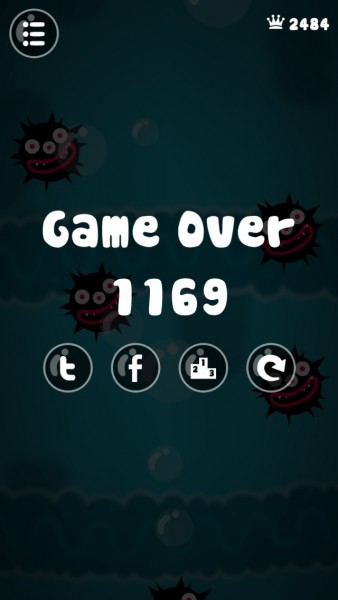 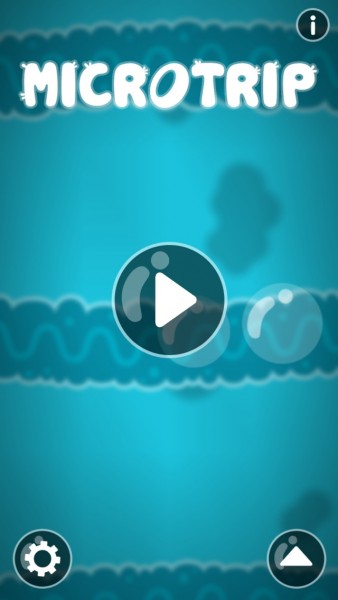 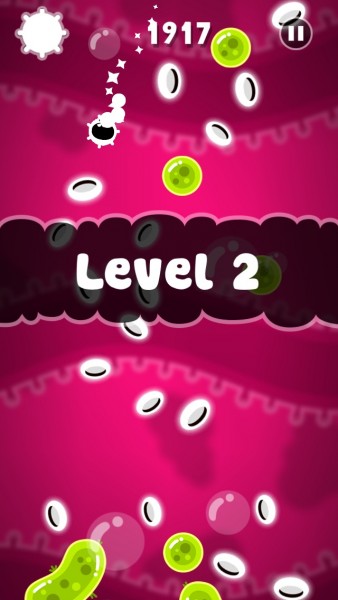 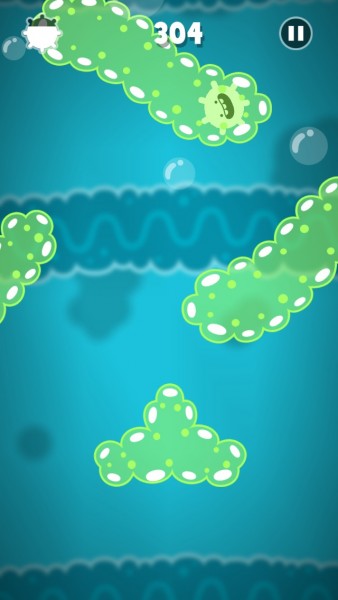 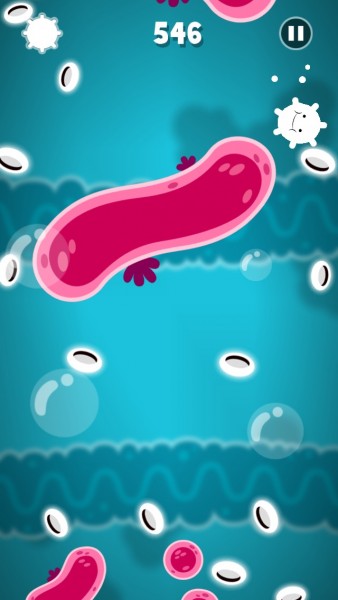 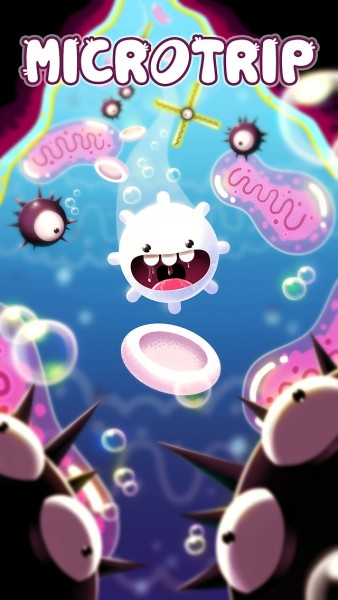 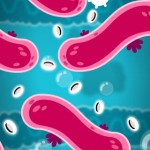 Go On A Physics-Based Microscopic Adventure In Microtrip For iPhone 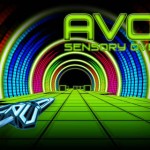 Prepare For A Sensory Overload As Endless Runner Avoid Reaches The App Store
Nothing found :(
Try something else