You are using an outdated browser. Please upgrade your browser to improve your experience.
by Christine Chan
June 23, 2014 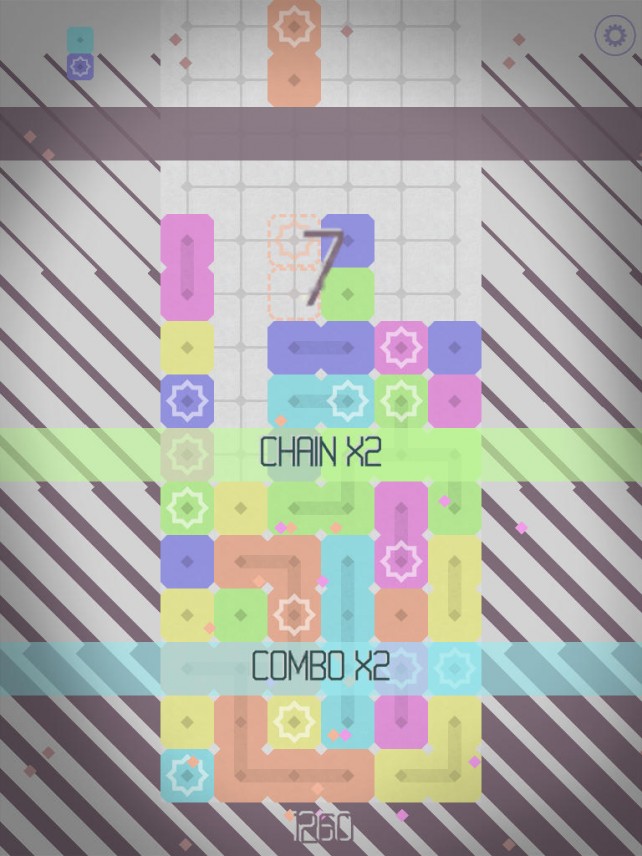 Penku (Free) by Chris Morrison is a simple little puzzle game that is reminiscent of Tetris. If you enjoy challenging puzzles, such as Swept and Fluxe, then you will like what Penku has to offer.

I grew up on Tetris, but then again, who didn’t? It’s one of those classic arcade puzzle games that everyone has played at some point, and it has paved the way for many Tetris-style games that are available now. While the original will always be the definitive puzzle game, the people who drew inspiration from Tetris are always putting a unique twist on the quintessential game, and Penku is unique and different enough to warrant your attention. 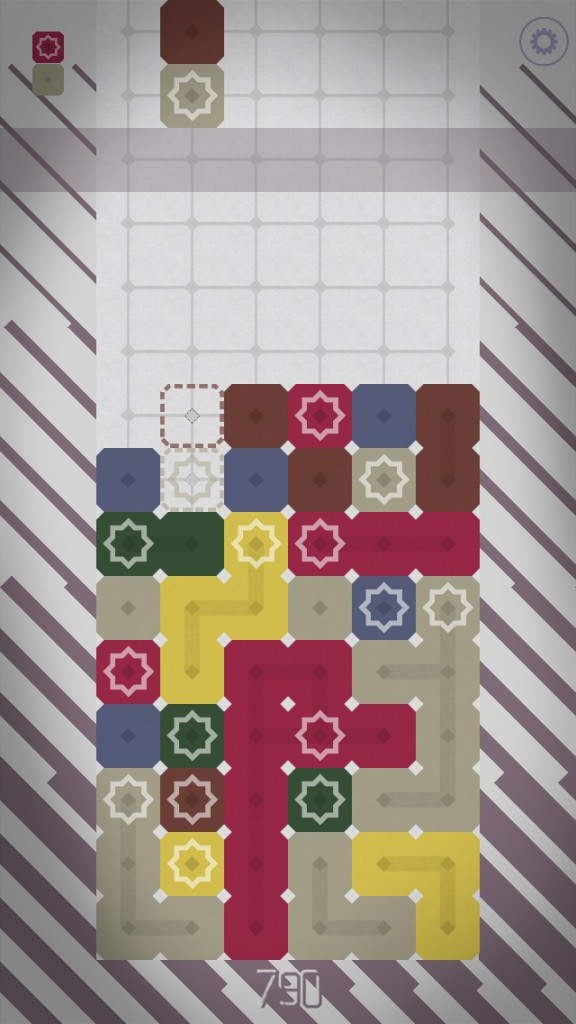 The visuals in Penku are minimal, colorful, and just downright beautiful. The graphics have the flattened design that iOS 7 is known for, so it fits in quite well with the overall aesthetics of your device. The game boards also feature attractive backgrounds and clean grids, while the blocks have smooth animations as they fall and get cleared off the grid. The game does not have background music to it, which I found a bit odd, but it does have whimsical sound effects as the blocks hit the board, though you can turn these off if you wish.

There is currently only one game mode available in Penku, and that is basically just to get as far as you can in the levels of increasing difficulty, and rack up as many points as you can. Things start off pretty slow and easy in the beginning, especially on your first play, but as you’ll quickly learn, things do get difficult over time.

The controls are easy and intuitive for touch screens. The game pieces in Penku will always consist of two blocks that are connected to each other. You can move them horizontally at the top, above the “drop bar,” by dragging your finger left or right. To make the piece fall, just flick down, or wait until the drop bar vanishes (the rate at which it will disappear is less as you get higher in level), which will release the piece, and you can’t change the positioning once it starts falling. You can also rotate the piece by tapping on the screen. A preview of the next piece will be shown in the top left corner, so you can strategize.

The game starts out with just a couple of colors for the blocks, but as you move up in levels, more colors are introduced, making things more difficult. Like any match-three puzzle game, your goal is to match up the blocks in groups on the board to clear them out. However, the twist comes with the Penku Stars — you can only get rid of blocks when they are linked with at least two Star blocks. 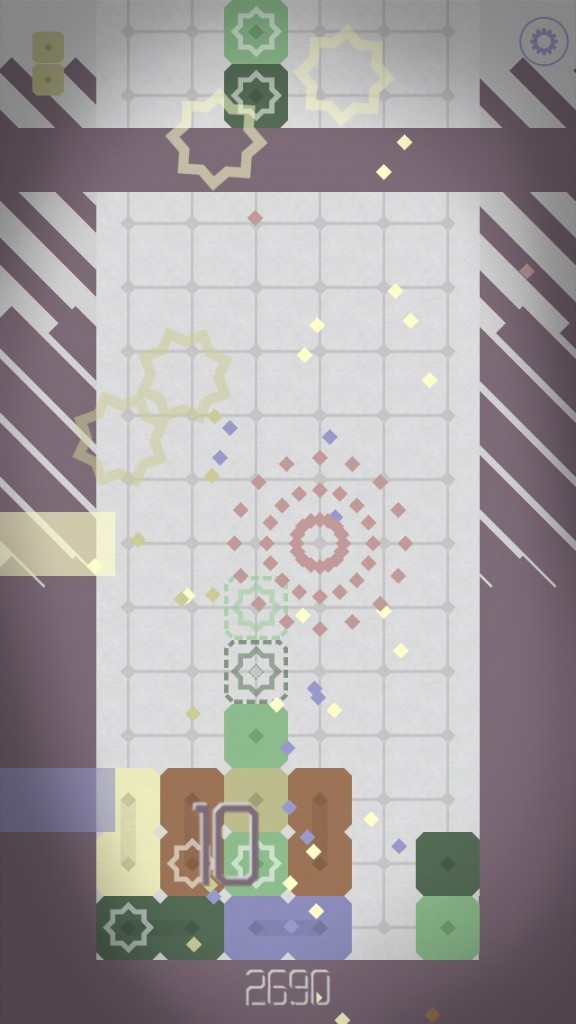 As you can imagine, the higher the level, the less the Star blocks will appear. You can link two Star blocks together, but for more points, you’ll want to combine several regular color blocks with the Star ones to clear out more in one match. The bigger the area, the more rewarding it is, but at the same time, there is more risk involved. If you are able to pull off a combo or chain, then your score gets multiplied, depending on how big of a reaction it was.

The game ends when a column reaches the drop bar. Your final score will be determined by the matches you make, but remember, bigger groups, combos, and chains will result in more points, so strategize carefully!

As someone who grew up with Tetris, I really enjoy games like this. Plus, Penku offers a fresh new take on the classic gameplay, which makes it even more challenging and addictive.

However, I did find that the default controls seemed to be unresponsive at times, resulting in an unwanted drop or it was one column off. I’m not sure why this was, but it happened randomly every now and then. I hope to see the controls even more optimized in a future update.

I highly recommend checking out Penku if you loved Tetris, or are just in the mood for a fun arcade puzzle game this week. You can find Penku on the App Store as a universal download for free. 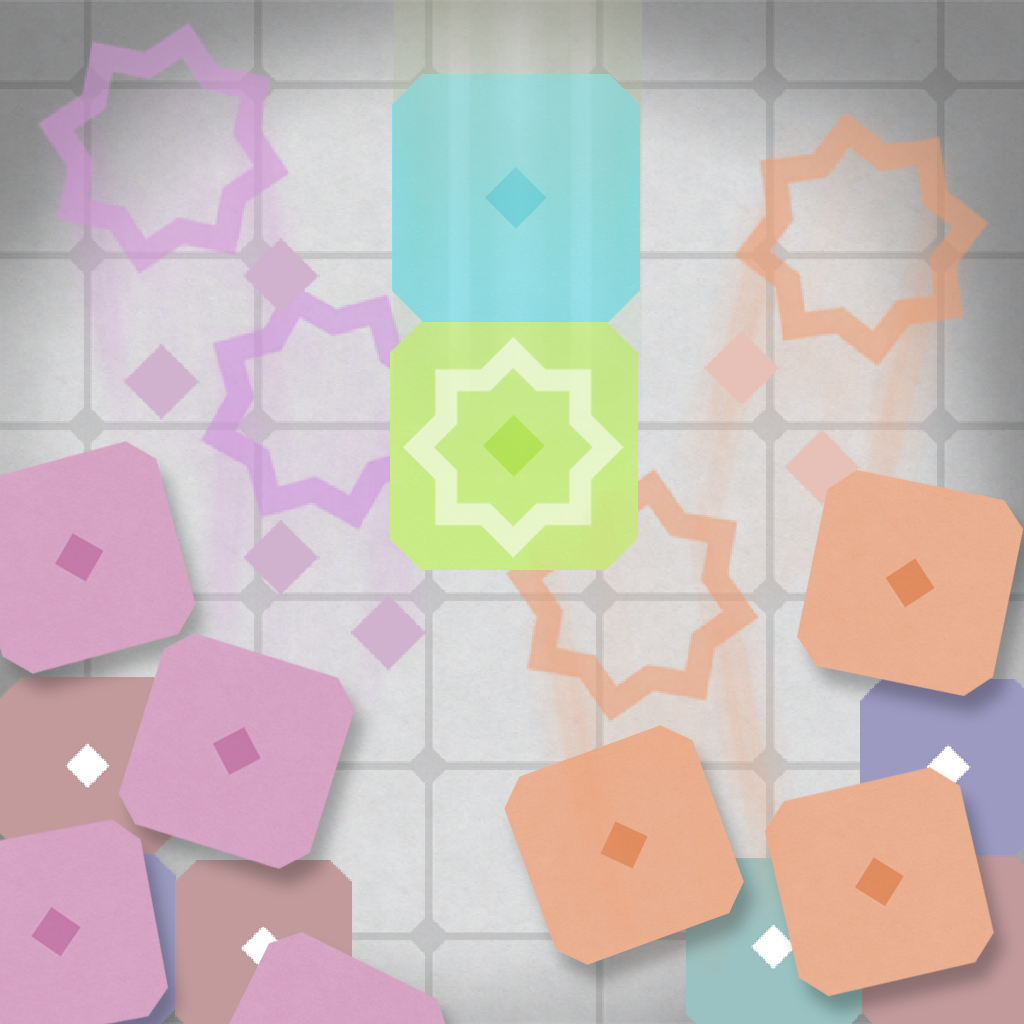 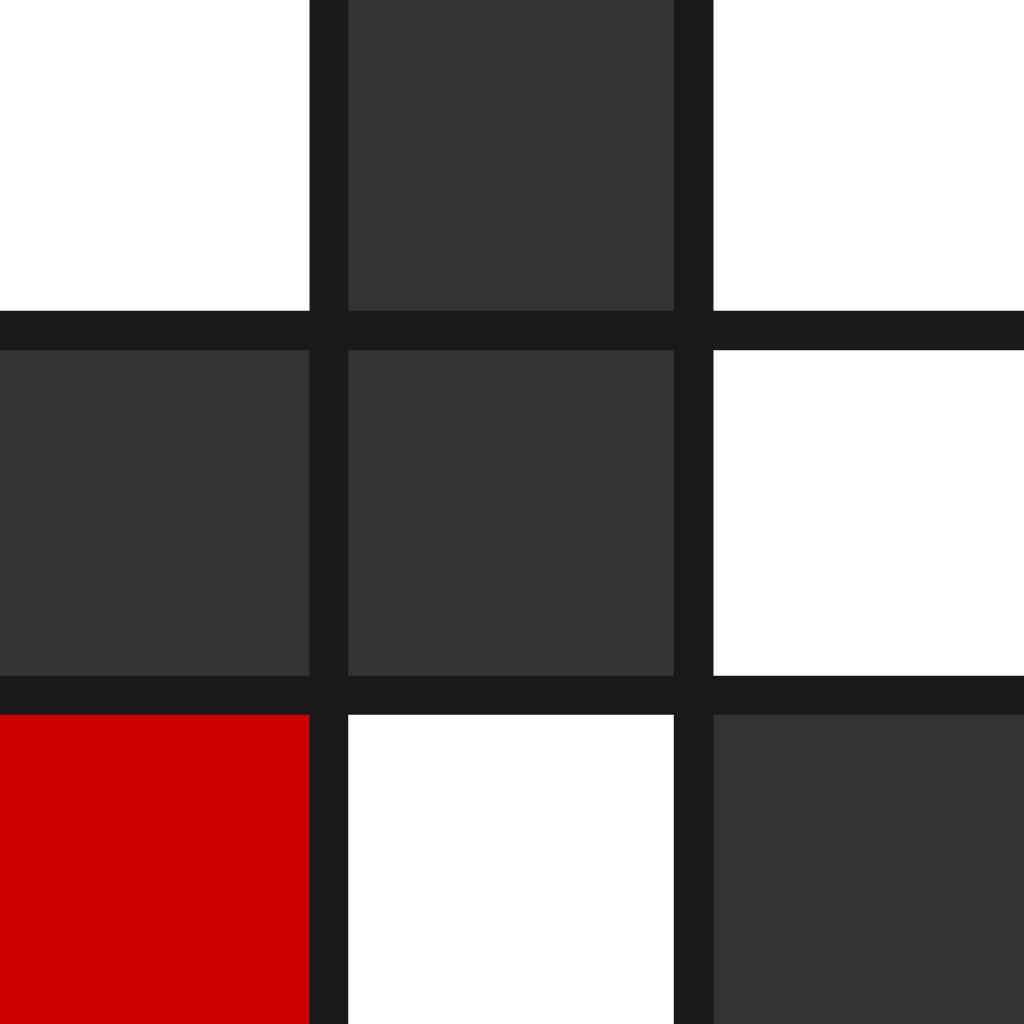 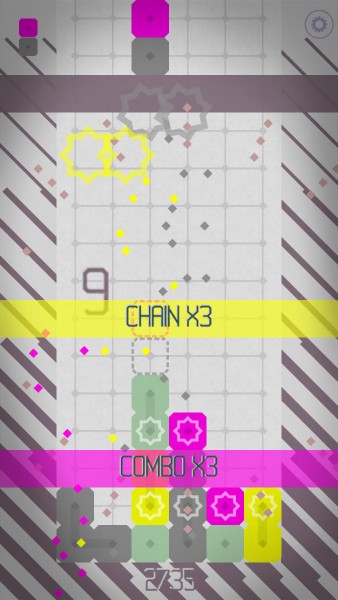 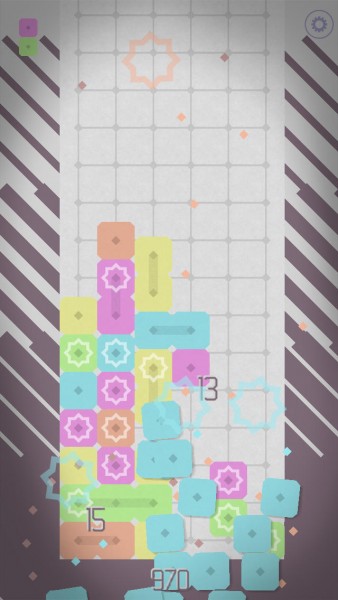 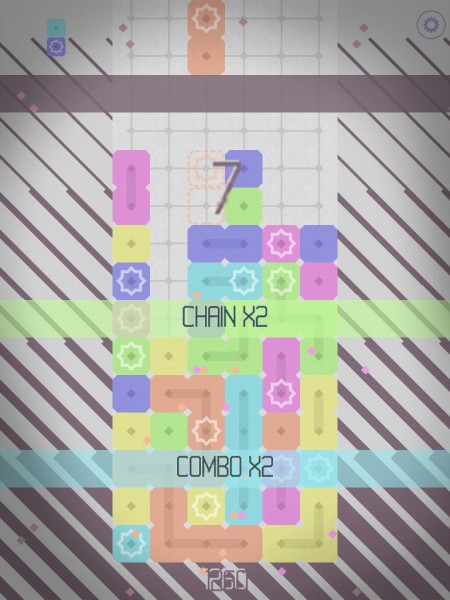 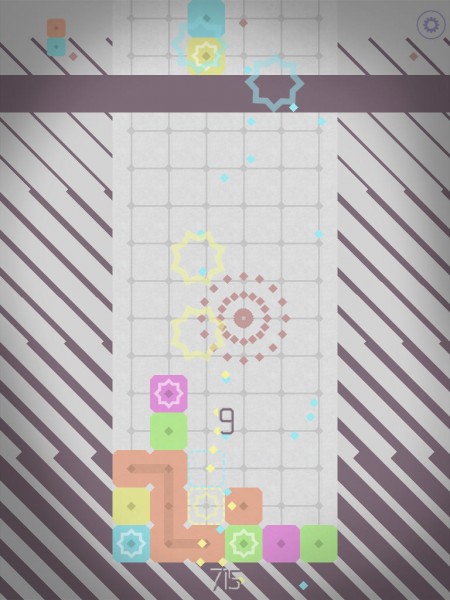 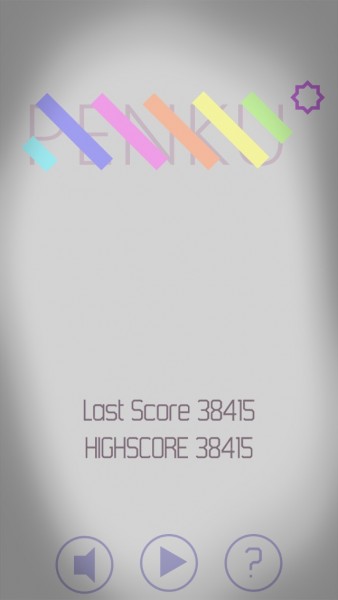 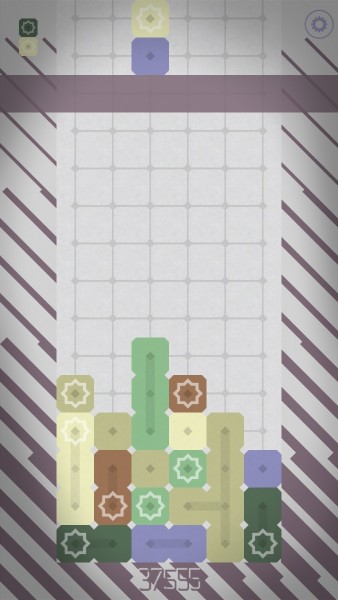 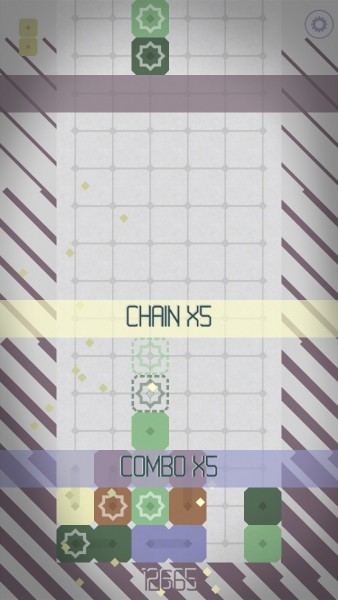 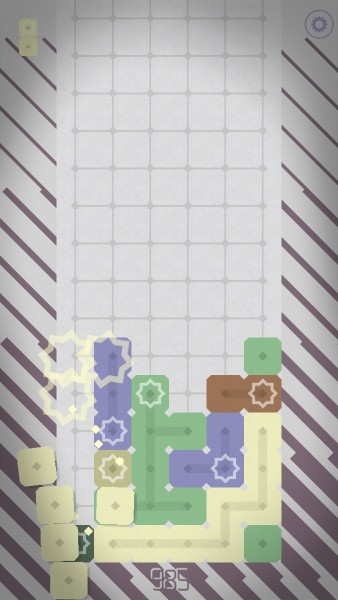 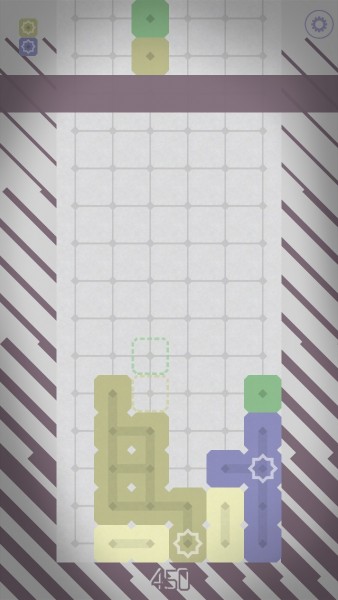 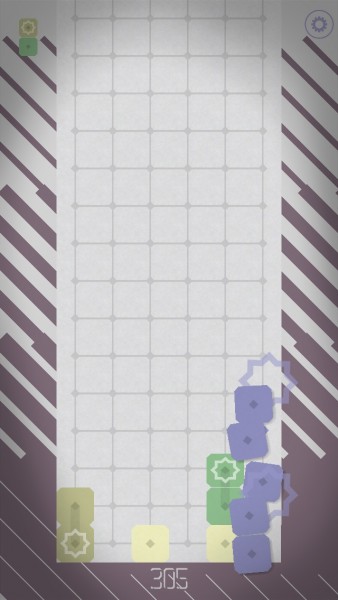 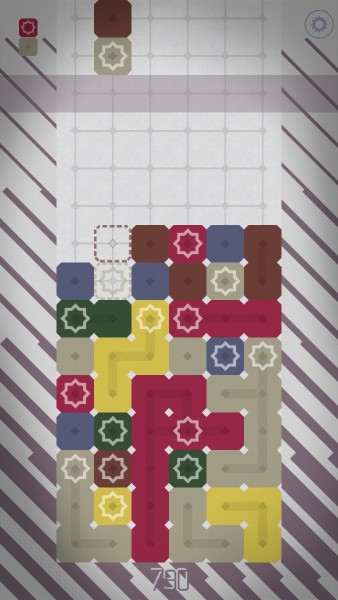 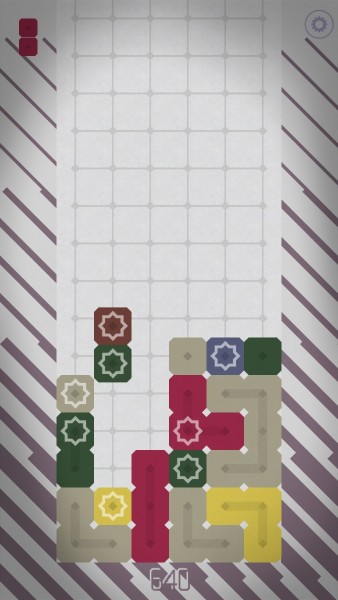