You are using an outdated browser. Please upgrade your browser to improve your experience.
by Christine Chan
February 24, 2017 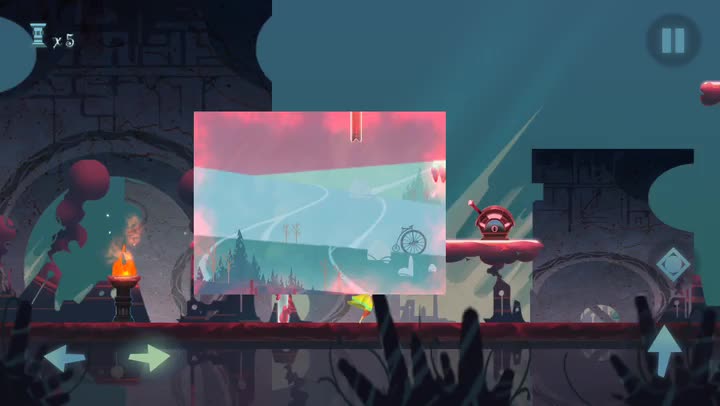 Lit the Torch ($0.99) by Beijing Corn Network Technology Co.,Ltd. is a unique puzzle platformer with a fun twist that is unlike most you’ve tried so far. If you enjoyed games like Badland 2 and Le Parker: Sous Chef Extraordinaire, then you will like what Lit the Torch has to offer on the App Store.

With so much going on these days, I find my solace in spending time with my boyfriend and playing video games to take my mind off of everything. A lot of my gaming is on the PS4 lately, but every now and then I return to my iPhone for gaming, specifically of the puzzle variety. I also grew up with platformers of all kinds, so naturally, when the two genres are combined, I can’t help but have the curiosity to check it out for myself, which is what happened with Lit the Torch. If you’re looking for a special kind of puzzle platformer to sink your teeth into this weekend, then Lit the Torch will not disappoint. 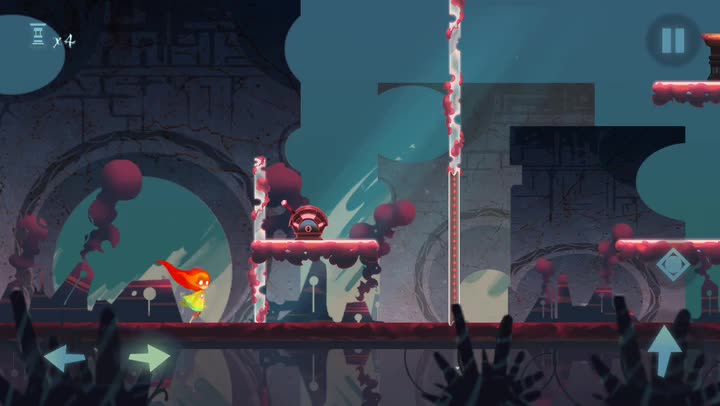 Visually speaking, Lit the Torch is downright stunning with a beautiful art style that is incredibly detailed. The game carries a somewhat dark and gloomy aesthetic that is full of soft, muted colors as well as darker and richer hues in the environment. There’s a minimalistic and flat look and feel to everything since it’s all done in 2-D, but the textures and other fine details are all present. The main character, a “Night Watch,” has a rather cute sprite that reminds me a bit of the protagonist in Limbo due to the glowing white eyes, but naturally, the Night Watch has a bit more life and personality flowing through her. Animations in Lit the Torch are smooth and fluid, though sometimes I felt that the movement of the Night Watch uphill was a bit slow, which gets annoying. Lit the Torch also features an ambient and atmospheric soundtrack that is a delight to listen to, so I recommend a good pair of headphones while you play this game. It’s rather soothing, adds to the overall tone of the game, and helps you focus on the puzzles that are at hand. As the developer’s first release on the App Store, Lit the Torch is a nice treat in the visual and audio department for puzzle platformer fans.

As per typical puzzle platformer fare, Lit the Torch is level-based. At the moment, there are 41 stages that are spread out across six different worlds, so there is plenty of content available for the price. Like many other games, players must go through each level in chronological order, so the game is fairly linear in that fact, but the game mechanics can be anything but. As a Night Watch, the objective is pretty straightforward: light all of the torches with your flaming hair, but things aren’t as easy as they seem. The Night Watch must get past obtrusive obstacles to reach the altar torches, and use their power to navigate a shattered, alternate timeline in order to get where they need to go. 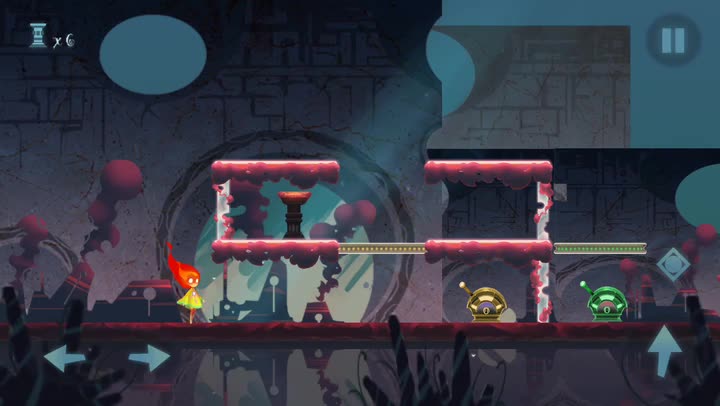 The control scheme in Lit the Torch is simple and intuitive. In the bottom left corner are two directional buttons for moving left and right. In the bottom right corner are your buttons for jumping and activating the portal, which is your Night Watch burning a hole through time essentially to view different altar placements in the past. Once the portal is activated, you can drag the window around on the screen with your finger to reveal many hidden secrets on the stage that you’ll need to use to achieve your goal. Eventually, you’ll also encounter other things, such as switches, that your Night Watch can interact with just by moving on top of the object.

As I mentioned, the controls are easy enough for anyone to understand, but it does take a few moments to get used to. You’ll have to constantly toggle the portal and move it around to reveal hidden areas that will help you solve the puzzles, and make sure that you don’t lose your place on platforms. But once you get the hang of things, the game is surprisingly satisfying.

I’m still pretty early on in Lit the Torch, but so far I have enjoyed the game. It’s definitely something that’s different on the App Store, which is always refreshing to see these days. The graphics are gorgeous, the music is charming, and the controls are easy enough for anyone to learn on the fly. If you’re a fan of puzzle platformer games in general, then Lit the Torch is one that you should check out this weekend.

Lit the Torch is available on the App Store as a universal download for just $0.99. There are no in-app purchases. 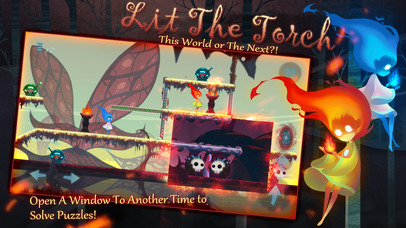 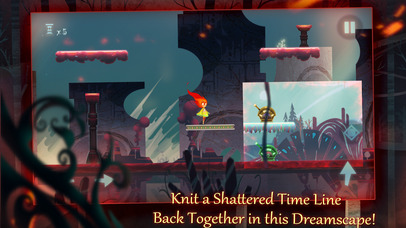 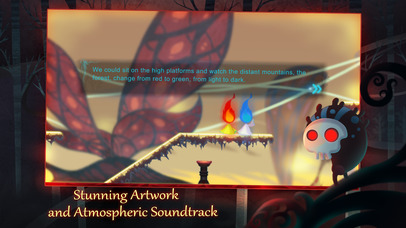 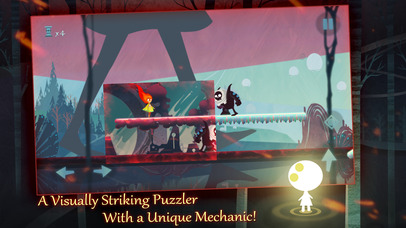