You are using an outdated browser. Please upgrade your browser to improve your experience.
by Christine Chan
January 24, 2017 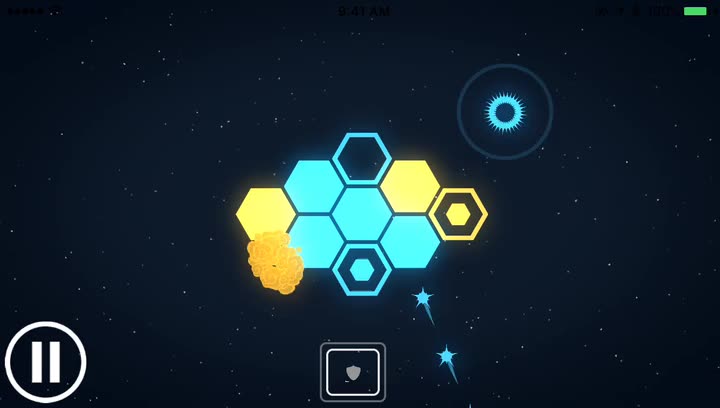 Lunaform ($0.99) by Chronobit Studios is a puzzle arcade game that is similar to the classic Breakout gameplay, except in reverse. So instead of breaking the cells, you’re trying to fill them up with color. If you enjoyed games like ZenDots and Gray Cubes, then you will like what Lunaform offers.

Lately, most of my gaming is done on my PlayStation 4, but when I’m on-the-go, I turn to my trusty iPhone 7 for my gaming needs because it’s always with me (sorry 3DS). If you’ve followed my work here at AppAdvice for the past few years, then you’ll know that I love a good puzzle game on my iPhone, because I find them challenging and stimulating while also being relaxing. Another genre that I enjoy are arcade games, because how can I resist the satisfaction of beating my own high scores? Naturally, when you combine puzzle and arcade together, I’m all over it, and that’s just the case with Lunaform. 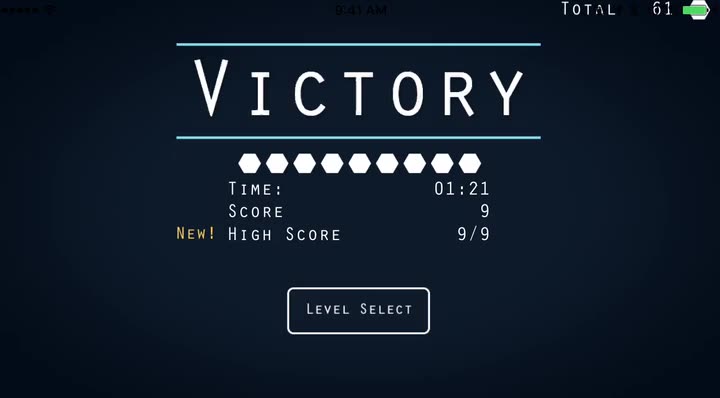 Visually, Lunaform carries a rather simple and minimalistic design that is clean and pleasant to look at. It also has a bit of the low-poly aesthetic when you are choosing which planet (aka chapter) to play, and I thought it goes well with the overall minimalistic look. The game features a pitch black background to represent space, and the bright and vibrant colors of the planets, hexes, stars, and other game visuals provide a nice, stark contrast so that everything is easily recognizable. Animations in Lunaform are pretty smooth and fluid, so I had no issues with lag on my iPhone 7. The ambient soundtrack is fairly soothing as well, so it’s nice to listen to and helps you concentrate on the puzzles in front of you. Needless to say, I think Chronobit did a good job in terms of the simplistic style and feel of Lunaform.

Like many other puzzle arcade games before it, Lunaform is level-based and players must complete each available stage in order to gain access to the next one. Once all of the levels are complete on a chapter, then the next planet gets unlocked. At the moment, the game has 36 levels that are split up across five planets, and there is one hidden planet that you’ll have to find on your own. Every stage has up to three stars that can be earned, and the final result depends on how well you managed to do before clearing the puzzle. While Lunaform starts out easy enough with the tutorial and first few levels, players will find much more intricate and complex puzzles as they go on and unlock the later planets. The goal of Lunaform is straightforward: fill up each hex shape on the grid with the incoming stars of the same color until all of them are filled. But watch out — if a hex is hit with a different color star, then it takes damage instead. It starts off slow enough, but the pace picks up gradually and the game becomes much more challenging.

Controls in Lunaform are intuitive and responsive. Each stage will consist of a grid of colored hex outlines, and you’ll see colored stars coming in from the edges of the screen. In order to get the hexes filled, they need to be hit by same-colored stars, and sometimes reposition is necessary. To do this, just tap on a hex piece and then tap on the one you want to swap it with (it doesn’t have to be adjacent). When the more complicated star patterns begin to come in, you’ll have to think fast and swap the hexes around quicker in order to make sure that the stars hit the right targets. In the game, it takes three star hits to fill up a hex completely, and five to destroy it. If the movement of the stars is too slow for you, just do a long-press on the screen to speed things up. When you have acquired some power-up items to use, a button appears in the bottom center of the screen — just tap on it to activate, but be aware that each power-up needs to recharge before it can be used again. 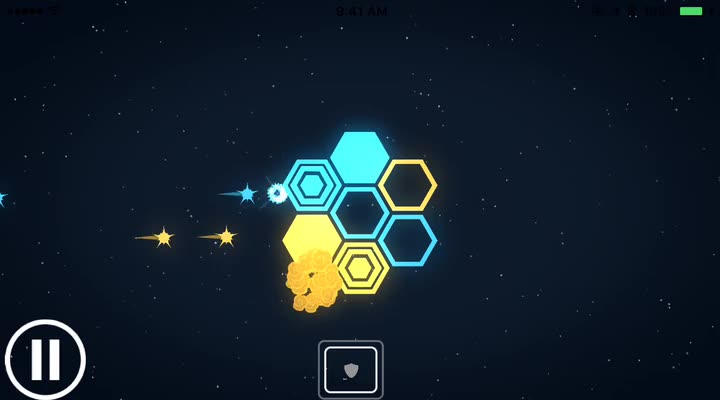 The power-ups that you acquire as you progress in Lunaform can make a big difference in the gameplay. Right now there are six upgrades available, and you can purchase them from the upgrade shop with the hex coins that you acquire from completing stages — the better you do (earn three stars by finishing quickly and as few swaps as possible), the more coins you get. When you’ve acquired a few upgrades, you’ll have to pick-and-choose up to three of them to take with you when you play, and you can swap them out at any time from the shop.

To keep the game interesting, there are also various types of hexes that are available on the grids as well. The beginning will feature just basic hexes, but soon you’ll find Bumper Hexes (change direction of stars), Locked Hexes (can’t be swapped), and Core Hexes that must be protected and can’t be destroyed or else you’ve failed. Different types of stars introduce themselves as you go too, such as Nova Stars that explode when they hit a hex so that they fill or damage hexes in the blast radius, Suns that have two normal stars orbiting it, and even Arc Stars that move unpredictably. When all of these different game mechanics are introduced, it adds a new layer of depth to the game and certainly keeps things fresh and fascinating — there’s never a dull moment.

I’ve only started to play Lunaform recently, but so far, as a fan of puzzle arcade games, I’m enjoying it. The minimal design with bright colors is pleasant to look at, the music is fun and whimsical, and the gameplay is unique and challenging. The controls are effortless so anyone can learn how to play, but it will take time and practice to master when it comes to the more intricate puzzles.

I recommend giving Lunaform a try if you’re into puzzle arcade games and need something new to pass the time with. You can find Lunaform on the App Store as a universal download for your iPhone and iPad for just $0.99. There are no in-app purchases. 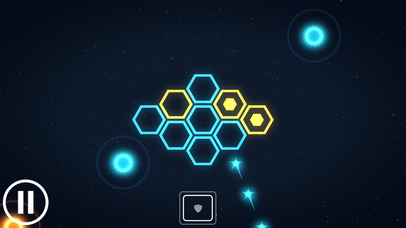 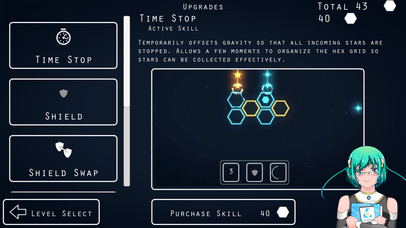 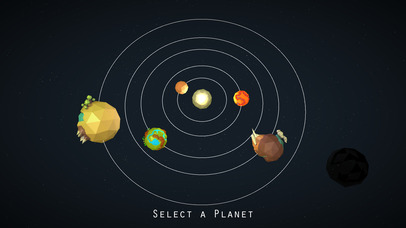 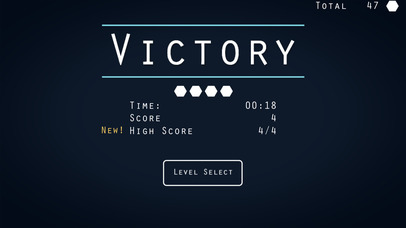 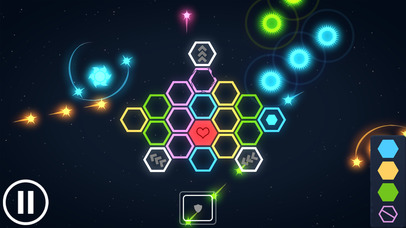