You are using an outdated browser. Please upgrade your browser to improve your experience.
by Christine Chan
October 26, 2016 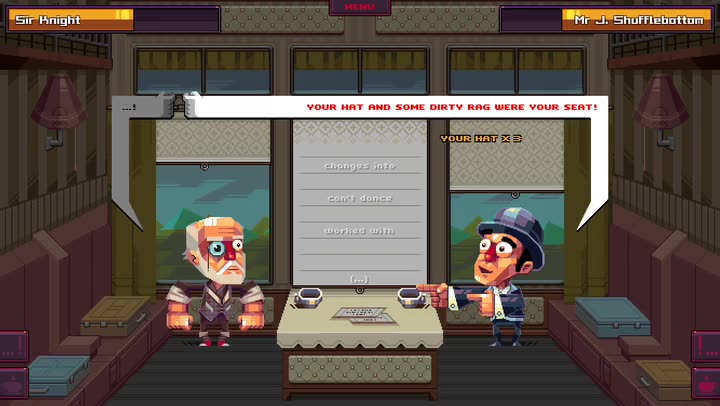 Oh...Sir! The Insult Simulator ($1.99) by Gambitious Digital Entertainment is the follow-up to the developer’s original insult battle game, Oh…Sir! (Free), which came out last year. The original Oh…Sir! only had local multiplayer mode, so if you want more, then the sequel takes the original concept and expands on it greatly. If you love British-themed insults and arguments, then Oh…Sir! The Insult Simulator is a game that will be right up your alley.

Since I come from an Asian family, I honestly did not have much experience with anything that originated from Britain as I was growing up. However, once I got my first job and became friends with my coworkers, I began to expand my horizons in terms of the things I knew about the world. I got into music and one of my favorite bands is from Britain (Muse), and later on I discovered great British television like Doctor Who, and talent like Gordon Ramsay. Ever since then, I’ve grown to love the British as a whole, as well as their fine cuisine and rich cultural history (always something to learn). I also find English arguments to be rather hilarious, such as this one between Gordon Ramsay and a chef (some language is NSFW). Naturally, when I saw Oh…Sir! The Insult Simulator on the App Store, I had to stop everything I was doing and check it out for myself. Needless to say, I’m not disappointed by what this game offers. 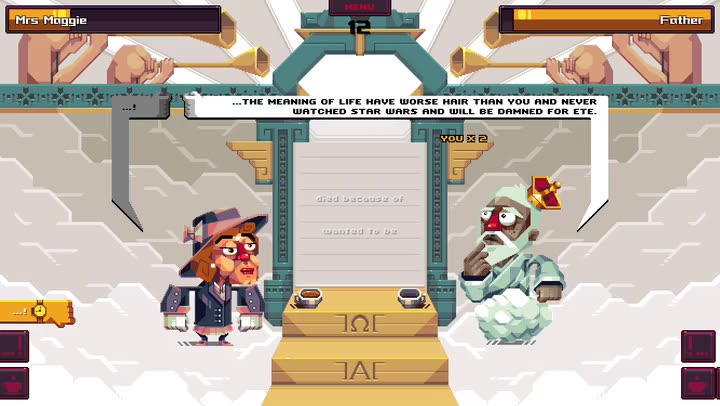 Visually, Insult Simulator features a retro aesthetic thanks to the stylish pixel-art graphics. The characters feature a unique, jagged patterns that give them more depth, thanks to the shadows. They all have their own distinctive appearance as well, complete with fashionable British garb. Colors in The Insult Simulator range from bright vivid hues to darker, gloomier tones, but no matter what you’re looking at, there is a good balance of contrast with all of the visuals. All of the character models are bouncing with personality and charm, and each of them have their own voice acting, which is incredibly well done. Animations are smooth and fluid, so I had no issues with lag or choppiness on my iPhone 7. The game has a fun and patriotic tune in the background, and each scenario has its own musical track as well. And to top things off, the sound effects as you land mighty insults are just downright fun to hear.

There are two modes that you can play in Insult Simulator: Insult CPU or Insult a Human. If you choose to go against the CPU, you can go with the Instant Argument or Tournament mode, and for beginners, there is a tutorial that shows you the ropes. If you prefer to play against a human, you can go either locally (same device) or online through Game Center. But regardless of how you choose to play the game, the objective remains the same: an argument ensues between your protagonist and another British character, and to settle the argument, you engage in a fight of words by slinging insults at each other. The first one to knock the opponent’s hit points (the bar above them) to zero wins the argument.

So how do you play The Insult Simulator? Before you start, make sure to choose your favorite character as your protagonist — you start off with three, but more become available as you play and unlock them. Then you pick your scenario, or if you’re in Tournament, you’ll have to go through five scenes in succession. Each scenario takes place in a chosen setting, such as The Pet Shop, Train, or even The Afterlife. Your protagonist encounters another Brit and the conversation plays out, resulting in some kind of disagreement between the two. Now that you’ve engaged in the argument, the only way to settle it is through clever wit and insults. 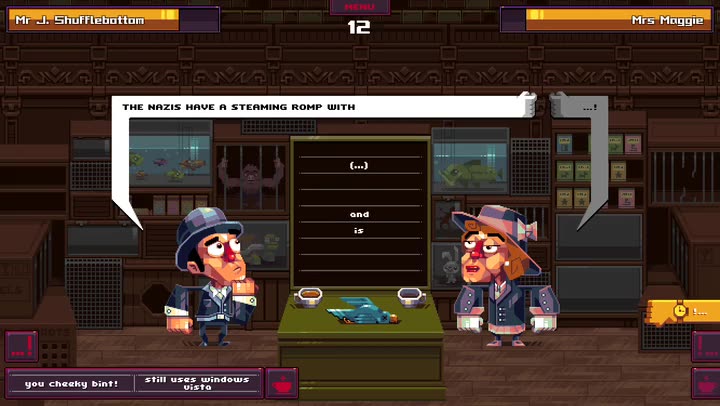 For the insults, each player takes a turn picking a word from the pool. The pool consists of nouns, verbs, phrases, and conjunctions. You also have two extra options in your “hand” that you can use if nothing good is left in the pool, and you can tap on the “sip tea” button to discard those two cards and get two new ones, though this can only be used once per turn. Your job is to construct a full sentence out of these words that also serves as an insult to your opponent. Once you are satisfied with your insult and feel like nothing can add to it, just tap on the “!” button. Your turn also ends automatically if you use words that end in an “!,” so make sure to use them wisely. If your sentence combination is not grammatically correct, you lose a few health points and that card can’t be used again.

Insults are scored by how insulting they are, but don’t make it so ridiculous or weird because you won’t get as many points if it is too implausible. You get bonuses for insulting the opponent’s family, age, or even country, and using the cards that end with “!” can net you some bonuses like style. And the longer and more elaborate your insult is, the better chances you have of dishing out a “combo” and doing more damage to your foe.

I recommend checking out Oh…Sir! The Insult Simulator if you’re a fan of British themes and want to try your hand at cleverly insulting your way to victory in an argument. You can find Oh…Sir! The Insult Simulator on the App Store as a universal download for just $1.99. There are no in-app purchases. You can also grab it on Steam for your PC, Mac, or Linux machine for 10 percent off until Nov. 1. 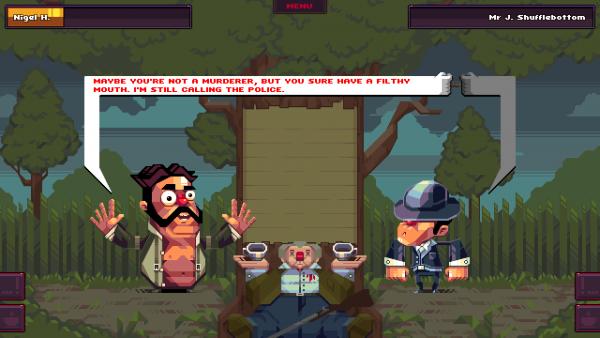 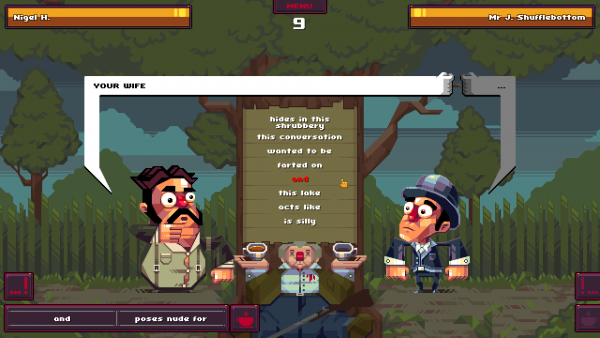 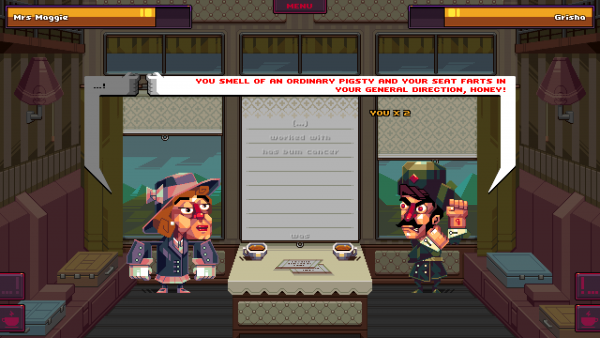 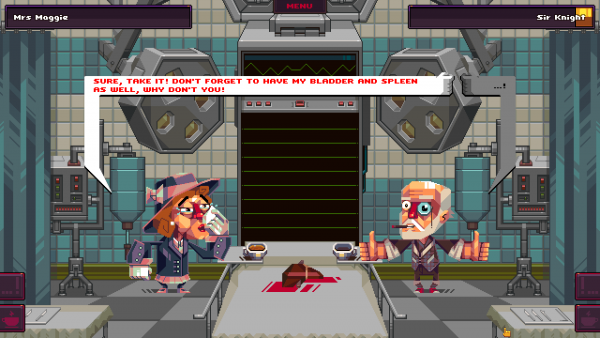 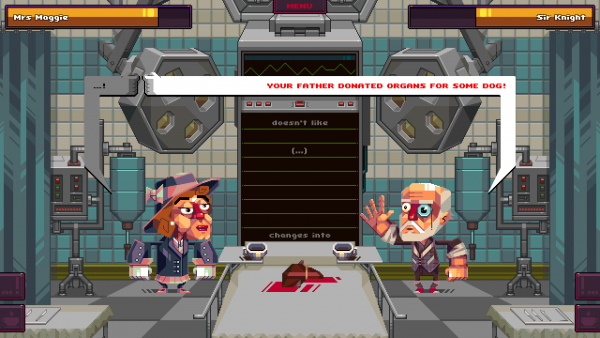 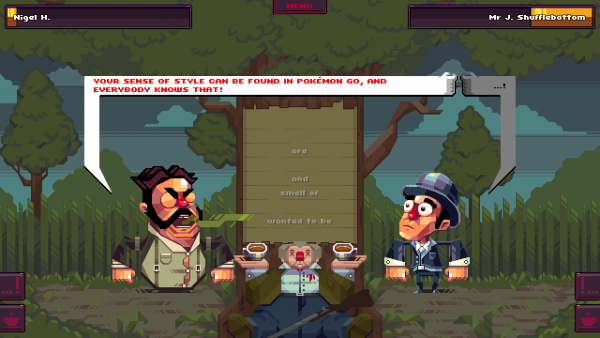 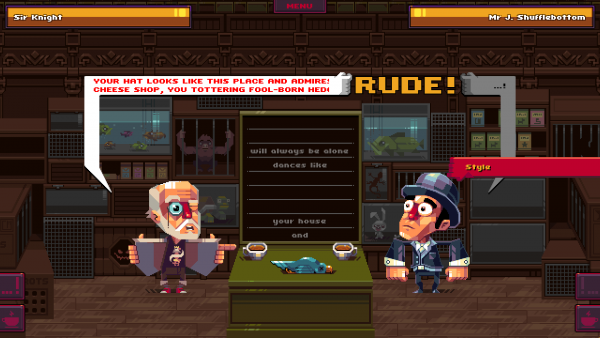 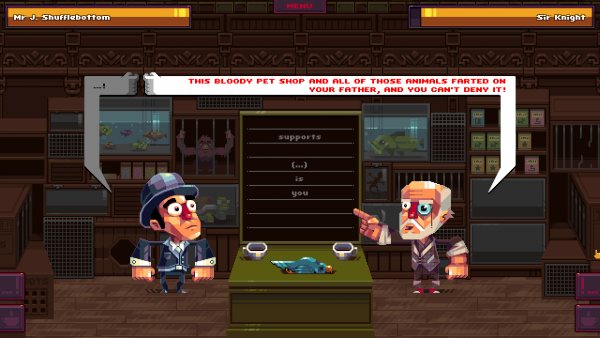 Can you arrange the letters right to complete Word One? 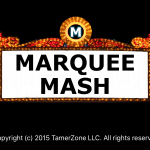 Solve clues with movie titles in the puzzler Marquee Mash
Nothing found :(
Try something else