You are using an outdated browser. Please upgrade your browser to improve your experience.
by Christine Chan
November 11, 2016 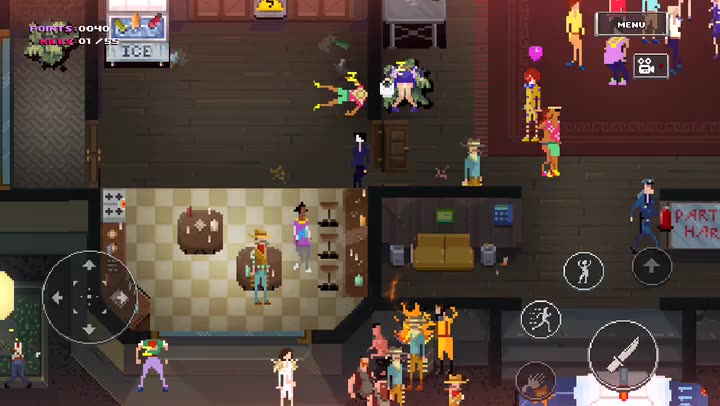 Party Hard Go ($6.99) by tinyBuild LLC and Pinokl is a stealth strategy game where you take on the role of a guy who is downright tired of the neighbors having loud parties all the time, so he decides to go and do something about it himself. If you enjoy stealth games that have a dark twist, then you’ll enjoy Party Hard Go. It’s the mobile port of the cult classic Steam game that came out in August 2015.

As I grew up, I never really found myself as the kind of person who enjoyed partying all the time — I prefer to stay in and watch movies or television with family or friends. When I first heard of Party Hard, I was intrigued because the concept of the game was interesting, if a bit dark, to say the least. I had the chance to try a demo of the game when I was at E3 2015, and it was definitely a fun little game that’s packed with humor to offset the gloom. I bought the game on Steam a while ago, but when I had always wondered when it was going to arrive on mobile, since tinyBuild is no stranger to the iOS field, with great little games like Divide By Sheep and Dungelot: Shattered Lands. But now it’s finally here, and appropriately named with the “Go” addition, as in you can party hard on-the-go. And if you love challenging stealth games, then you won’t be disappointed with this one. 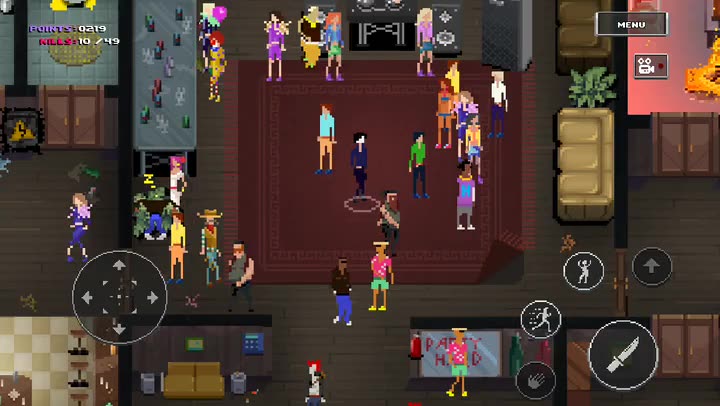 Visually, Party Hard Go is beautiful and plays a nice homage to the retro games of yesteryear with the pixelated art style. Each scenario contains a different party environment, and while it’s all pixelated, the developers paid a lot of attention to all of the finer details, which is evident as you play. How each room is laid out, the doors and connecting paths, traps, and even the zany characters that you may come across — you’ll be able to spot a lot of pop culture references scattered throughout, and everyone is bubbling with their own kind of personality, including you, as the killer. The settings are also rather flashy and dazzling with the everchanging lights and crazy props (like UFOs), and everything is dynamic and interactive, so you can use it to your advantage. The animations are smooth and fluid with no lag on my iPhone 7, the game’s quirky soundtrack goes along with the party setting, and the sound effects are fun to hear.

Party Hard Go features a total of 19 different levels that players can make their way through, and each stage has its own unique environment, along with random variations and events that can occur. And while you only have one character to start with, there are four additional ones you can unlock as you progress in the game, and they have their own distinctive traits. You’ll have to be successful in each party to gain access to the next area, and it’s a lot harder than you’d think. The goal in each level is simple: infiltrate the party as the killer, and kill everyone that’s there without getting caught, while racking up points depending on your kill style. It’s a dark and twisted game, but provides a challenge even for the most seasoned gamers. And Party Hard Go is not just about senseless killing — players will follow along with Detective John West as he searches for the truth behind a series of stabbings that seem to have been occuring at parties throughout the United States.

There are two control schemes in Party Hard Go: Virtual and Touch. The Virtual option includes a virtual directional pad in the bottom left corner and a handful of action buttons in the bottom right: kill, use trap, dance, sprint, and pick up body. If you opt for Touch controls, you will tap to move, double tap to sprint, swipe left or right to kill, swipe up or down to pick up or put down a body, and hold anywhere on the screen to dance. I personally think the virtual controls do the job fine, but if you prefer point-and-click style controls better, then it’s nice to have the Touch option.

If you’ve never played Party Hard before, yes, the concept is a bit shocking. But the game is challenging, fun, and has a bit of depth to everything because you have to plan out your murder spree in a way to not get caught by the police, so it’s not like you just rush in there and start offing everyone. Players will have to calculate their every move, observe all of the other partygoers, and strike quickly and silently. Another key element to not getting caught is to blend in during suspicious situations, which is why you have the “Dance” action. And if the only way to kill everyone was to stab them, then it would take a long time — that’s why the game encourages you to observe and interact with the environment to use it to your advantage and get a group of people at once, saving you time and netting more points. 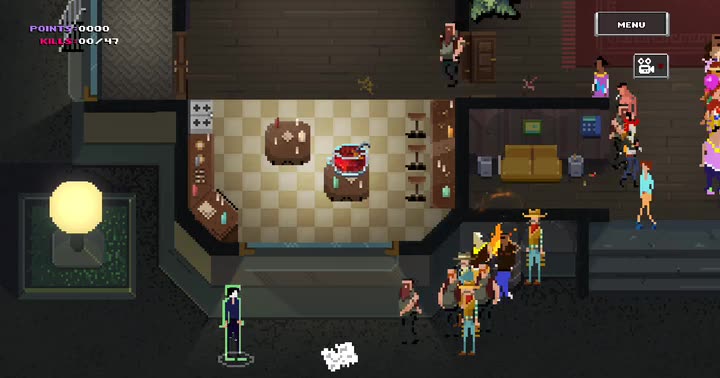 If any of the partygoers notice you and see what you’ve done or there’s a dead body near you, they will panic and call the cops. When this happens, you’ll have to be quick on your feet and either get rid of them before the panic spreads, or escape and blend in quickly. When you see the handcuffs icon appear over your character, the police are looking for you and will stop at nothing to get you.

To make things even more interesting to the varied levels, the game has special random events that can occur, such as a bear coming in and killing a bunch of people for you. Another option is to trigger something at the party that will cause the DEA, SWAT cars, paramedics, and firefighters to come and crash everyone’s fun. Everything can be a bit unpredictable on each attempt, and some of the things that the pixelated party people say can be rather hilarious. I know I got a few solid laughs when I first checked the game out at E3.

While Party Hard Go seems like a game where you just go around thoughtlessly kill people, it’s much harder than you’d originally think. I have the original Steam version and I don’t think I made it very far, probably just to the second or third area so far. On iOS, I’m still on the first party because you have to plan out every single move to not get caught. Still, I’m finding it a lot of fun with the random crazy things and the humor is spot-on. Plus I’m a sucker for pixel art and great music, and the controls work well for a computer game ported over to touch screens.

I recommend giving Party Hard Go a try if you like stealth games that are dipped in grim humor and have never played the game before. Party Hard Go is on the App Store as a universal download for your iPhone and iPad for $6.99. There are no in-app purchases. You can also grab Party Hard for Windows, Mac, and Linux on Steam here. 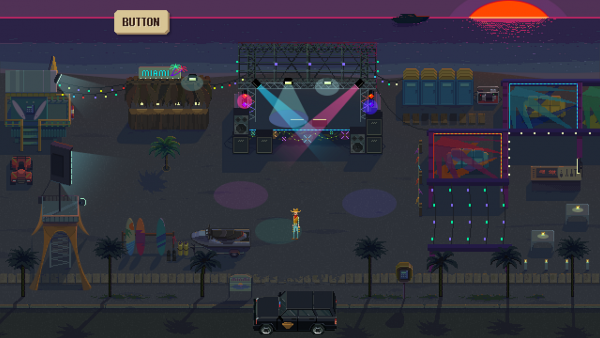 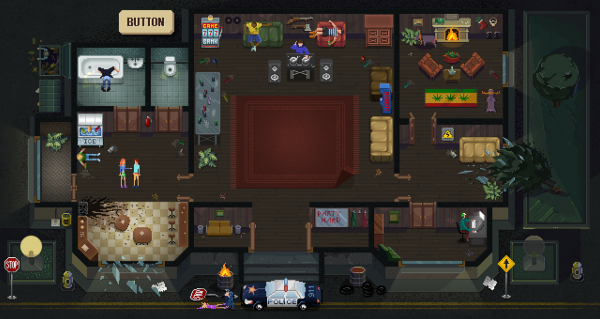 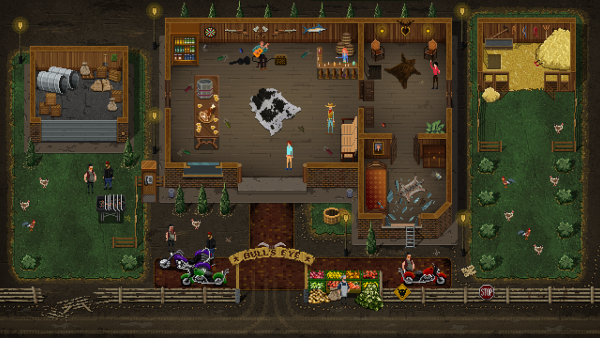 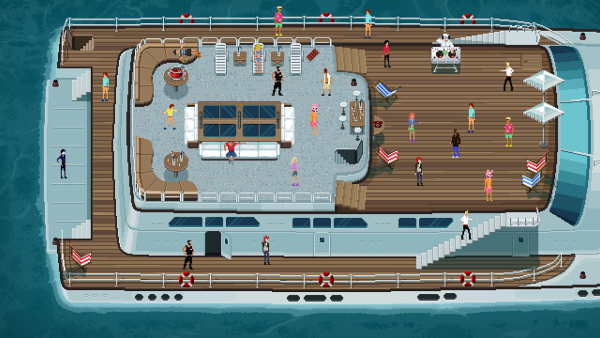 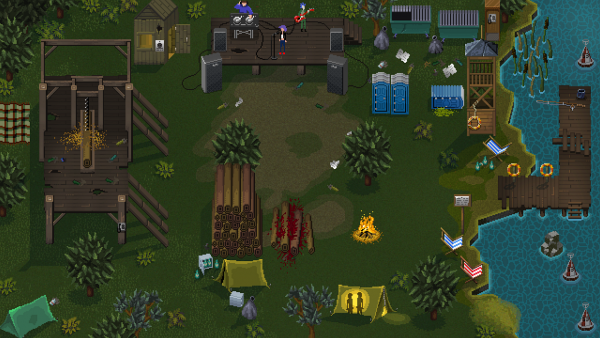 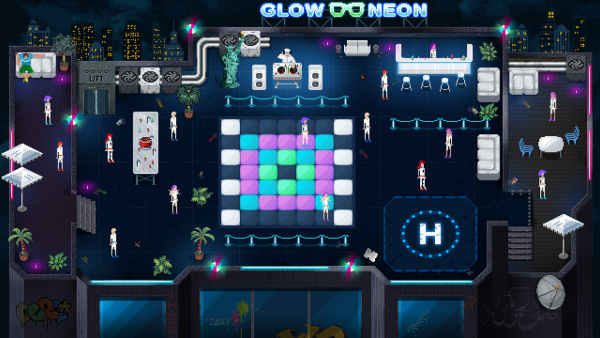 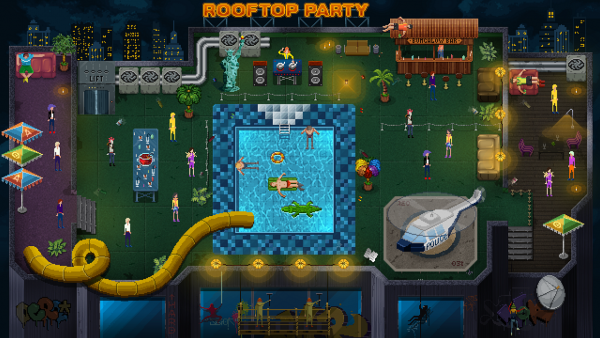 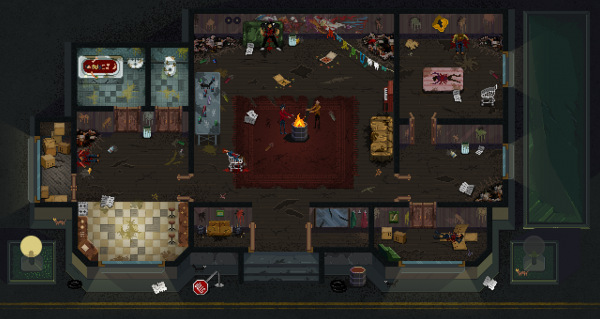 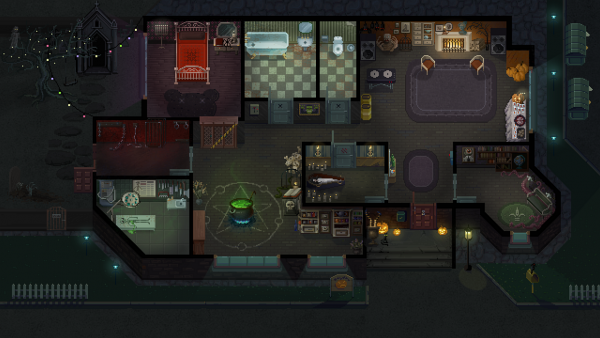 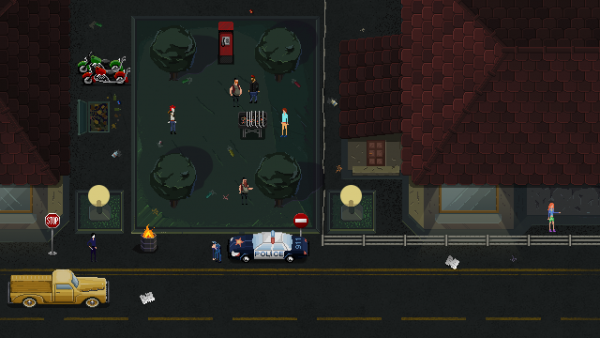 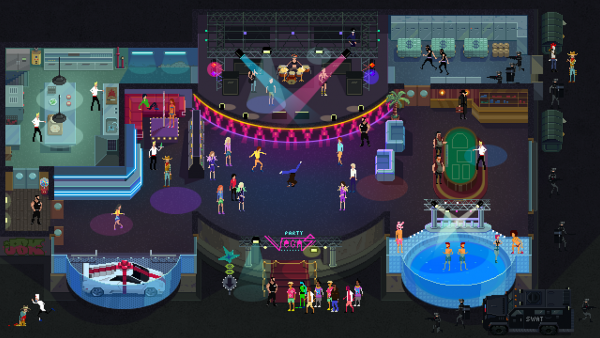