You are using an outdated browser. Please upgrade your browser to improve your experience.
by Christine Chan
May 9, 2017 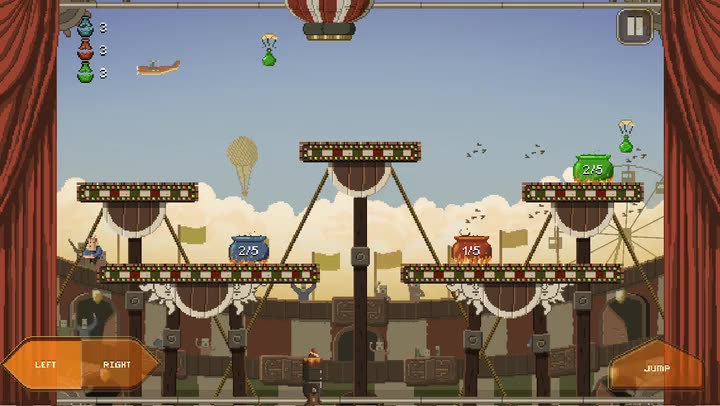 Penarium ($1.99) by Team17 Software Ltd is a arena arcade game that puts the spotlight on a sinister circus in town where the contestants are forced to entertain a rather sadistic crowd. If you enjoyed games like the classic Super Crate Box, then you will love what Penarium has to offer.

Life has been getting a bit stressful for me lately, so I usually like to dive into some good old video games to take my mind off of things. While I have been leaning towards playing whatever I can on my Nintendo Switch, I still make time for iOS games every so often throughout the day. Usually, I prefer to relax with some puzzles, but sometimes I just need the fast-paced action of arcade games to keep me occupied for a while. With arcade games, I prefer ones that have a simple concept and are easy to pick-up-and-play in short bursts or even longer play sessions, depending on how I’m feeling at the moment. When I saw Penarium on the App Store over the past few days, I knew that it was something I had to have, because it seems to have everything I love — retro graphics, action, explosions, and just downright zany. Now that I finally have my hands on it, I have to say that it does not disappoint in the slightest. 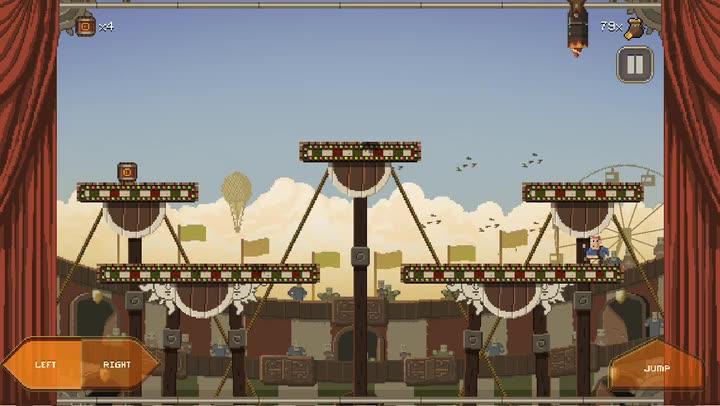 Visually, Penarium is gorgeous largely thanks to the vintage pixelated art style that it features. If you played the classic 16-bit games of yesteryear, then you will feel right at home with Penarium’s animated cutscenes and graphical style. Even the text shown in the dialogue boxes and cutscenes is pixelated, though it’s a bit harder to read on my iPhone 7’s smaller screen, at least for my eyes. Penarium has a rich, earth-tone color scheme that fits well with the overall theme of a crazy traveling circus, and animations are buttery smooth and fluid with no lag on my iPhone 7. There is also a rather fitting circus theme song that plays throughout the game that is fun to listen to, and the sound effects are top notch. Overall, the developers did an excellent job with Penarium’s visual and audio design, because honestly, it’s reason enough to get the game — the gameplay is just icing on the cake.

Even though Penarium is an arcade game at its core, it does have a level-based Campaign mode that is entertaining as well. For the campaign, each level will feature a different challenge that players must complete before it’s cleared, and then you can move on to the next stage. There are two more circuses to unlock after the first one, though it will take some mastery of the game before you can get access to them. Since there are no ways to skip a level, the campaign is super linear and requires skill to beat all challenges. These missions consist of smashing a certain number of barrels, getting enough potions into each cauldron, and more. It’s always different and new traps get introduced at a gradual pace along the way to spice things up.

If you opt for the Arcade mode, it’s just a high score chaser where you see how many barrels you can smash before you die in some hilarious way by the deadly traps that are laid out all over the stage. Make sure to collect the coins that drop from smashed barrels, because you can buy power-up cards in the shop. Regardless of the way you play this game, both modes are enjoyable in their own unique ways, so you can play either one when the mood calls for it. 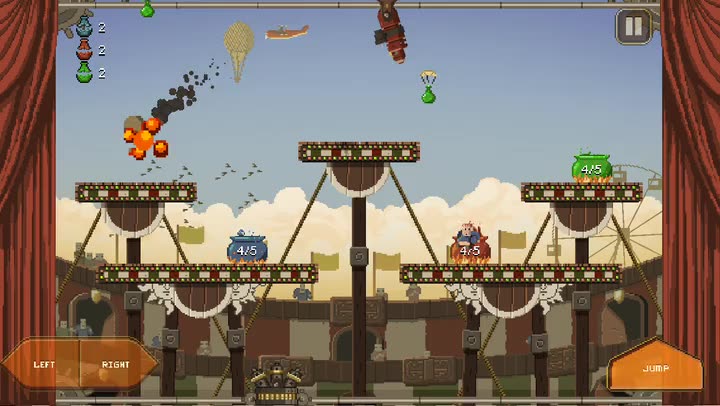 The objective for both modes is pretty clear cut: survive as long as you can by avoiding the deadly traps that the ringmaster has set up while smashing the barrels or collecting other items (dependent on challenge). If you get hit by a trap or fall off the stage platforms, then it’s game over.

Controls in Penarium are simple enough for anyone to understand, and it’s all rather intuitive and responsive too. In the bottom left corner will be two buttons for moving left and right. The bottom right will have the button to jump, and thanks to the amazing power of being in the circus, you have the ability to double jump by tapping the button twice. The game also wraps the edges, so you go from one end of the stage to the other when you go behind the curtain, unless the deadly spike trap bumper is there. I found the controls to be incredibly well done, as the placement and position feels perfect, and the responsiveness is high.

I’ve only started Penarium today, but I’m already in love with it. The graphics are stunning and take me back to my childhood days, and the circus theme music is both dastardly and charming at the same time, somehow. It’s also hard to find platformer style games that nail down the controls, but Penarium did a great job with them, because they feel like perfection as it is, though you can customize them in the settings. The gameplay mechanic itself is rather fun and frantic, so it’s a great way to test your skills, and there are no in-app purchases or extras. On top of it all, the game is fairly humorous thanks to the wacky ways that Willy can die for the audience, and the ringmaster has some funny bits of dialogue as well. Overall, Penarium is just a fantastic game that should not be missed.

I recommend grabbing Penarium if you’re a fan of arena arcade games, or just want a game that is just as good as Super Crate Box. You can find Penarium on the App Store as a universal download for your iPhone and iPad for just $1.99. There are no in-app purchases. 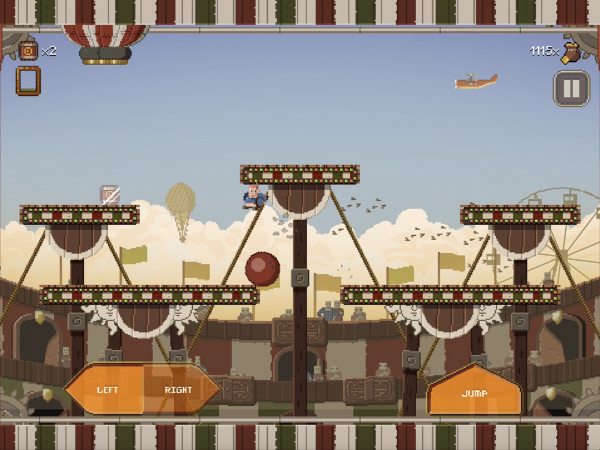 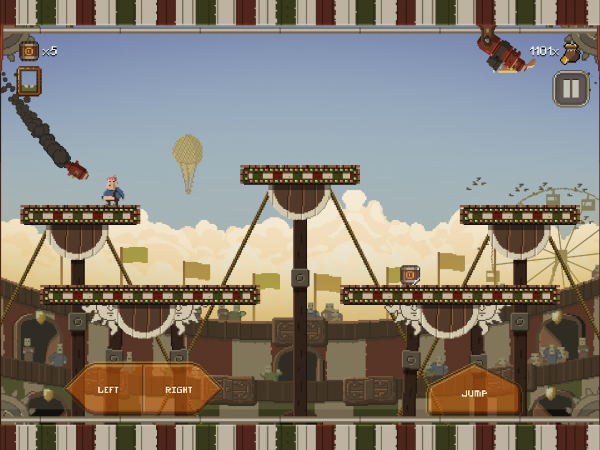 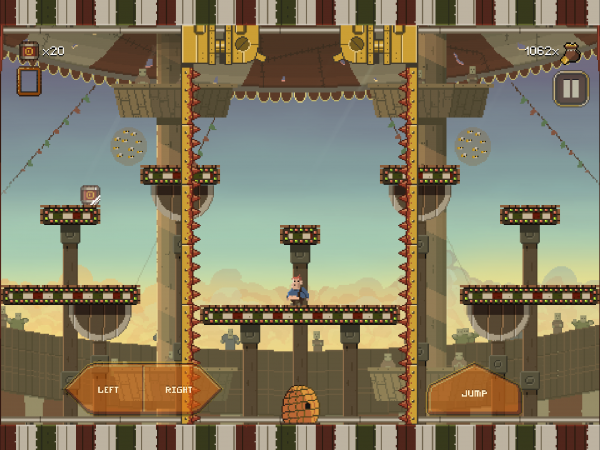 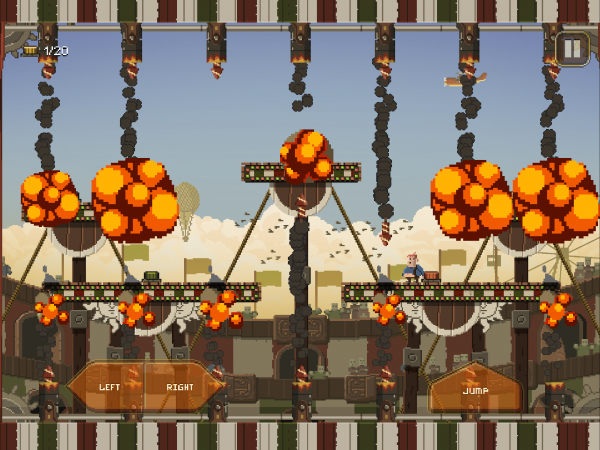