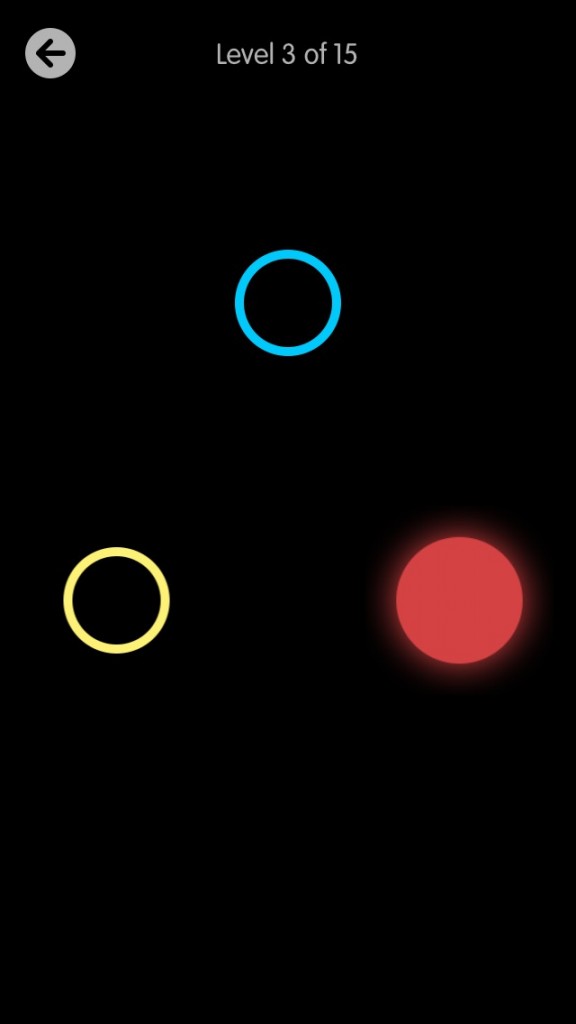 Circles Memory Game ($1.99) by Snowman is a great way to increase your memory through gaming. This is like the Letterpress for Simon Says, and is also similar to Zync: Touch.

I’ve been beta testing this game for the past few days, and I am incredibly pleased with it. First off, I love the interface. Once again, this is another app that falls into the “flat” design category, which seemed to trend after Letterpress. The visuals are simple but still elegant, making it a pleasure to play. Everything is responsive as well, so I had no problems on my iPhone 5. To add to your concentrated state of mind during the game, there is soothing ambient music in the background. 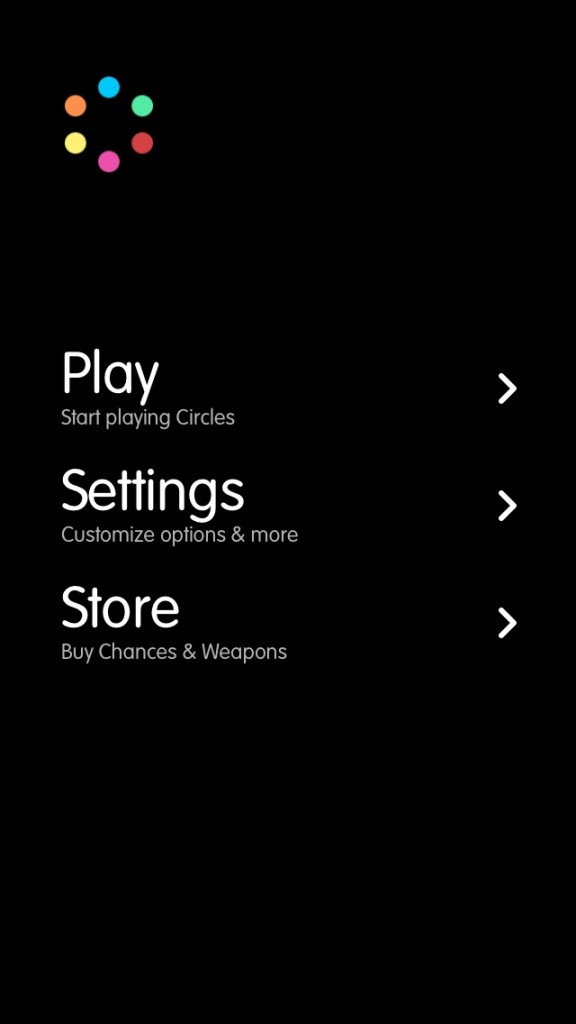 There is a single player and multiplayer campaign in Circles. For single player, you can have practice, levels, and top score. Multiplayer is turn-based with your Game Center friends or a random opponent, and there are power-ups that you can use to your advantage (Lightning, Twirl, and Blackout).

Practice allows you to choose the number of circles you want to play with, and you can use this to get better at memorizing patterns for the actual levels. In Levels, there are eight sections to play through, and each of them has 15 stages. In order to complete a section, you will need to make it through the 15 rounds without making a mistake — otherwise, you need to start over. The Top Score mode has four difficulties to choose from, and your objective is to get as far as you can and prove you have the best memory in the world, as you will be competing globally.

So what is this game about? If you’ve played Simon Says, then you know the drill. Each stage will consist of a sequence of circles that light up — you must memorize the pattern and tap the correct circles to go match it. The easy levels start out with two circles, but then you add in three, four, five, and six — that’s when things get complicated. You will also deal with levels where the sequence is faster (Lightning) so there’s less time to memorize, the circles shuffle around (Twirl), and other ones with no color, sound (Blackout), and it shuffles. 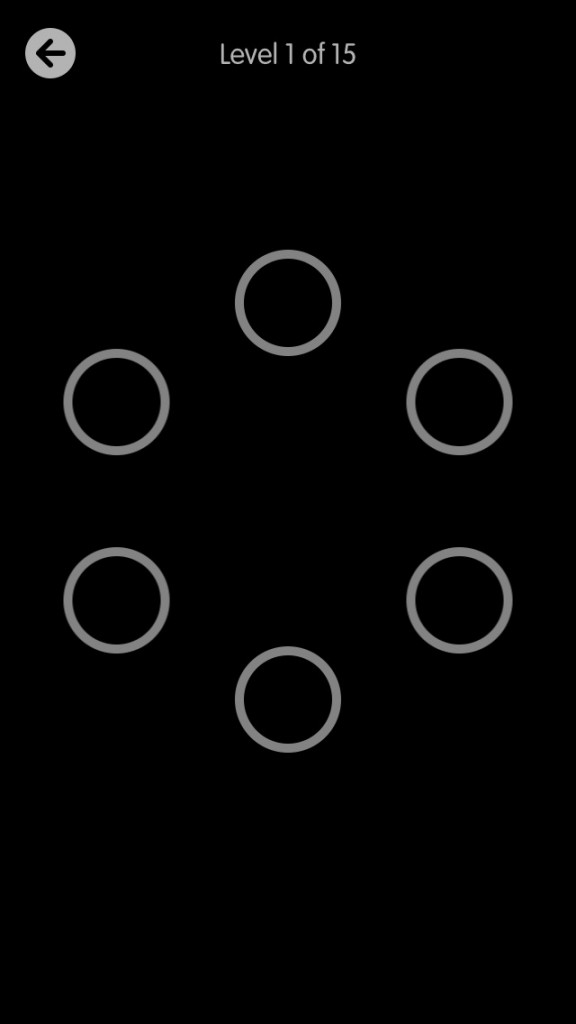 Completing sections will earn coins, which you can use to purchase the weapons for multiplayer or chances (continues after you make a mistake in a stage). You can also buy more coins through in-app purchases if you don’t have the patience to master your memory.

There’s Game Center integration for leaderboards, but no achievements. Your progress is also saved through iCloud, in case you play on multiple iPhones or iPads.

I’m really enjoying the game so far, and it’s definitely nice to see a game out there that actually has a productive side to it, rather than always meaningless fun (but nothing wrong with that in moderation). I think having more themes for the game would be a nice addition (like Letterpress), and hopefully the developer can consider that.

Besides that, though, the game is simple and challenging. If you’re a fan of Simon Says games, then you will need to check out Circles Memory Game. Get it in the App Store as a universal app for $1.99. 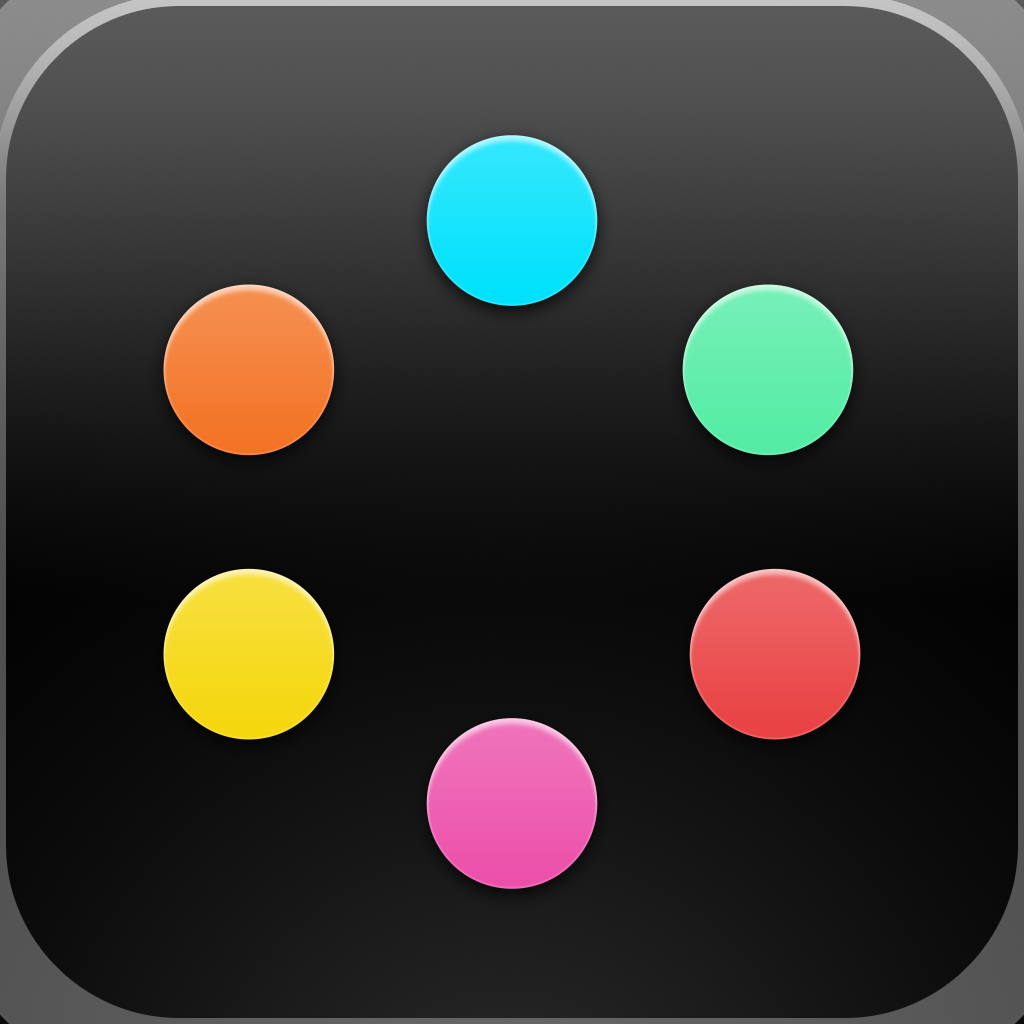 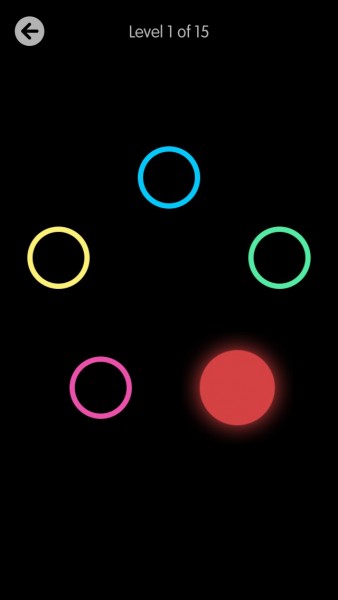 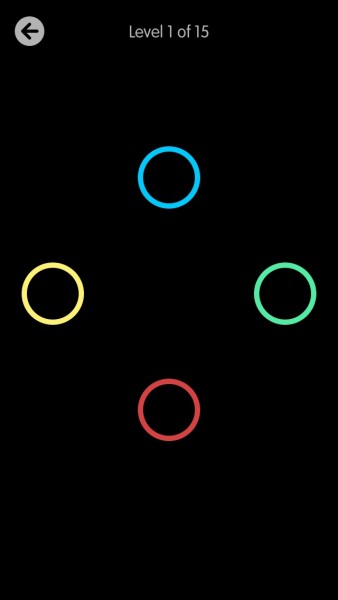 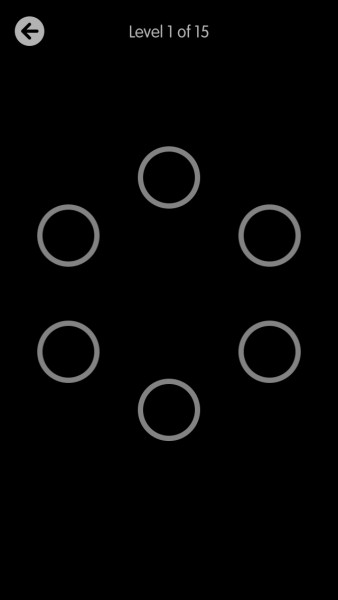 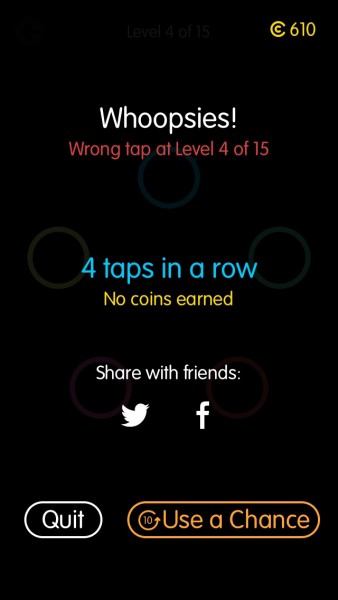 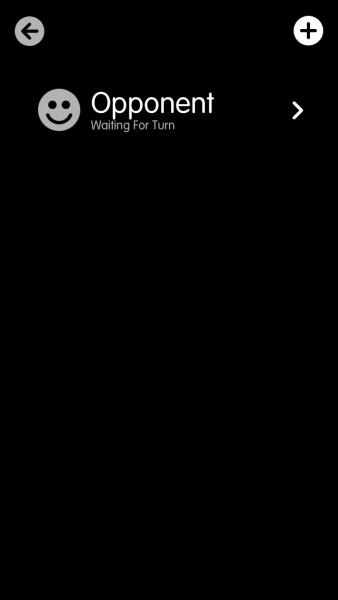 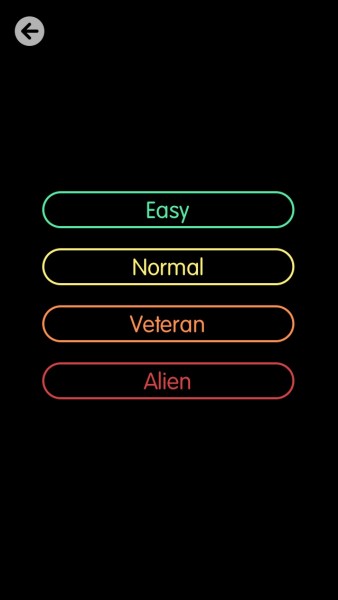 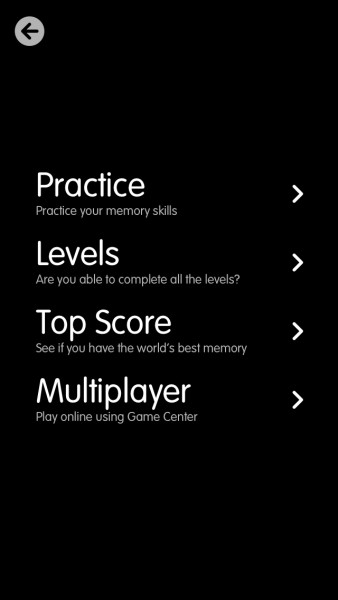 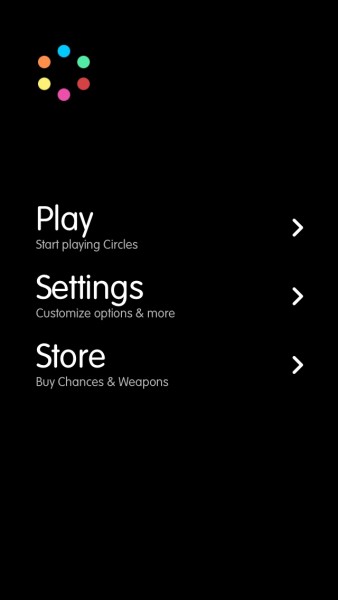 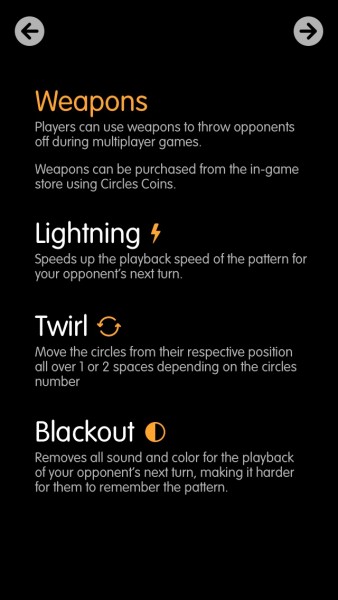 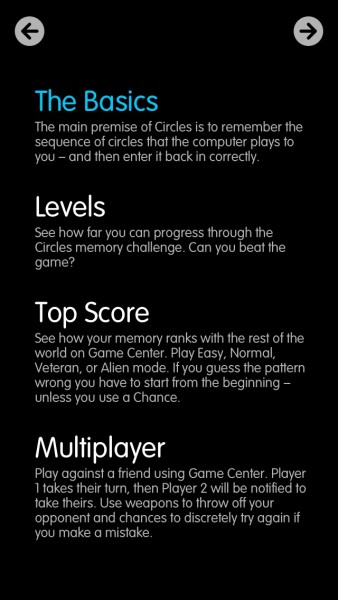 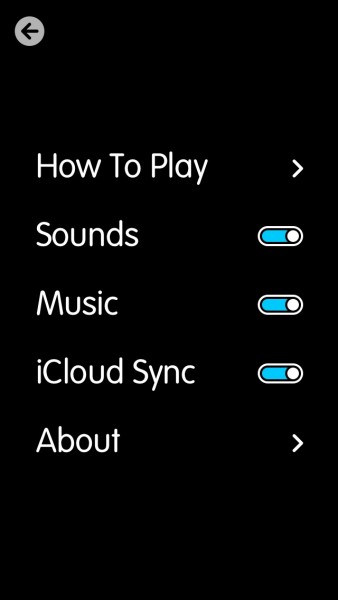 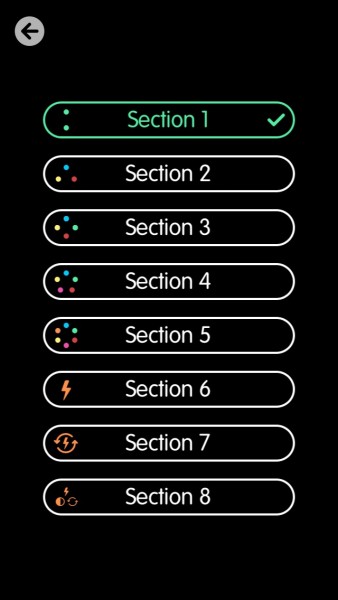 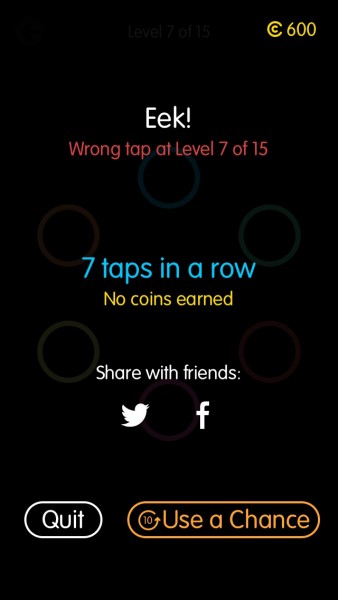 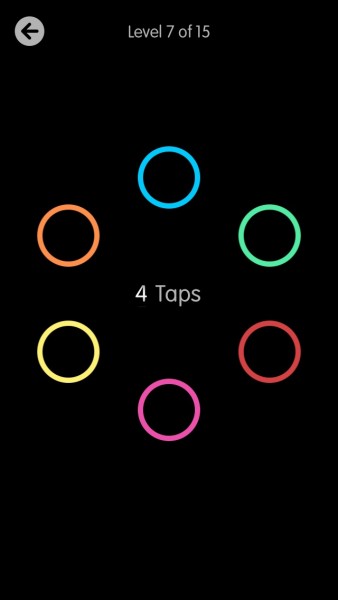 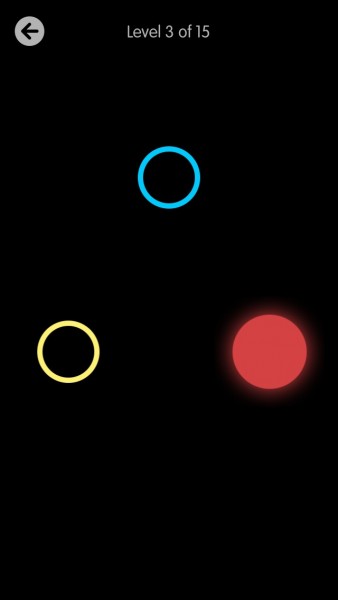 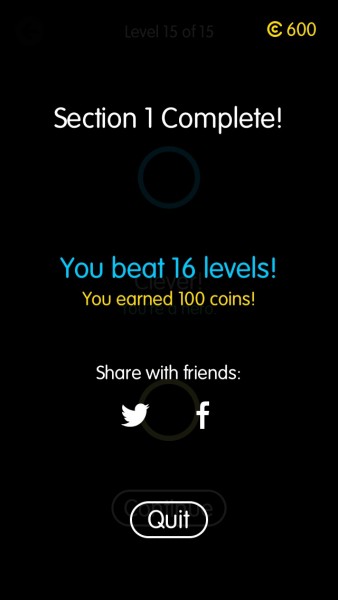 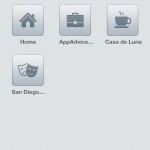 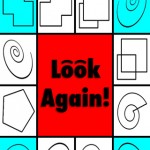 Challenge Your Brain In This Fast Paced Puzzle Game: Look Again!
Nothing found :(
Try something else