You are using an outdated browser. Please upgrade your browser to improve your experience.
by Christine Chan
November 5, 2013 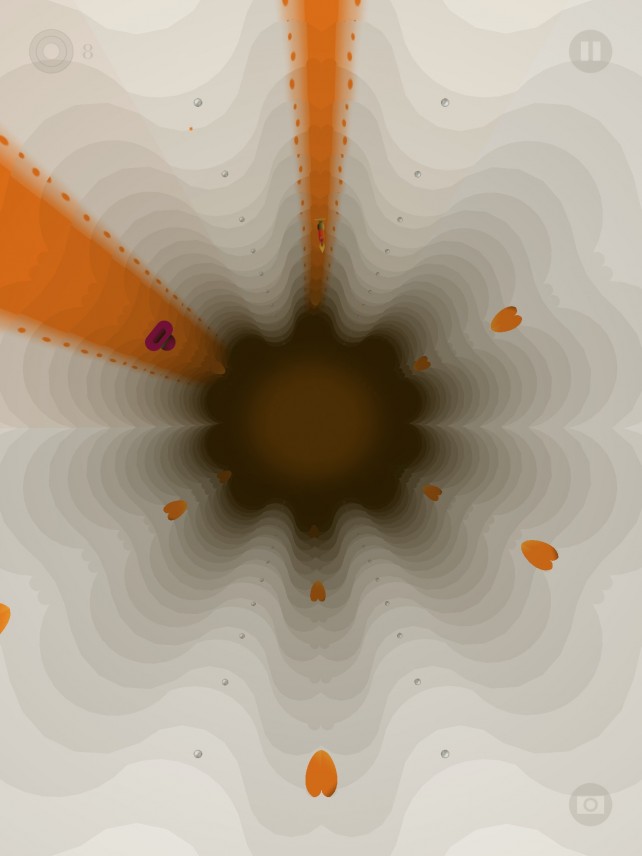 Luxuria Superbia ($2.99) by Tale of Tales is a musical game that is unlike anything you’ve experienced before.

If there’s anything that iOS has done, it’s changed the types of games that we are able to play. When you look back on things, we’ve gotten a lot of unique games that created entire genres by themselves, such as Canabalt. And I believe that Luxuria Superbia is another game that is unique to the world of touch screen gaming, though you’ll have to get past the whole “dirty feeling” thing going on.

Even though I say that this is a great example of a game made for touch, Luxuria Superbia is also available on Ouya, Mac, and Windows. You can also demo the game itself from your web browser, with the touch controls added later. But coming from mostly iOS gaming, Luxuria Superbia seems natural on touch screens. 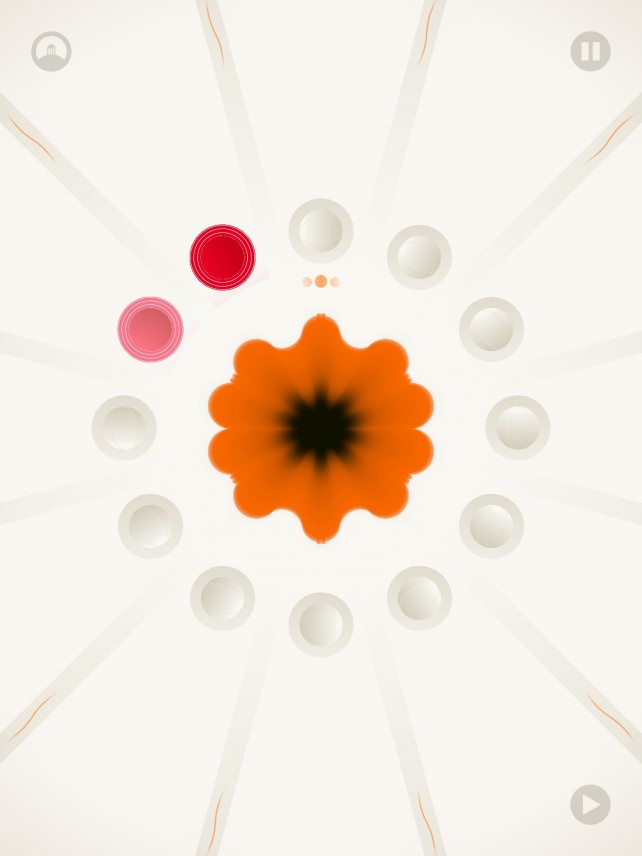 The visuals in Luxuria Superbia are superb, featuring the smooth walls of a flower, and as it fills with color due to touch, strange, hypnotic objects start appearing in this flower tunnel. It may start out pretty blank and boring, since the flower will be without color, but as you touch the screen, it will fill the flower with color, thus making it happy, among other things.

Music is also a big part of the experience with this game, so I recommend that you play with the sound on, or at least have a good pair of headphones if your out in public playing this game. The soundtrack itself is quite whimsical and charming, and I found it enjoyable.

So what is going on here? I was a bit confused when I started playing, but it’s all about control. There will be a garden that will showcase 12 different flowers that you will journey into by the means of mysterious flower tunnels. Each flower will be different, and feature a different number of petals. While there are 12 flowers, you will have to clear the previous one in order to unlock the next one, so there is a linear factor going on here.

Each flower starts out without color. But with your finger’s touch (you can use one or multiple fingers at once), the flowers will begin to fill with color, and you’ll get more life to show up in the tunnel. However, you need to make sure that you tend to each petal as it may begin to lose color as you put more attention to others. The developers want you to be slow and gentle to reach the highest score, while trying to rush through will only result in failure. You will know when you clear the level because the screen will start telling you some interesting things, to say the least. 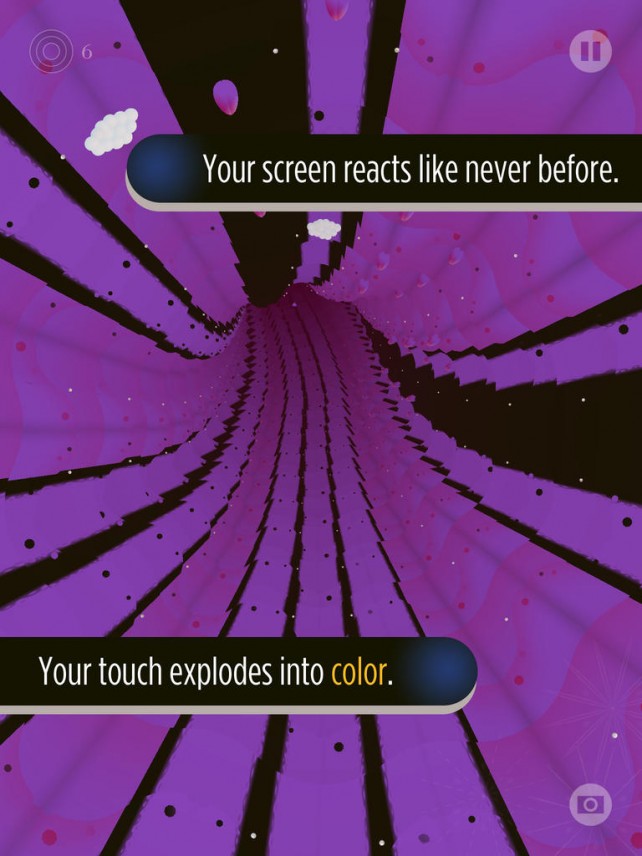 While it may be hard to pay attention to words while playing, it’s important to note that your iPad screen will literally “talk” to you through text that shows up in the middle. This may seem innocent enough, but things got a bit weird (to say the least) when I started seeing things like “Oh goodness yes” and “Pollinate me” showing up.

The developers claim that this is not a sex game, but it’s really hard to think otherwise while you play it — or maybe I just have the mind of a twelve-year-old. Instead, they market this game as “a simple game of touch, pleasure and joy.” So it’s like an “ode to joy,” even, but it does feature some very strong innuendos, so you’ve been warned.

Despite the insinuating text, I’ve actually been enjoying Luxuria Superbia for what it’s worth — a pleasurable experience of color, joy, and control. The visuals may be a bit weird at first, but this is in a good way. It’s like you’re experiencing an acid trip, but without the harmful effects. The soundtrack is beautiful as well, as you’d expect from a game like this. It’s also quite a challenge, testing how in control you really can be.

If you’re looking for something that is definitely unlike any other game you’ve ever played on your iPad, then give Luxuria Superbia a try. I’m really just wondering how long this will remain in the App Store, because, you know, all the suggestive text and stuff.

Luxuria Superbia can be found in the App Store for your iPad for the launch sale price of $2.99. The game is not compatible with the original iPad. 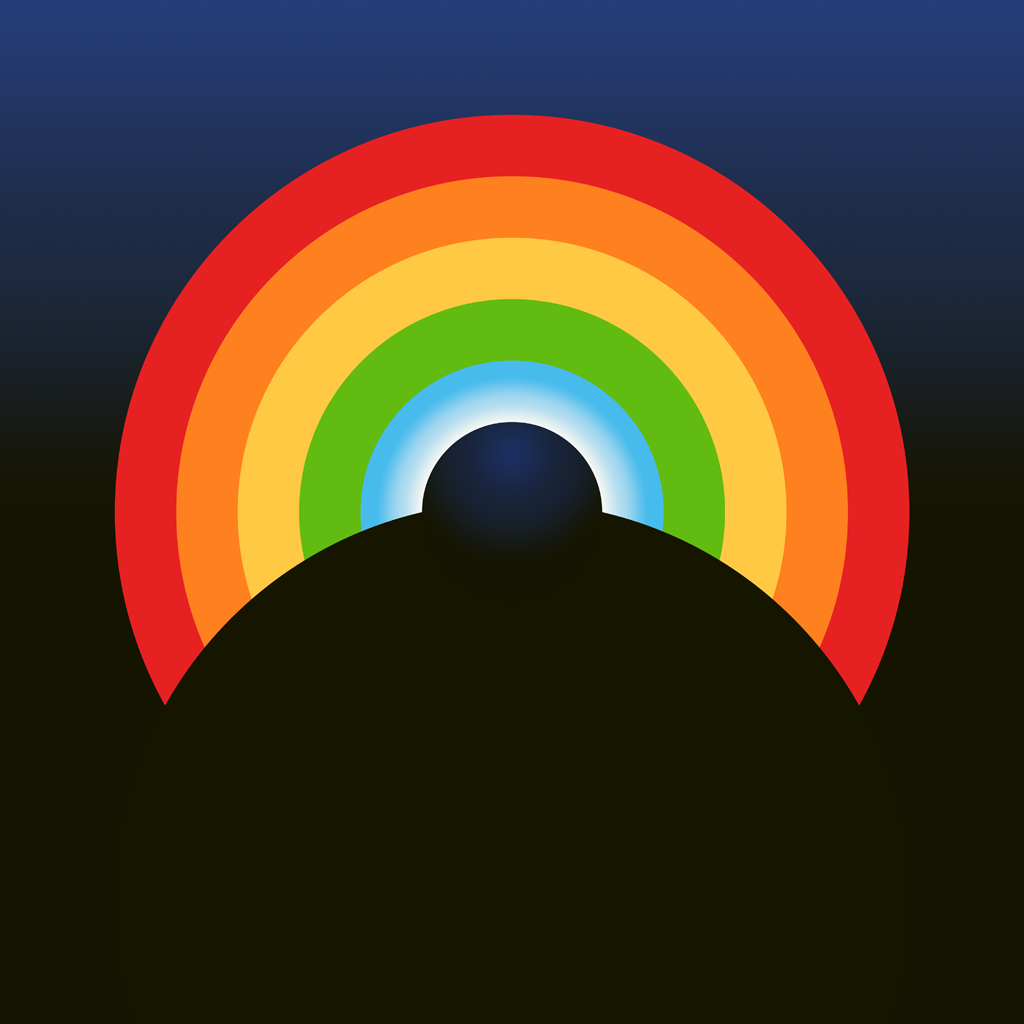 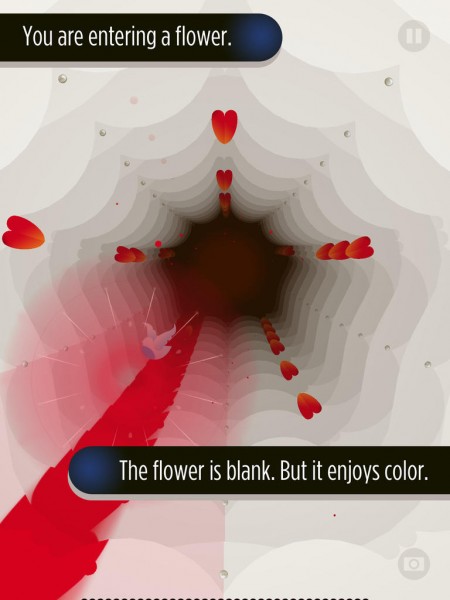 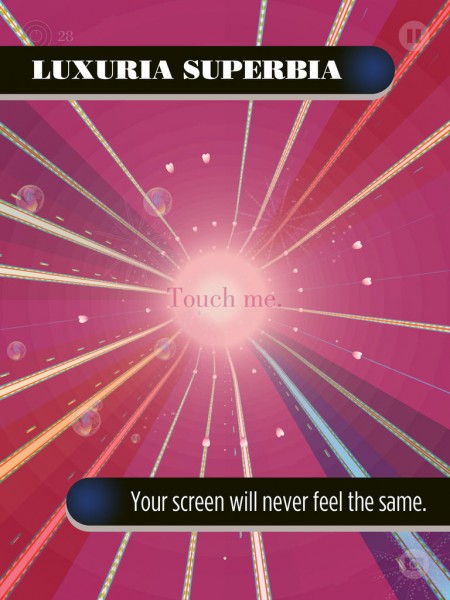 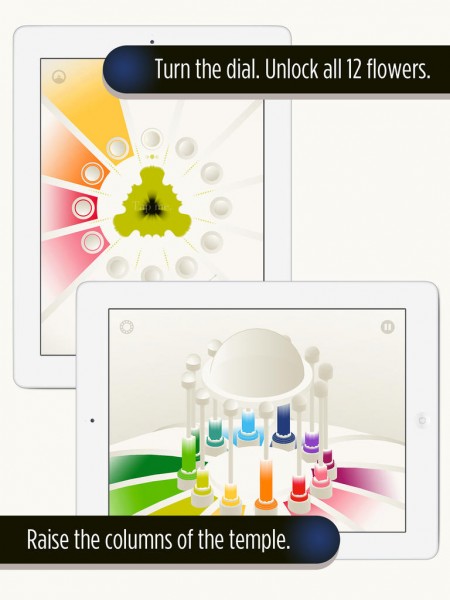 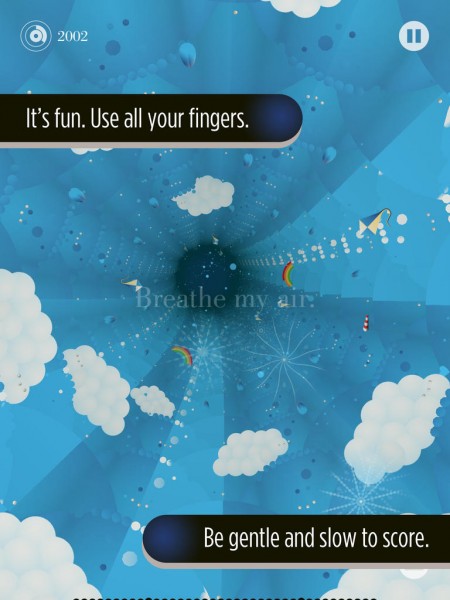 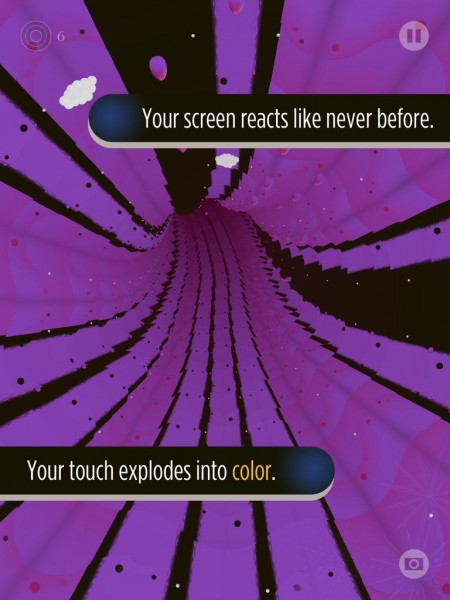 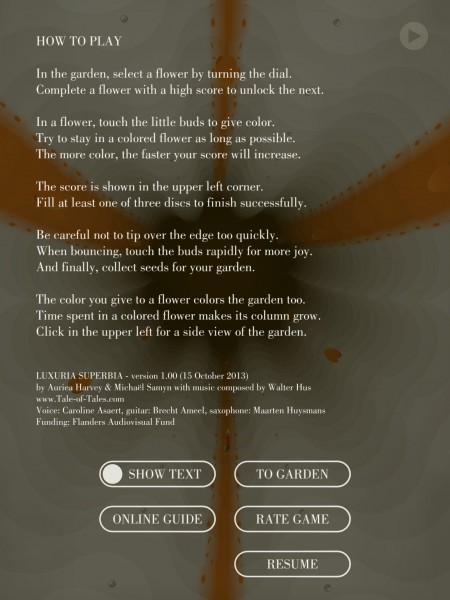 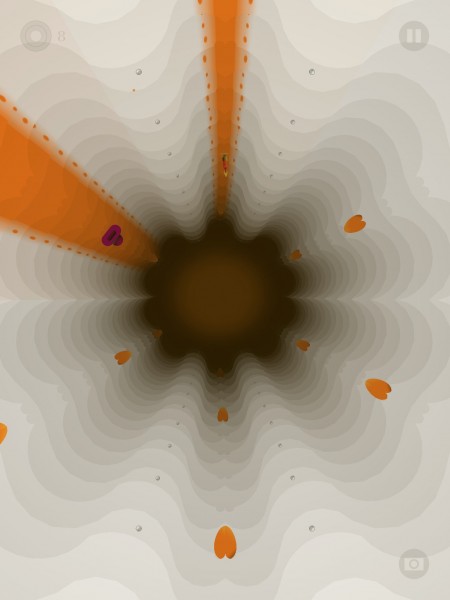 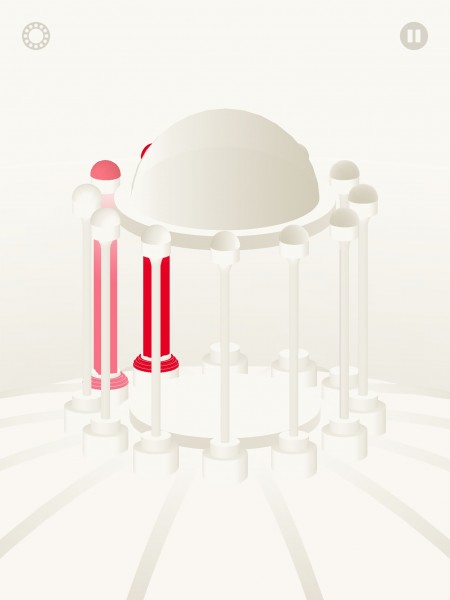 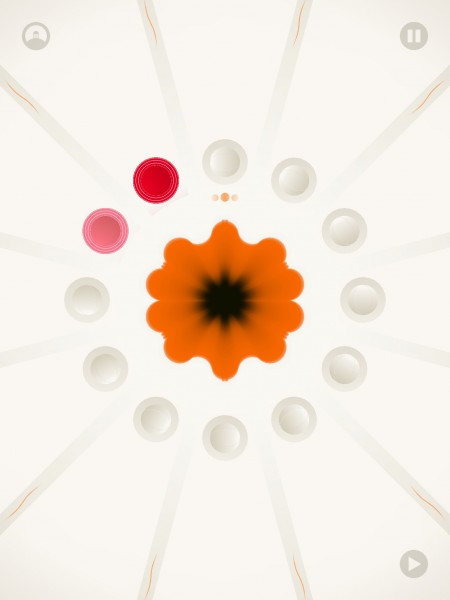 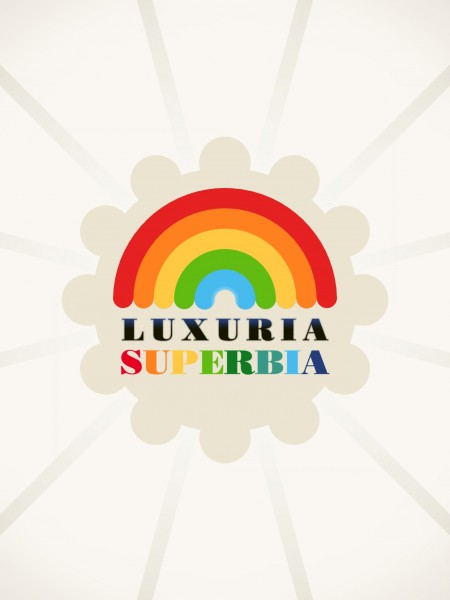