You are using an outdated browser. Please upgrade your browser to improve your experience.
by Christine Chan
August 26, 2013 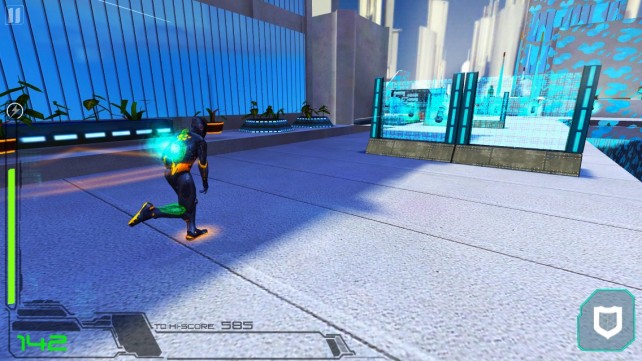 RunBot (Free) by Marvelous Games is a slick, 3-D futuristic endless runner that will put things into a different perspective.

If there’s one thing that definitely kills some time, it’s infinite runners. Seriously, even though they are all mostly the same, I can’t get enough of them. They all seem to have great visuals that just capture and immerse you in their world, and there are plenty of upgrades to unlock to customize the experience. And of course, they all have the “I can do better on the next one” mentality, keeping you entertained for hours. RunBot is all of this, but it definitely adds a new twist to the genre. 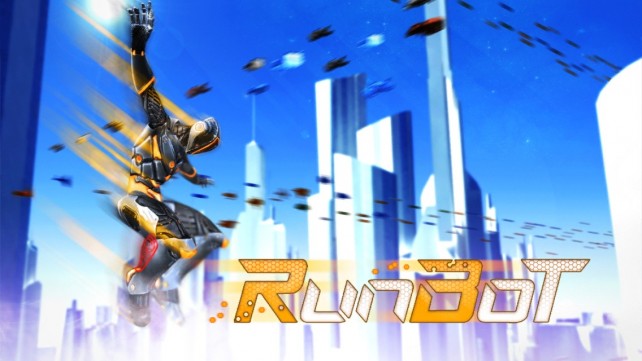 First off, the graphics in RunBot are simply stunning. Everything is in 3-D, and the environments and character models are incredibly detailed. I really enjoy it when developers strive to perfect every attribute in their game, and this is evident in the visuals of RunBot. The music is also quite upbeat and catchy, having an electronica vibe to it. And while we’re on the subject, I love that RunBot differentiates itself from the crowd by offering an angled, over-the-shoulder perspective — the camera is a bit off to the southeast side of the screen, and you can see your runner from the side. And rather than jumping like every other runner, RunBot implements beautifully animated parkour animations. It’s certainly a refreshing breath of life into a tried-and-true genre, that’s for sure.

The game starts out with a tutorial that will show you the basics. As you are a robot who has rejected the protocol of being a killing machine, the only thing left for you to do is run. Your bot will run automatically, and you will change “lanes” by swiping left or right on the screen. When there are obstacles in the way, you can swipe down to slide, or up to “jump,” though you’re really just climbing over with some cool parkour. Enemies can be destroyed by tapping on them. You will also encounter forks in the path, but you can swipe in the direction you want to go in. At times you’ll also find yourself falling in tunnels, which you can control your movement by tilting the device. You can also get shields to protect yourself, which are activated a tap of a button.

Even though the game is just running, there are two difficulties available: casual and hardcore. As you’d imagine, the casual is definitely a bit slower paced, while hardcore moves much faster. Along your escape for freedom, you will need to dodge energy barriers, laser beams, turrets, and more. 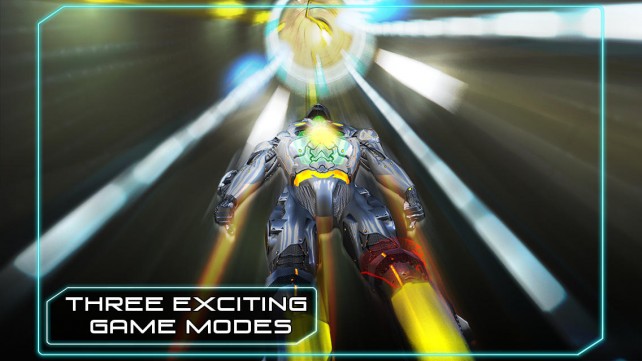 Once you are unable to take any more damage from obstacles, the game ends, though you get a chance to revive with the game’s premium currency, which you can earn quite easily through play. The more times you try to revive, the more expensive it gets. As you cover more distance, you will eventually “rank up,” unlocking more upgrades. The “coins” (more like batteries) you earn can be spent in the shop to upgrade your bot’s defenses and arsenal. If you’re running low, you can purchase more via in-app purchase, along with some other goods.

There is Game Center integration for leaderboards, but no achievements. I’m a bit disappointed that there are no achievements, as I think this is a game that could have a bit of variety when it comes to that. Perhaps that can be added in the future.

I have to admit that I’m really enjoying RunBot. It’s another endless runner, but the graphics, music, and different perspective keep things fresh and interesting, at least for the time being. This will definitely keep me busy for a while, at least until I find the next hot game to move on to. I just wish that sometimes the game spent less time on the cinematics and fancy parkour to be more responsive to my swipes for maneuvering, as I’ve died a few times because of the delay.

If you’re a fan of infinite runners, or love futuristic looking games that look beautiful and have a great soundtrack, then you will want to check out RunBot. Run on over and grab it from the App Store as a universal download for free. 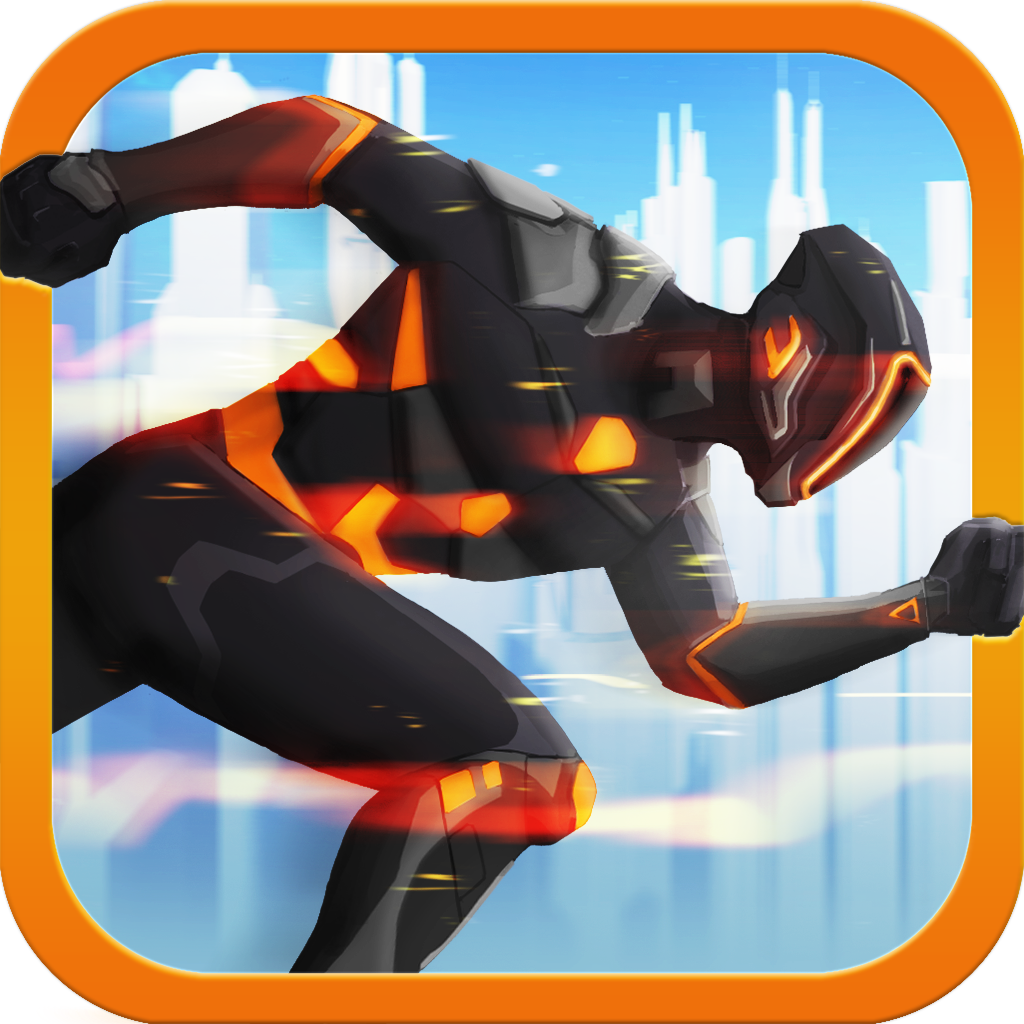 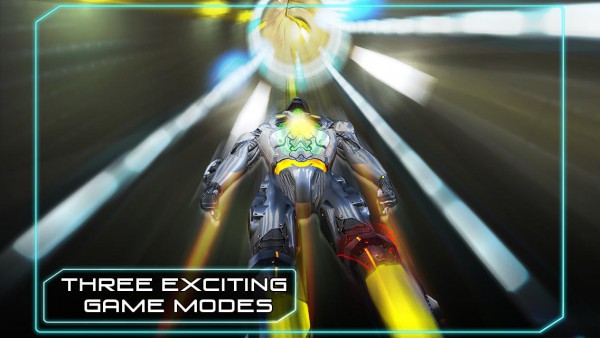 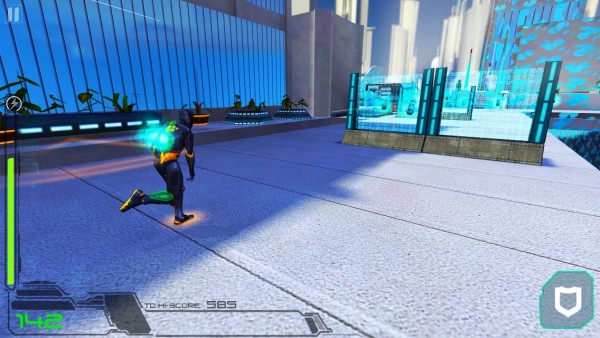 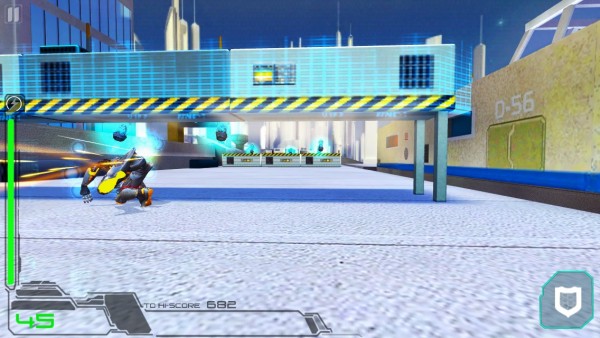 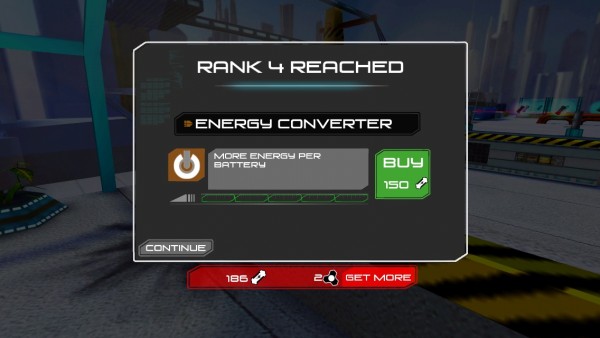 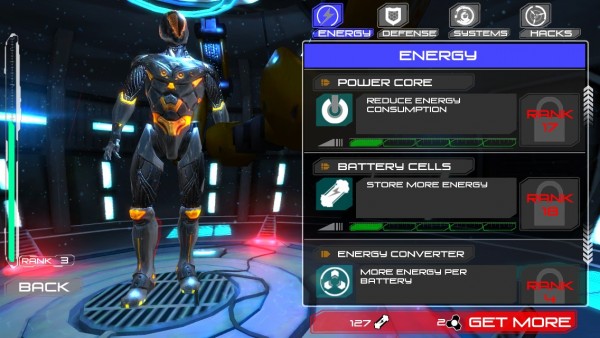 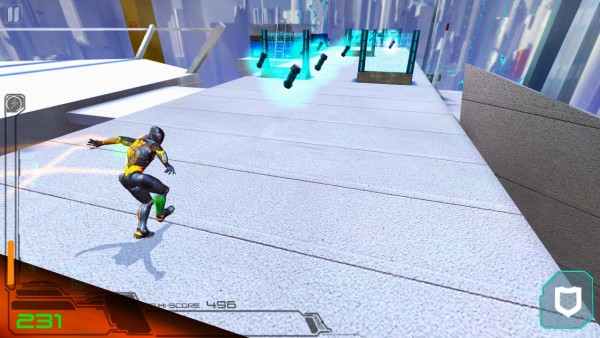 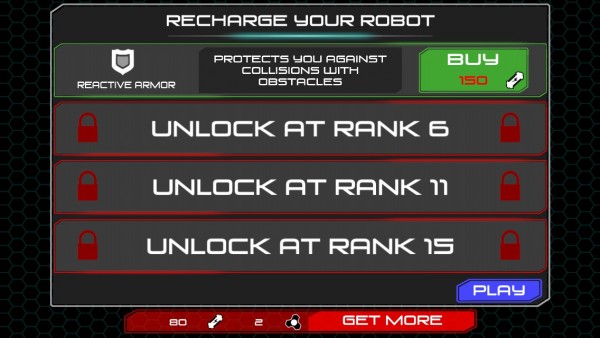 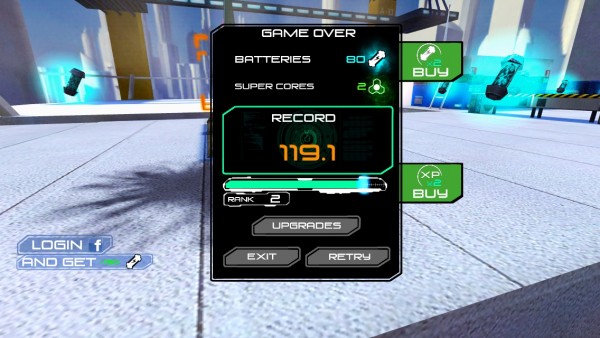 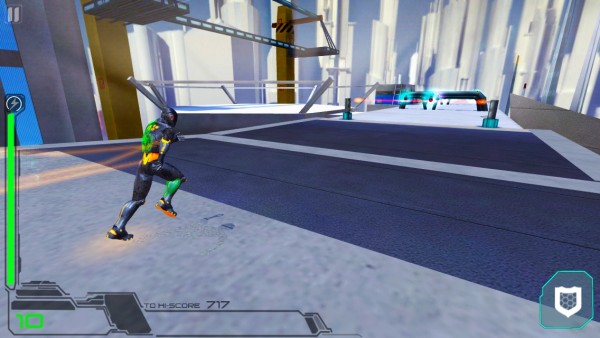 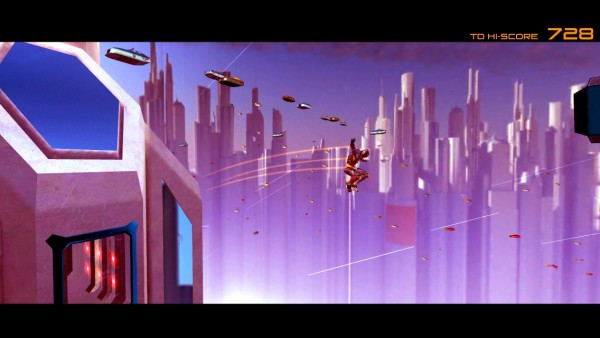 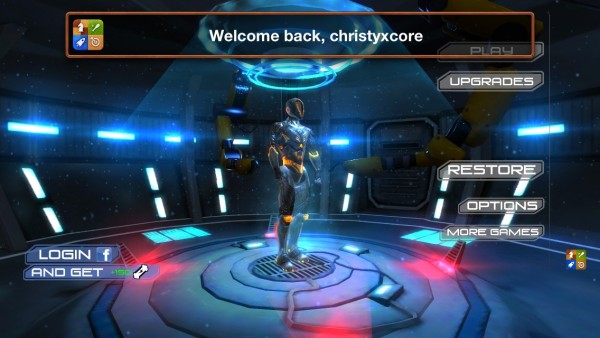 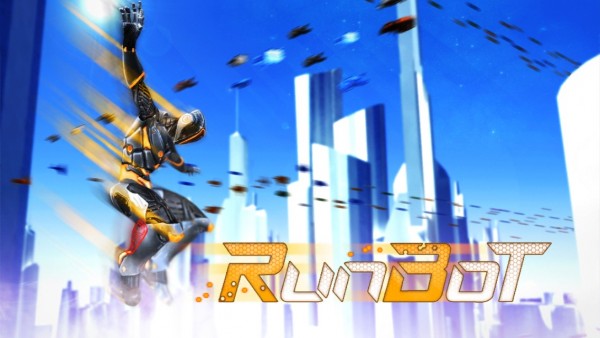 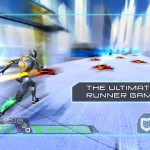