You are using an outdated browser. Please upgrade your browser to improve your experience.
by Daniel Celeste
March 20, 2014 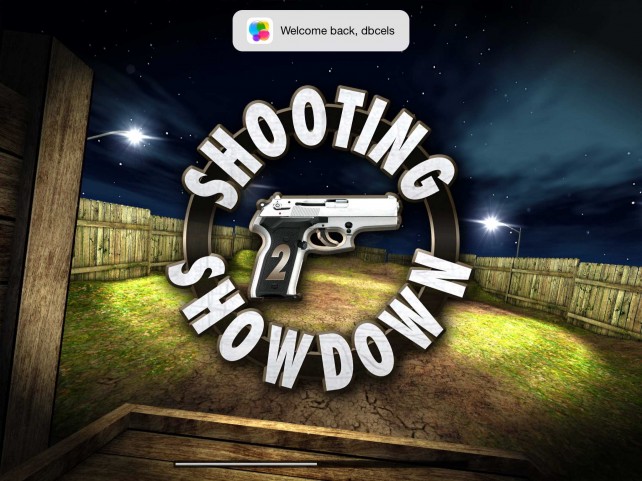 Shooting Showdown 2 (Free) by Naquatic LLC has been born as the sequel to the game studio's original hit that was released in July 2012. What started off as a simple first-person shooter has now evolved into a complex series of levels, achievements, and unlockables in the new Shooting Showdown 2. 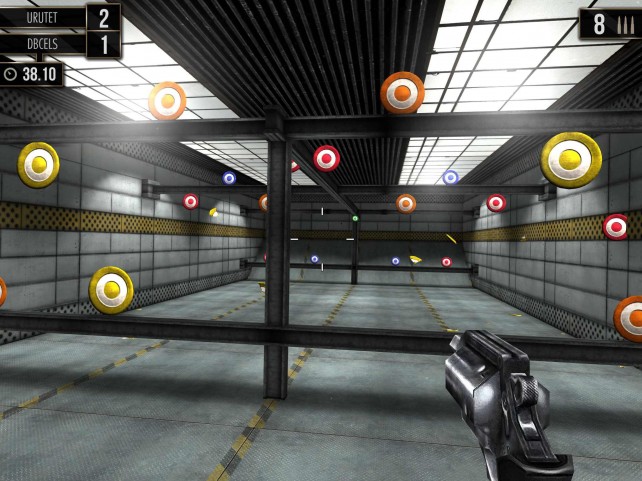 The first thing you'll notice in this release is a significant increase in graphic quality. Things just look and feel more realistic, which makes Shooting Showdown 2 more immersive than its predecessor. It seems like the physics have also improved a slight bit, with the great feel of the gyroscopic control that we saw in the original version being kept intact. This can be turned off in the app's settings, but who doesn't enjoy a swivel chair when put to good use? That's how they're meant to be played.

In Shooting Showdown 2, the various target-shooting minigames have been divided into three categories: Indoor, Outdoor, and Bonus, all of which have names that reflect their settings. Whether you're inside shooting numbered dice faces, outside shooting cars to make them move during a race, or firing at a slot machine to earn extra gold in the bonus stages, the immense variety and originality of minigames that are included in Shooting Showdown 2 rival the best I've seen in other FPS target-style games.

While any level can be practiced in solitude, the whole point of Shooting Showdown is to play against others online; it's where the “showdown” happens. You can do this by choosing to compete in any setting or inviting other Game Center users (meaning friends or auto-matched opponents) to practice with you. Just like a score in Practice mode is attained within the allotted time, the winner in any online match is the one who gets the most points within the seconds provided. 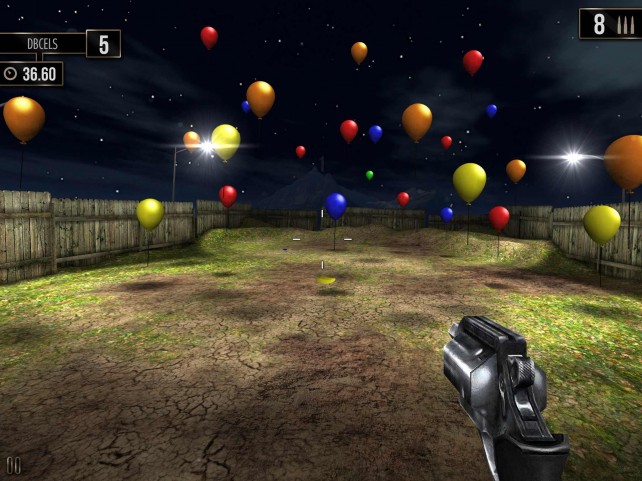 If the original Shooting Showdown was a hit to you, or you just enjoy FPS games that don't involve complicated stories, Shooting Showdown 2 should provide you with hours of excitement. The game is universal and free to download in the App Store, although this means that there are ads and in-app purchases included. In-app purchases can be used to unlock all levels without earning the required XP, along with purchasing gold that can be used to upgrade or acquire new guns.

Shooting Showdown 2 is available in the App Store as a free, universal app. 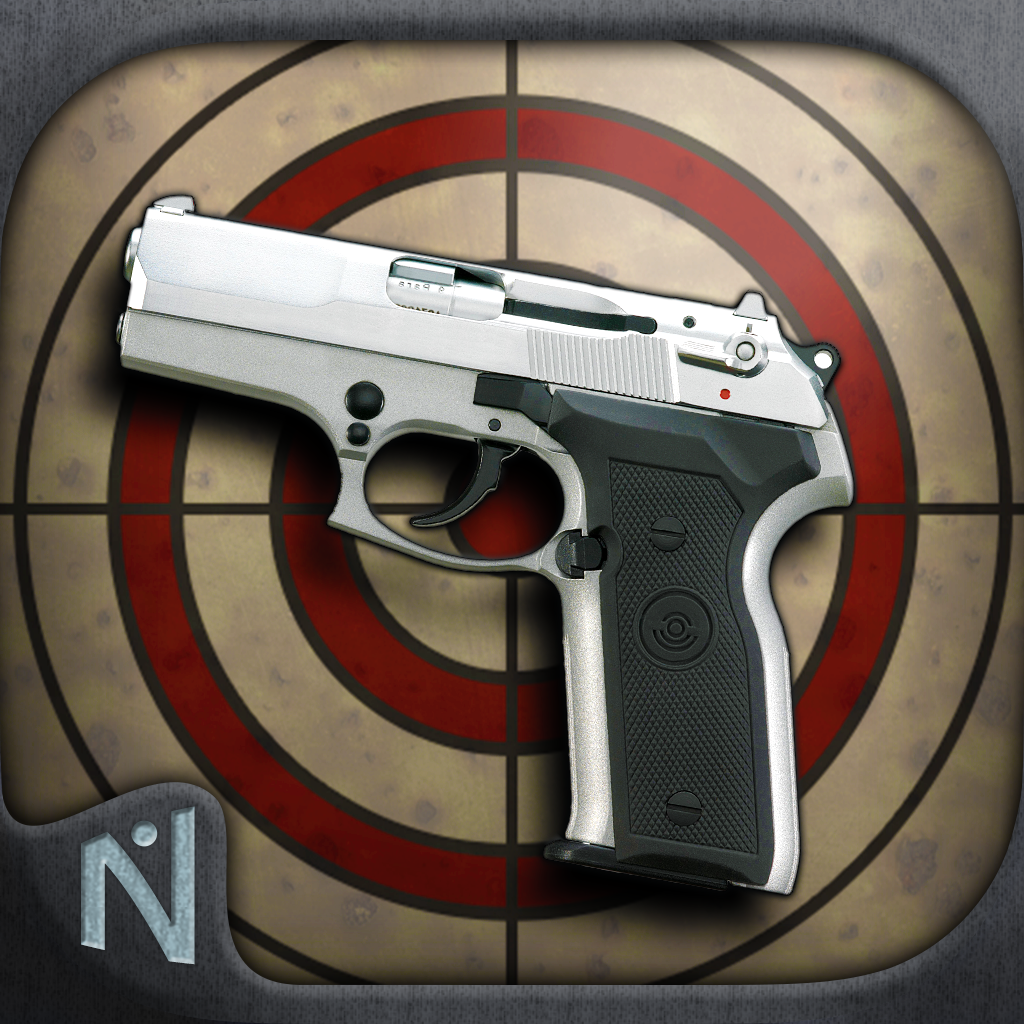 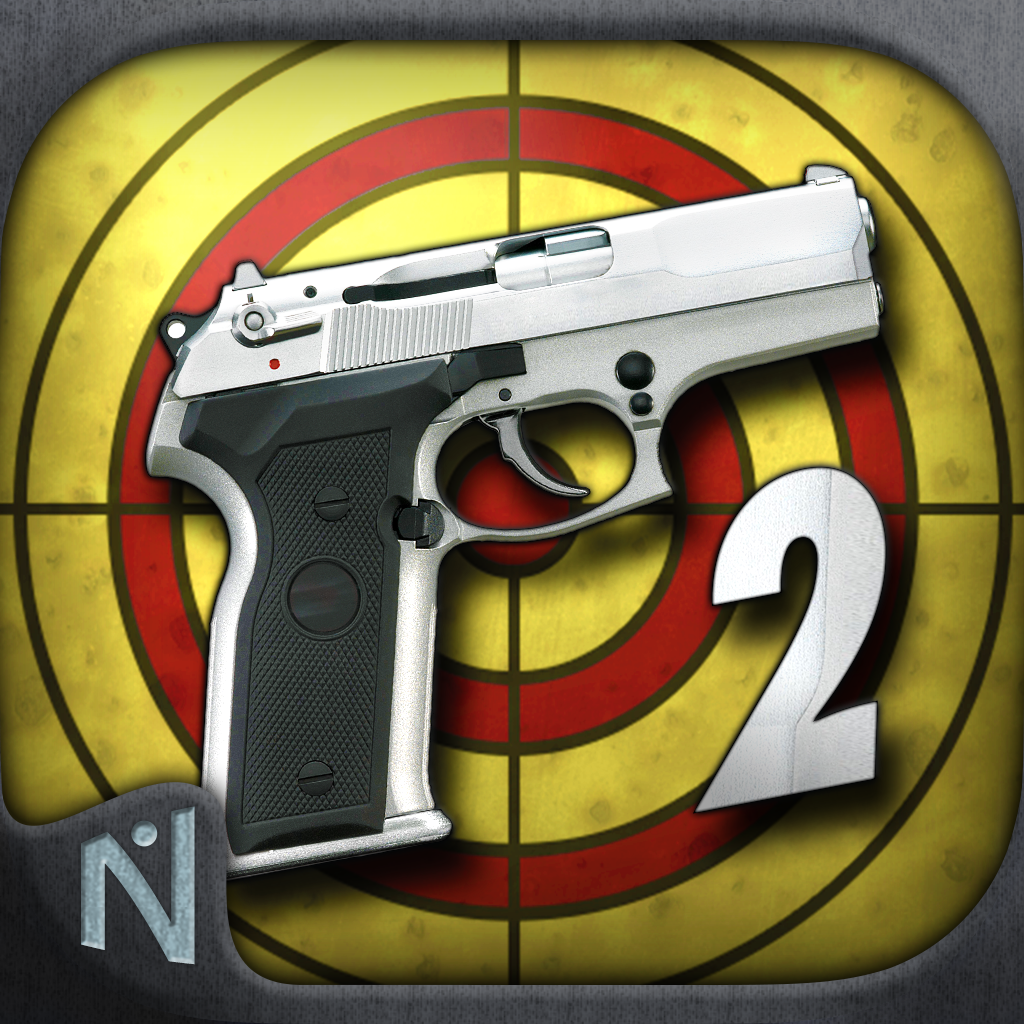 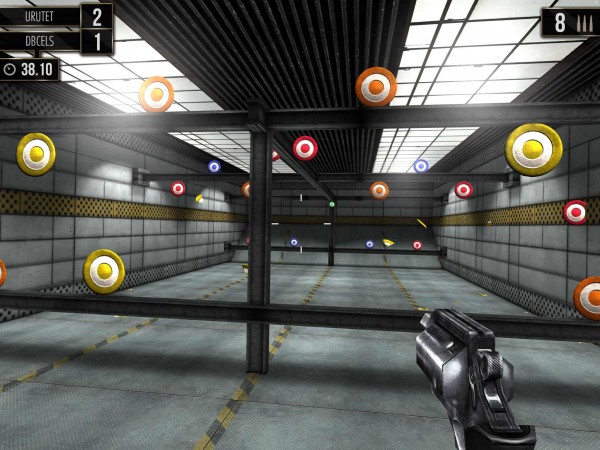 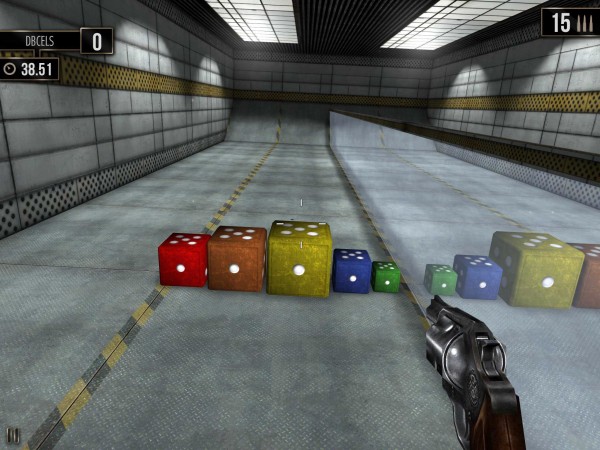 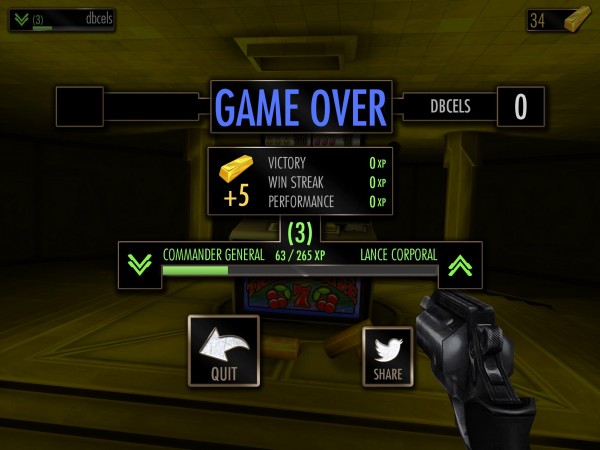 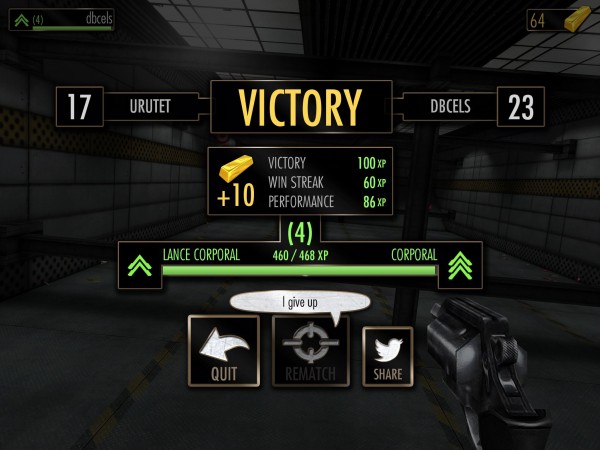 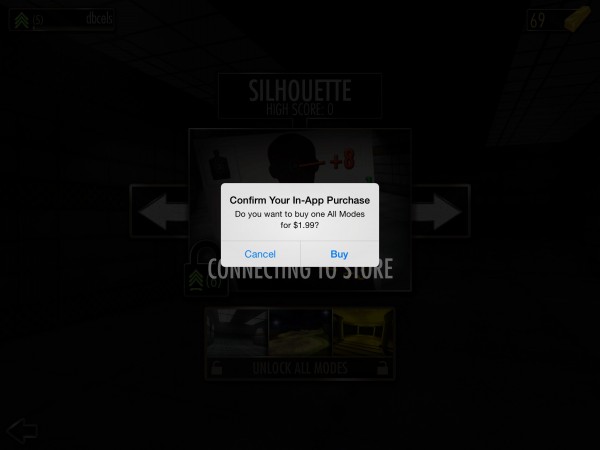 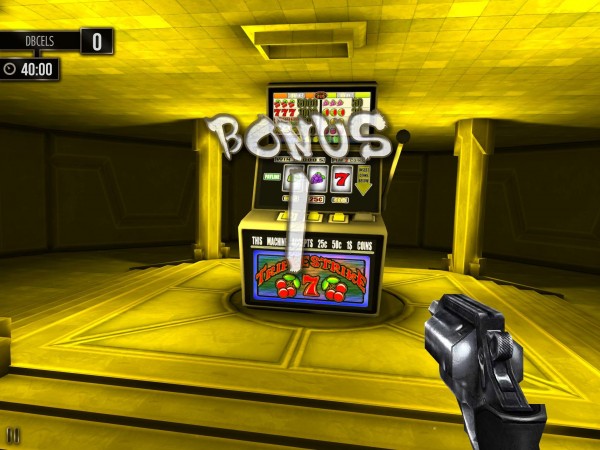 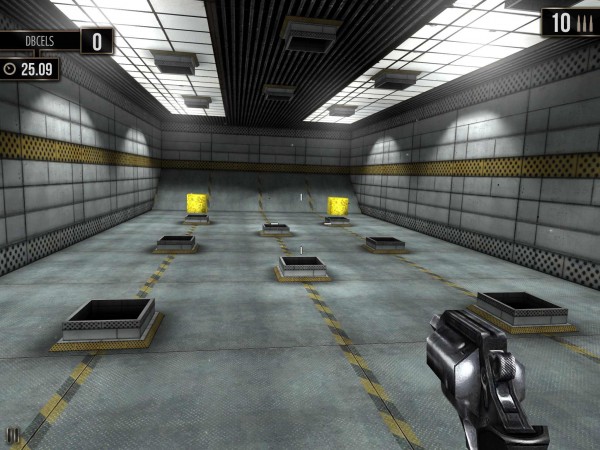 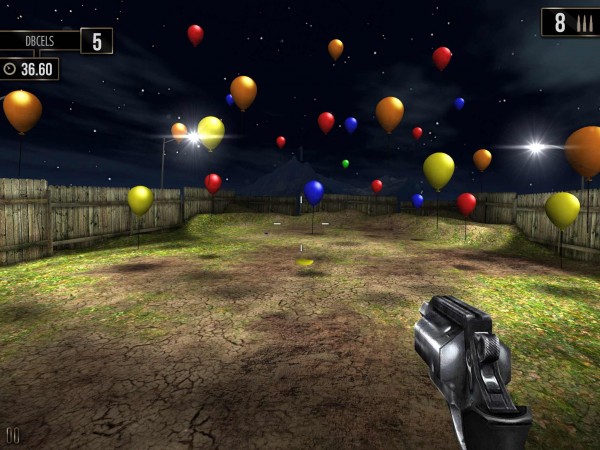 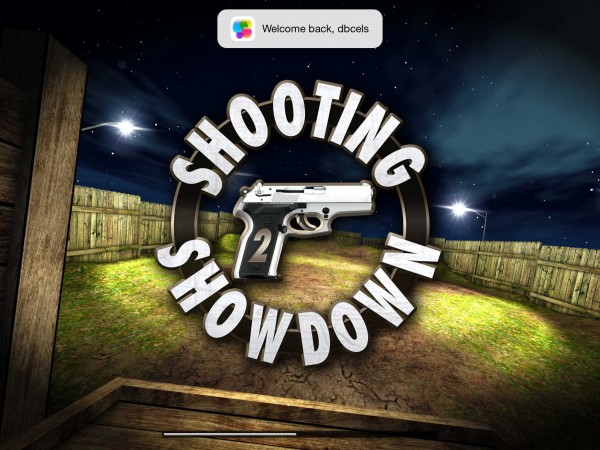 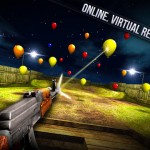 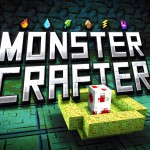 Create Creatures Of Dreadful Delight In Guncrafter's Monstrous Sequel
Nothing found :(
Try something else