You are using an outdated browser. Please upgrade your browser to improve your experience.
by Christine Chan
January 10, 2013 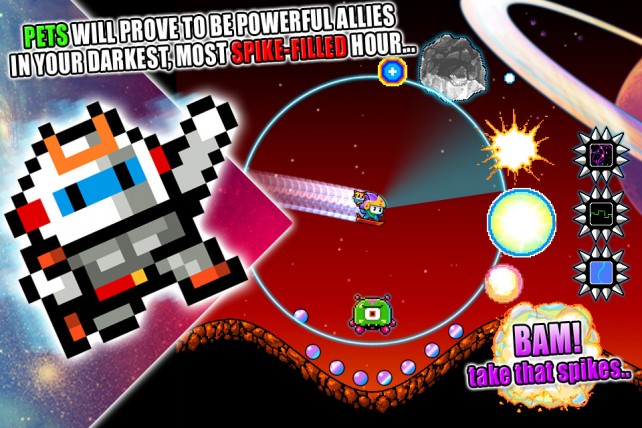 Time Surfer ($0.99) by Kumobius is a better version of Tiny Wings. As some may call it, Time Surfer is basically “Tiny Wings on crack.”

While I did enjoy Tiny Wings before, I have to admit — the gameplay got a bit boring after a while. Even though the game’s controls were incredibly simple — one touch is all you need — not being able to do anything besides dive into downward slopes got a bit repetitive. Fortunately, Time Surfer takes the core concept of Tiny Wings but adds a completely unique spin on it, thanks to the wonderful magic of time. 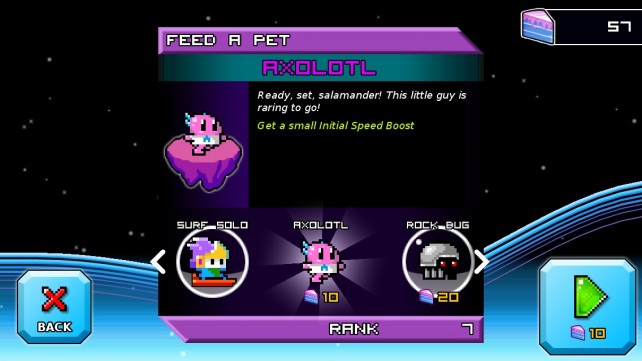 The first thing that caught my eye were the colorful and vibrant environments and visuals. Seriously, just take a look at it — how can you not love these lush galaxies that you’ll be soaring across? I also like our little time surfer guy — while the rest of the graphics are rendered out smoothly (for the most part), the surfer and pets (and some of the obstacles) are done in a retro 8-bit style, so there’s the nostalgia factor. The chiptune music of the game is also incredibly catchy and quirky, and adds to the fun factor.

So what are you doing in Time Surfer? You are trying to escape the end of the universe behind you, and the only way to outrun it is by surfing the galaxies. The surfer will move right automatically, but like Tiny Wings, you will slow down if you are going up a slope or hit an obstacle. To dive into downward slopes to gain speed, just tap on the right side of the screen.

However, the coolest thing with this game is that you have the ability to rewind time. That means if you fall off the edge (there are gaps you have to jump over), crash into a spike, or miss something that you wanted to get, then you can just touch and hold on the bottom left corner to rewind.

Of course, you can’t keep doing this ability forever. At the top of the screen is your “rewind meter.” As you use up your rewind ability, it will get depleted over time. To refill it, you will need to collect the purple orbs that you will come across in the galaxies, which should be plentiful enough. While it’s cool at first, I recommend only using it when you absolutely have to, because it’s a limited resource.

The game will end when you fall off, crash uncontrollably in a spike block, or meet the end of the universe. Before you quit completely, the game gives you the chance to use your rewind power to try and prolong your surfing time. Of course, sometimes time cannot be rewritten.

Along with the purple rewind orbs, you can collect other power-ups, such as orb magnets, speed boosts, and more. If you see cakes flying, make sure to try and grab them, because these cakes are most certainly not a lie. These space cakes are used to purchase pets, costumes, and flair (the trail behind you as you surf). You’ll want to pay attention to pets, because they provide useful abilities to help you out, like giving you a head start at the beginning of the game, to protecting you from one spike trap. To keep things fresh and interesting, missions are available for you to complete, which will get you more rewards. 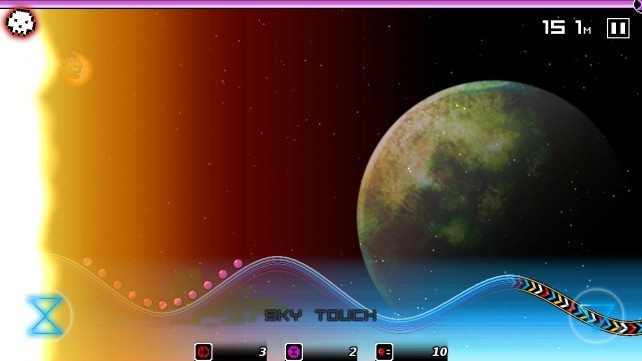 There is Game Center support but for leaderboards only. It would be nice to have achievements though, hopefully the developer can consider that.

So far, I’m absolutely loving this game. The gameplay takes a core concept and improves on it, and it also has amazing visuals and music. It’s also very addictive — once you get going, you’ll have a hard time putting it down. Oh, and there are plenty of easter eggs to look for in the game, as the developer has listed many 80s references, including my favorite: a police box. There’s also a time-traveling car and monkey king on a cloud.

If you were a fan of Tiny Wings, or just want some casual, addictive fun, then definitely pick up Time Surfer. You won’t be disappointed.

The game is available for $0.99 as a universal app for your iPhone and iPad. 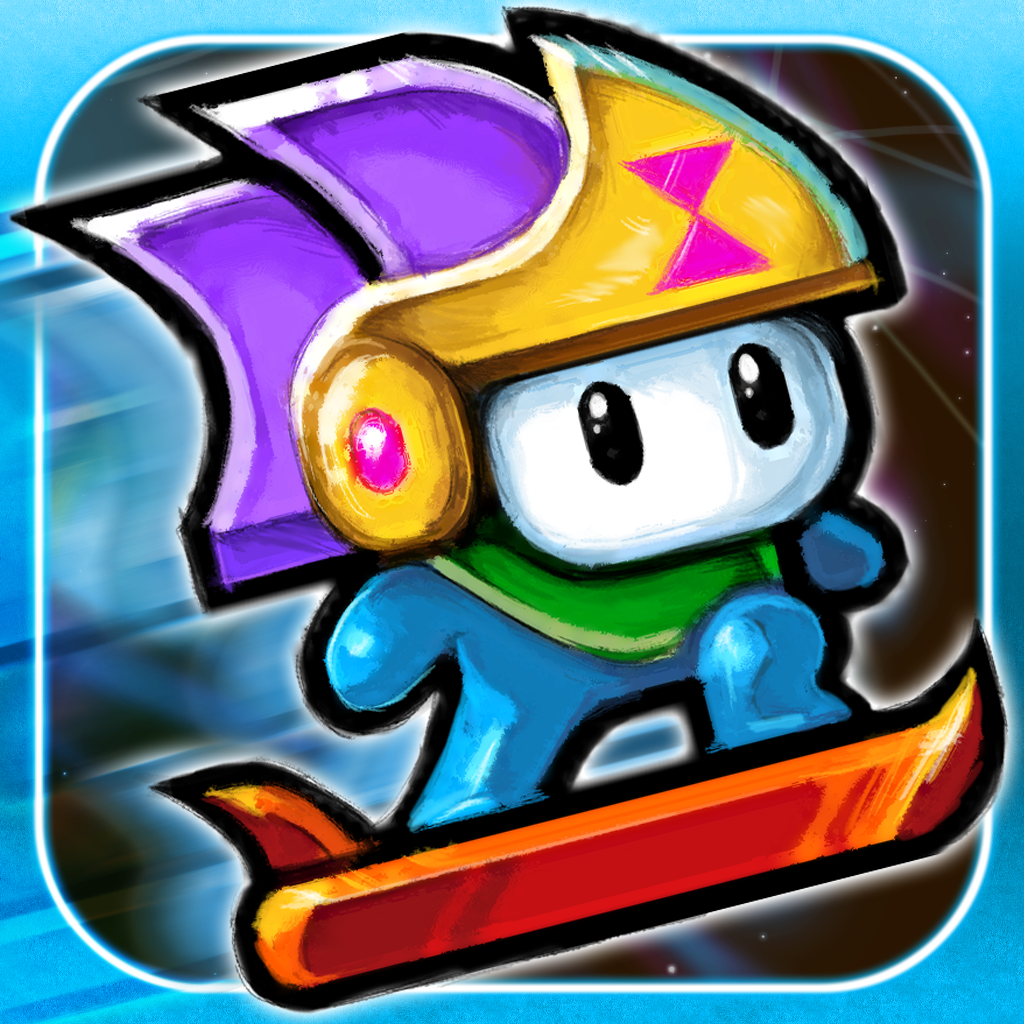 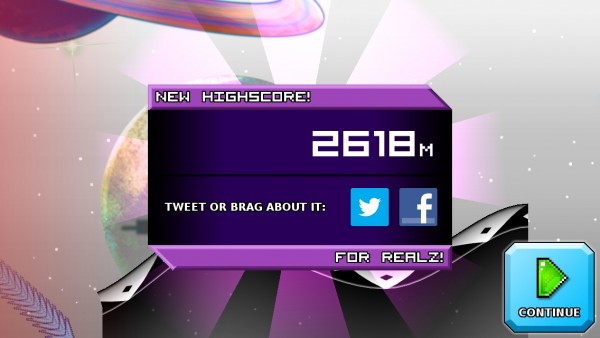 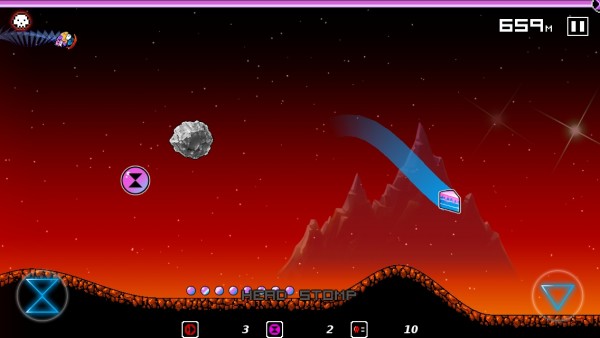 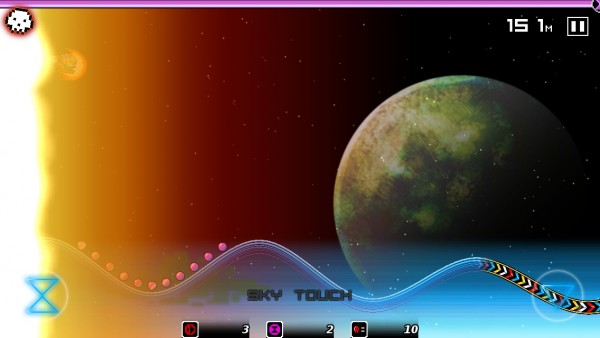 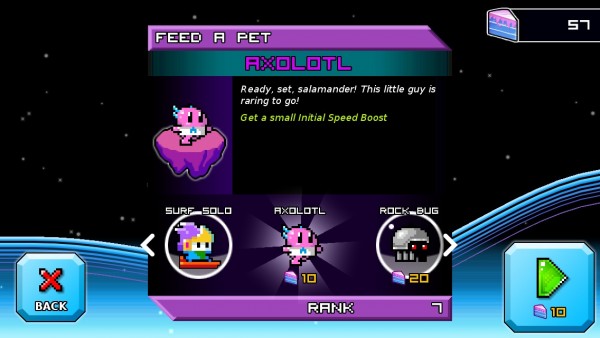 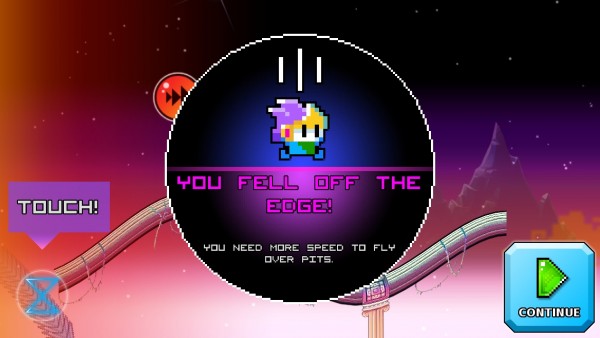 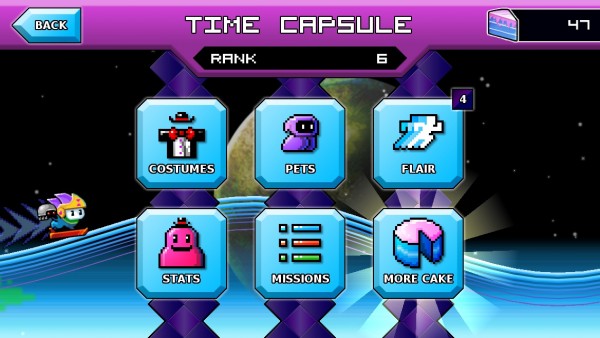 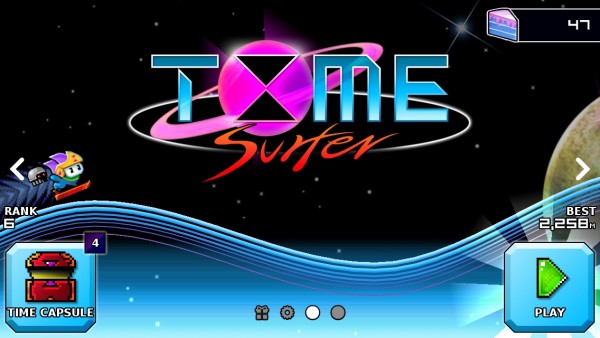 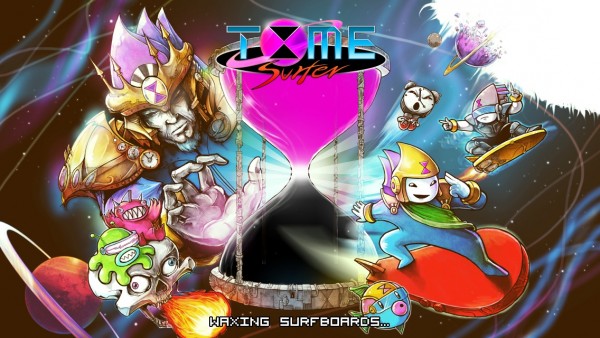 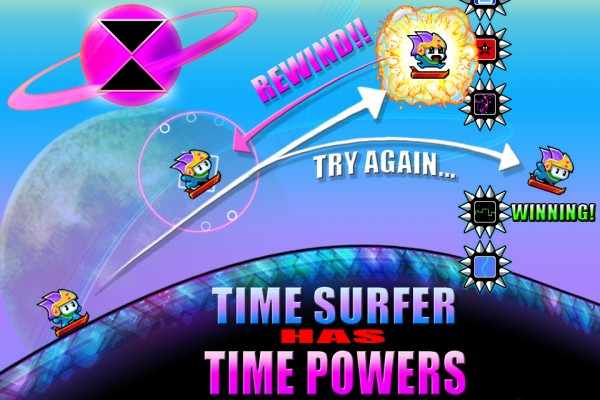 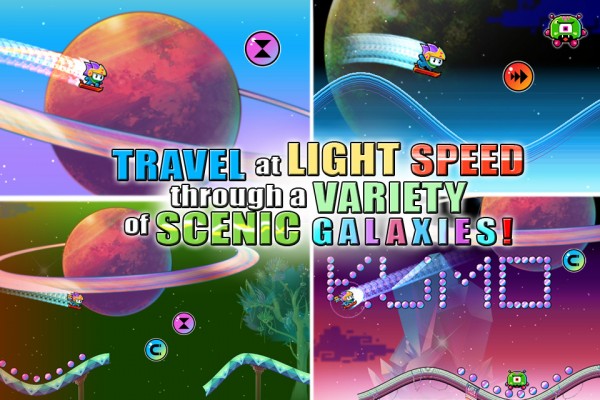 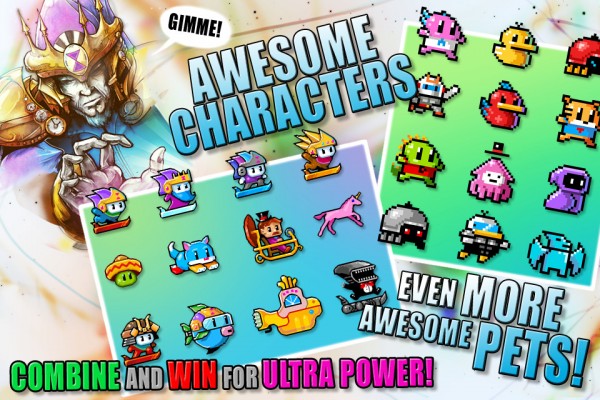 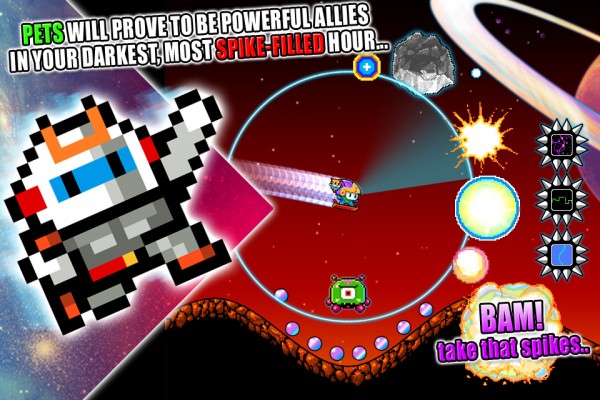 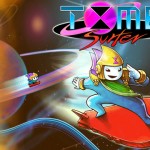