You are using an outdated browser. Please upgrade your browser to improve your experience.
by Lory Gil
August 2, 2013 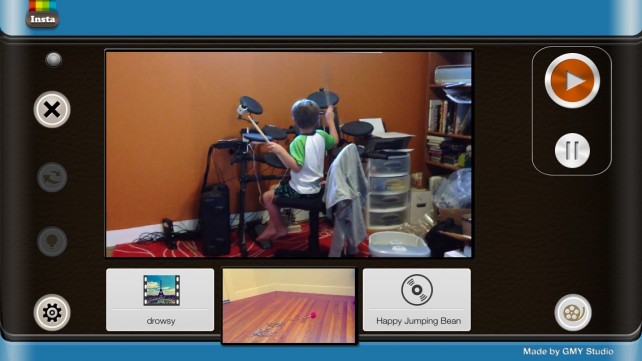 VintiqueCam ($1.99) by GMY Studio is a video-editing app that lets you add filters and music to your clips. Turn vacation shots into sweet memories that you can share with friends and family.

Users are able to turn video clips that are about 30 seconds long into montage-like mini movies, complete with a soundtrack. 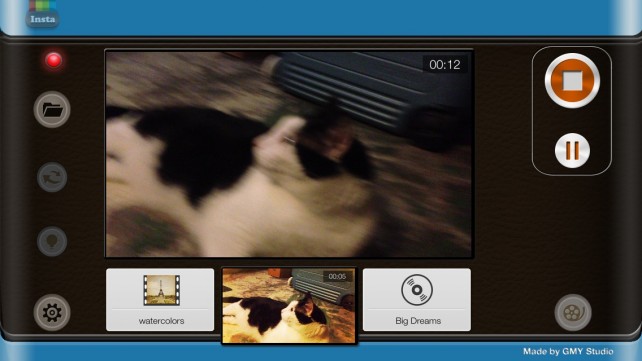 The first thing to do is add your movie. You can either take footage right from within the app using real-time filters and music, or import a video from you device’s camera roll.

The video will be compressed into five frames per second to give a vintage video look to it. Filters add even more style to the mid-century home movie look.

If you shoot the video on the spot, just pick a filter and soundtrack and tap the “Play” button in the upper right of the screen. You will see the viewfinder in the main window at the center of the screen and the filtered version in the small window below.

If you prefer to add effects to a video clip that already exists, you can do so by tapping the folder icon. This will bring up all videos that you currently have in your device’s camera roll. The app will only allow you to import clips that are 40 seconds long (15 seconds if you are using a device older than iPhone 5). If your video is too long, you will be able to shorten it with the editing tool before importing it.

Almost every time I used the editing tool to shorten an imported video that was too long, the app crashed. Out of at least five tries, I was successful once.

To edit your video, first pick a filter. Tap the filter icon at the bottom left of the screen. There are 26 different filters in the Standard pack. For $0.99, you can add 21 more. Frankly, I didn’t see anything in the Extra Filters pack that made me feel like I had to buy it.

After picking a filter, add a soundtrack. The app comes with five different sweet indie pop style songs (two of them have the word “ukulele” in the title). For an additional $0.99, you can buy five more songs. Again, there weren’t any songs that seemed so awesome that I felt a desire to buy the Extra Music pack.

If you don’t think the included songs will fit your video, you can add your own (another reason not to buy the Extra Music pack). Tap the “User Music” tab in the music section and select any song you like. You can even edit the song to begin and end in a specific place.

It is important to note that these videos cannot be uploaded to Instagram without using the InstaChooser jailbreak tweak. If you want this app because you thought it would import the videos to Instagram, don’t buy it unless you are willing to jailbreak your iOS device 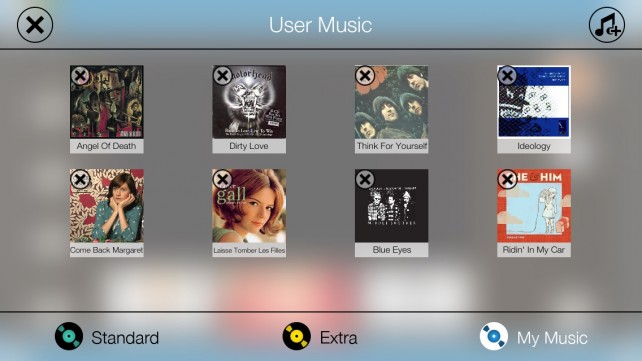 This video-editing app is a lot of fun. It turns basic videos into entertaining clips that have a mid-century home movie feel to them. This isn’t a powerful movie-editing tool, but it will help you make some pretty cute videos. Download it in the App Store today. 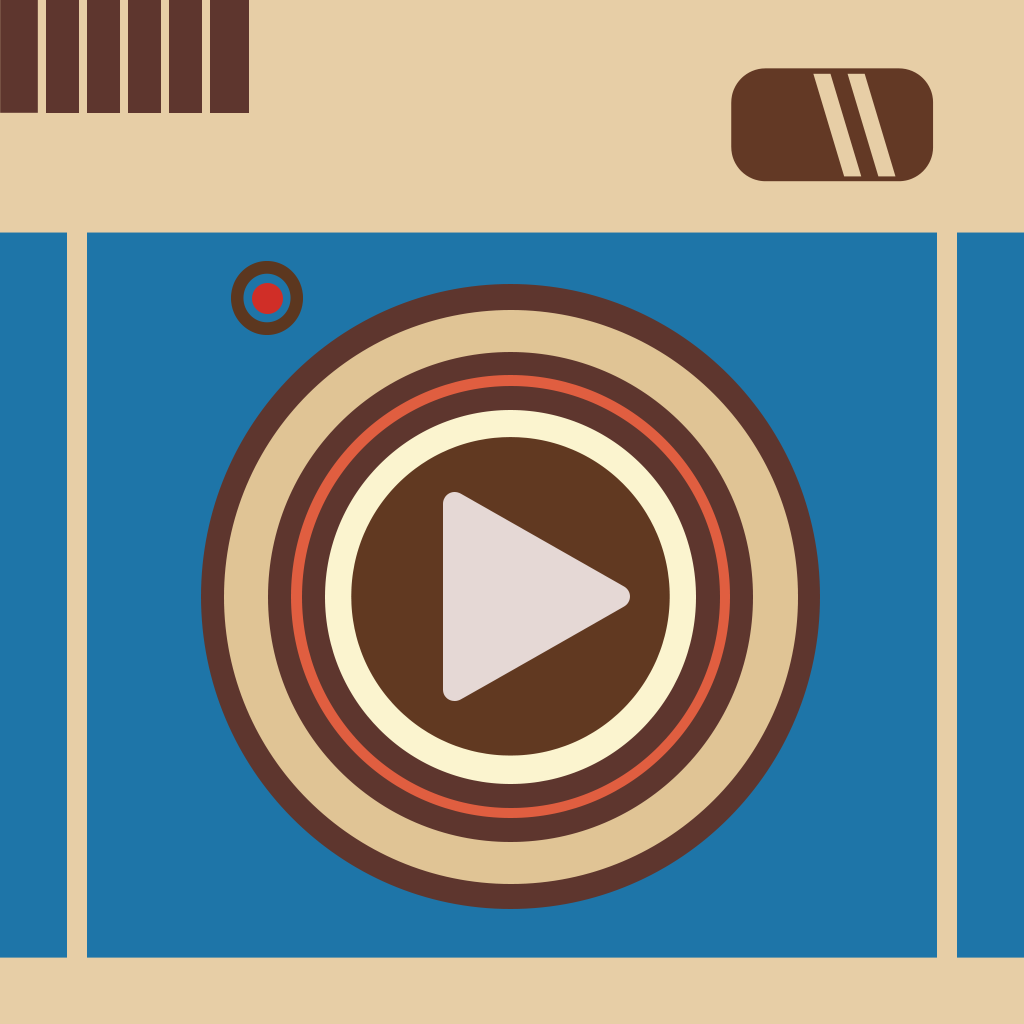 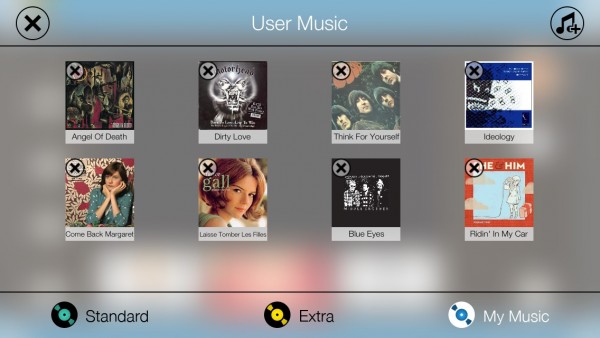 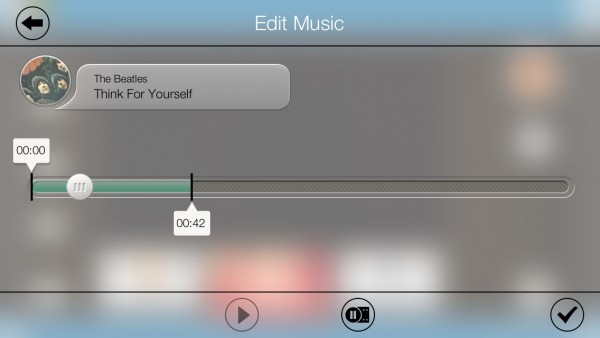 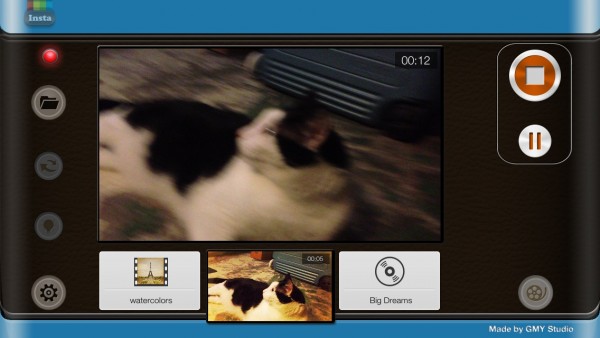 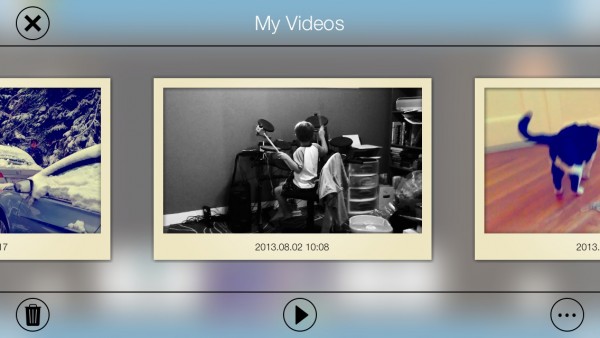 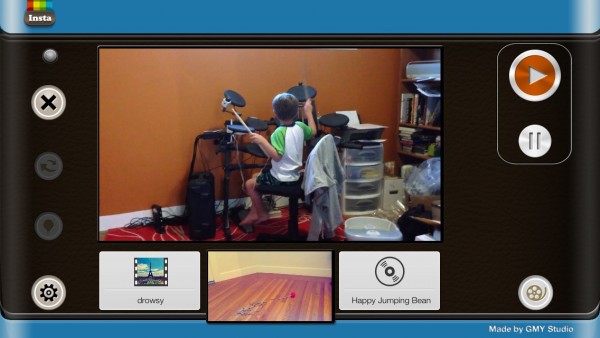 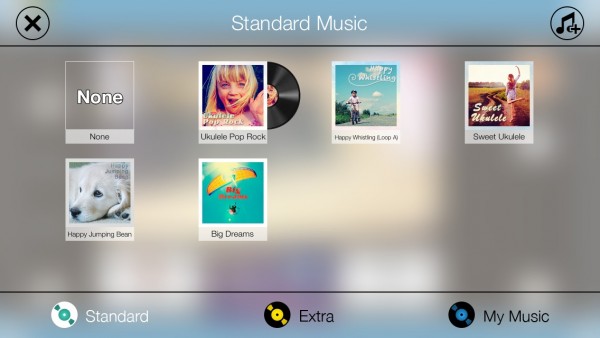 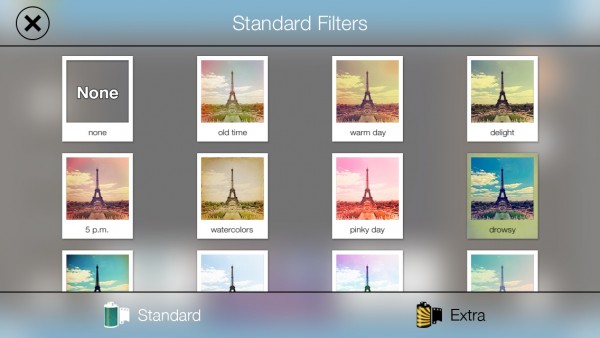