You are using an outdated browser. Please upgrade your browser to improve your experience.
by Kathryn Zane
April 9, 2013 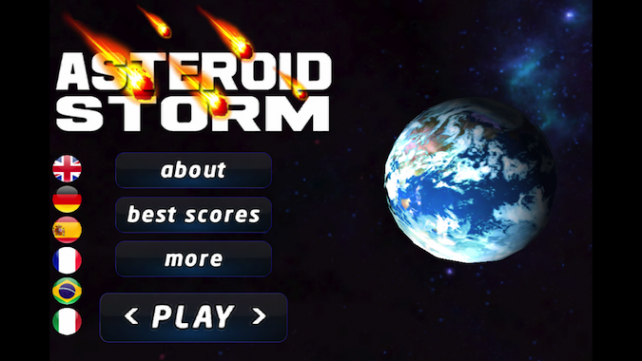 Asteroid Storm! (Free) by Psychic Software is an arcade game that was inspired by the 1979 game “Asteroids.” Earth is in danger of being pelted by asteroids, and it’s up to you to blast them to bits with your laser gun. 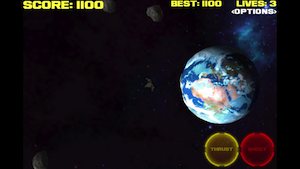 I’m going to have to be upfront and admit that I never played the game “Asteroids.” I was born almost a decade after it was released. I came into a world that knew how to design video games in color. I did the best I could to research the game. It was all I had to work with short of personal experience.

In both games, you use a joystick to rotate your ship around. There are two buttons that you use to fire and thrust. The thrust button is what allows your ship to move around in the direction that it’s pointing.

Thanks to Newton’s first law of gravity, that ship will stay in motion once you tap that thrust button. In order to change direction, you need to rotate your ship and press the thrust button again.

Don’t worry about running into any walls though. Asteroid Storm uses what’s called a “wrap around screen.” That means that when you drift to the top of the screen, you pop up from the bottom. If you fly off to the right of the screen, you come back on the left side.

The point of the game has less to do with protecting Earth from large, floating rocks, and it’s more focused on protecting yourself from coming into contact with anything. You have three lives in the game. Each time an asteroid, alien saucer, or smaller chunks of rock hit you, you lose a life. 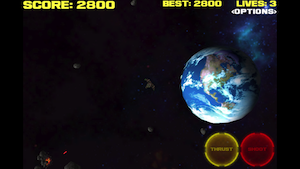 I love the idea that developers are adapting old games that people enjoyed into modern versions that can be played on their iDevices. These early games helped to shape what we have today, and keeping them around for others to enjoy is awesome.

Asteroid Storm is a universal app, and it’s available in the App Store for FREE! 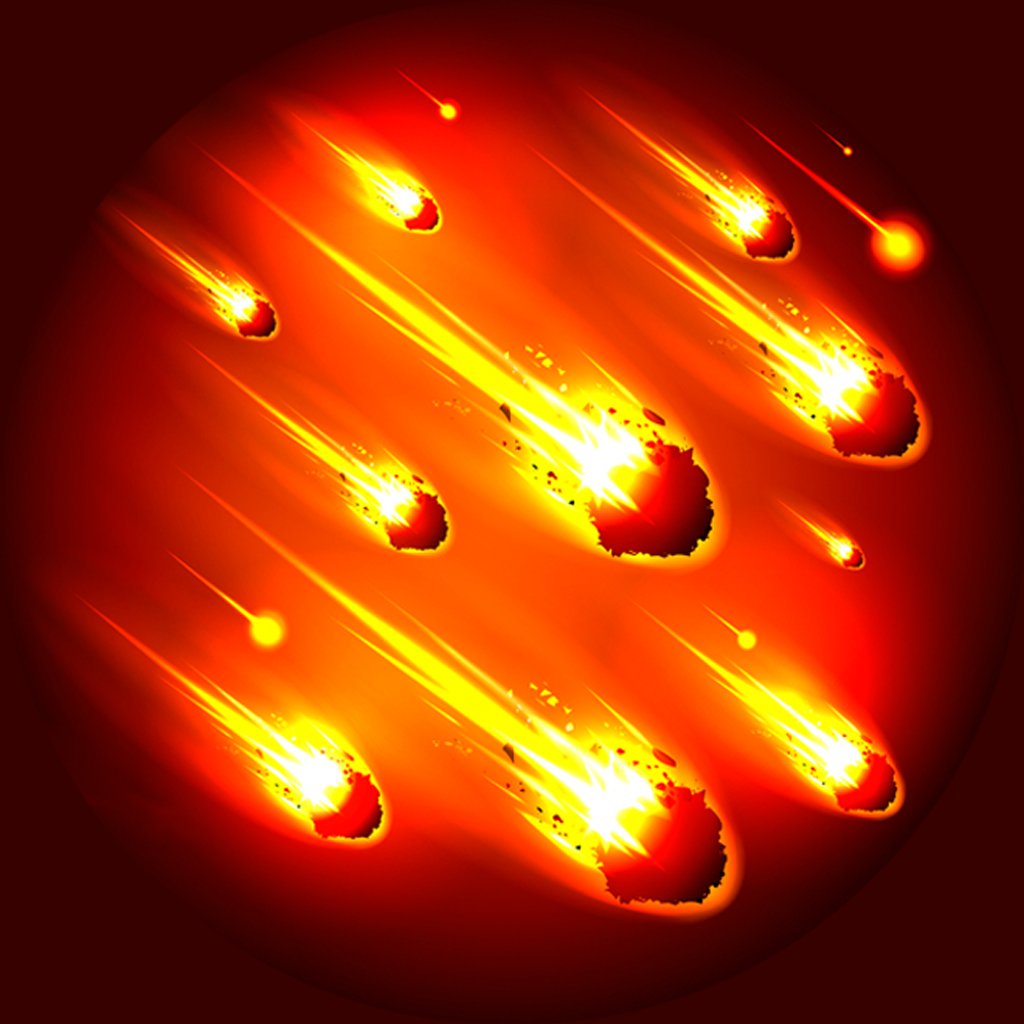 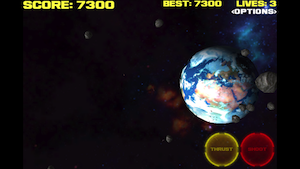 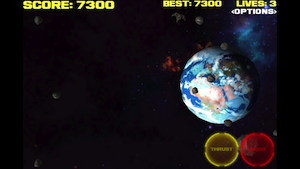 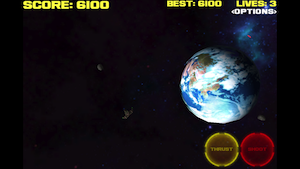 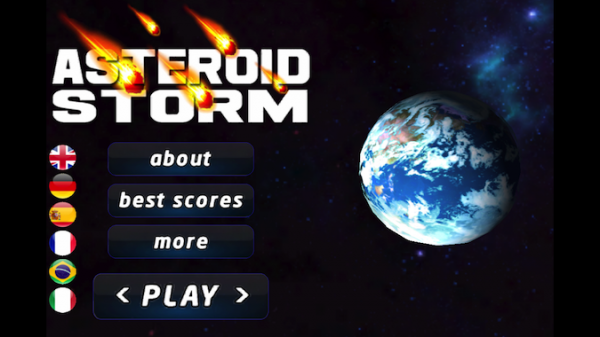