You are using an outdated browser. Please upgrade your browser to improve your experience.
by Katy Zane
September 12, 2013 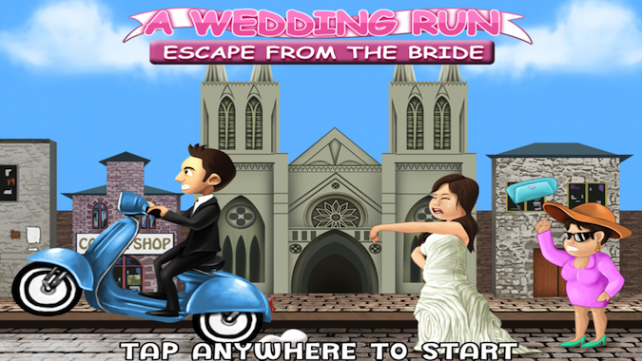 Some people get cold feet before their big wedding day. Most people know that they’re just getting some jitters and the feeling will pass. Other people become acutely aware that this marriage is a horrible idea. These people go ahead and get out of the situation before it can turn into a lifelong regret. A Wedding Run: Escape From The Bride is the adventure of a man who feels the need to ride as far as he can. 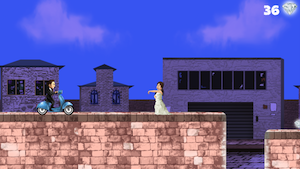 He jumps on his scooter to get away from the bride and her angry mother. While he’s cruising along, he can pick up diamonds. There aren’t any characters or vehicles to unlock, so don’t worry about having to go out of your way to pick them up.

There’s a small problem with the scooter. It’s obviously built to have only one rider. Either he showed up to the wedding just so that he could break up with his fiancé, or he stole the scooter when he needed to make a quick exit.

I also think that the bride and her mother are pretty funny. The bride looks like she’s showing off her engagement ring to you, and her mother is obviously going to hit you with her purse. 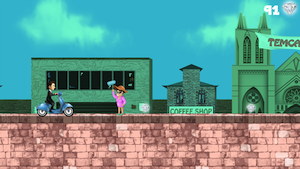 This simple endless runner has a funny premise and great graphics. It’s completely free, so there aren’t any in-app purchases to worry about. The controls are simple and easy, and the idea of a flustered mother trying to beat you with a purse is hilarious.

A Wedding Run: Escape From The Bride is a universal app, and it’s available in the App Store. 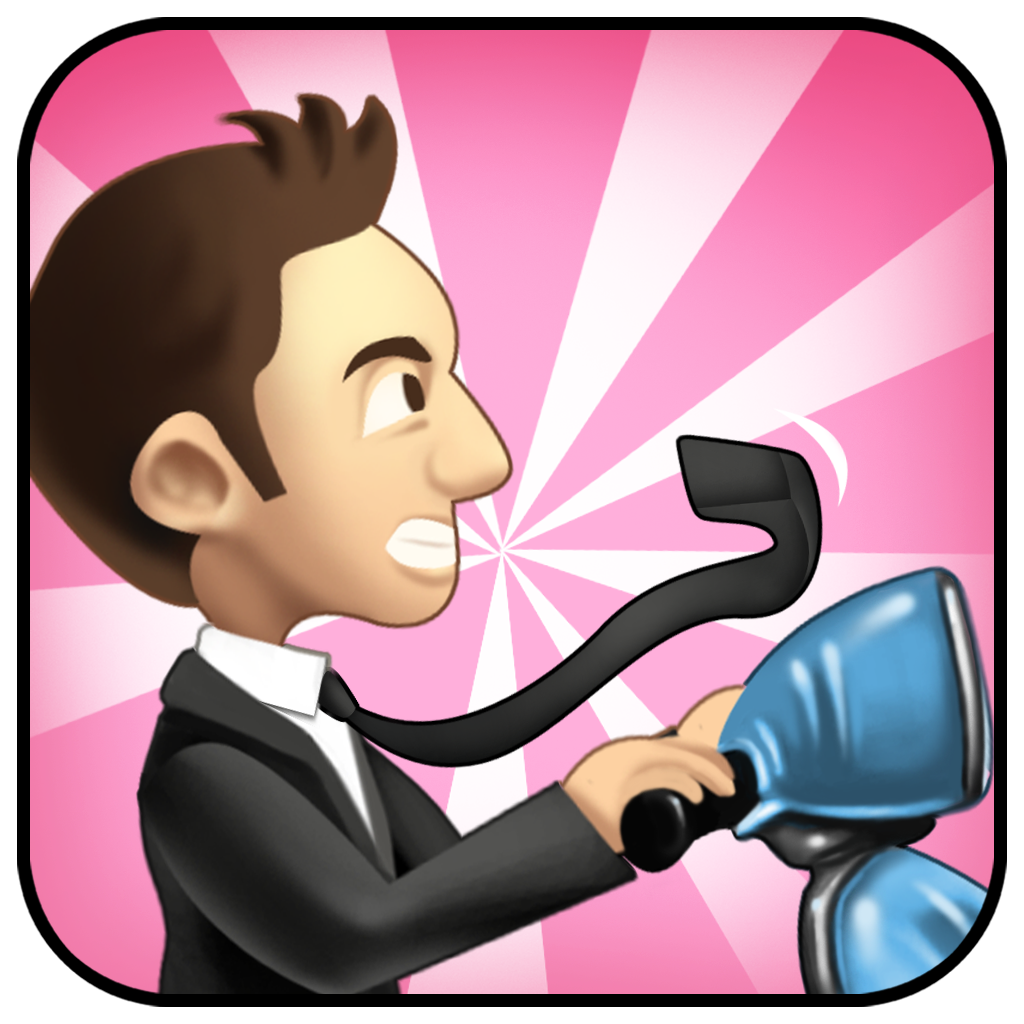 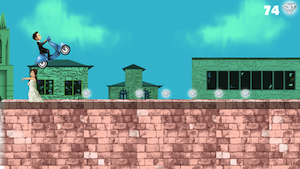 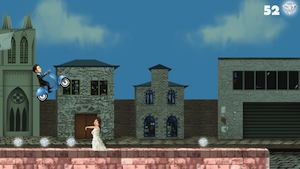 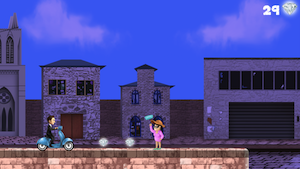 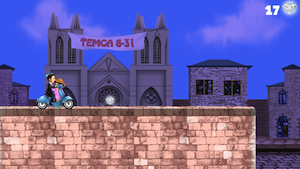 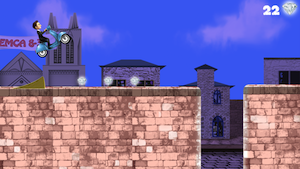 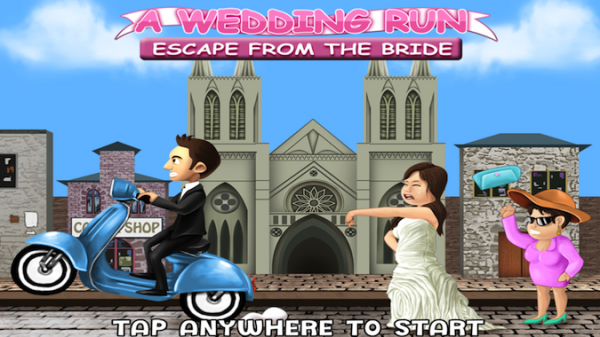 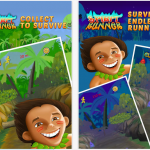 On Your Marks, Get Set: Spirit Runner For iOS Sprints Into The App Store