You are using an outdated browser. Please upgrade your browser to improve your experience.
by Katy Zane
November 12, 2013 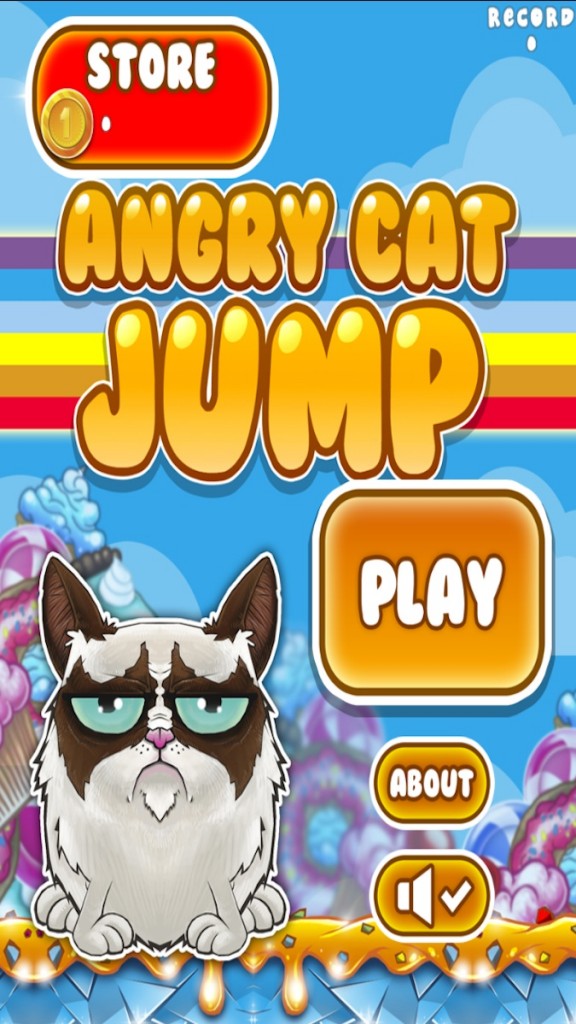 Angry Cat Jump (Free) by Fern's Blossom is a platformer game that is set in the most diabolical place known to mankind: a land of candy, magic, and dreams. Sure, any normal person would be thrilled to be in such a wonderland, but Angry Cat is not pleased with the locale. Considering his name, I’m sure that no one is surprised by his bitterness. 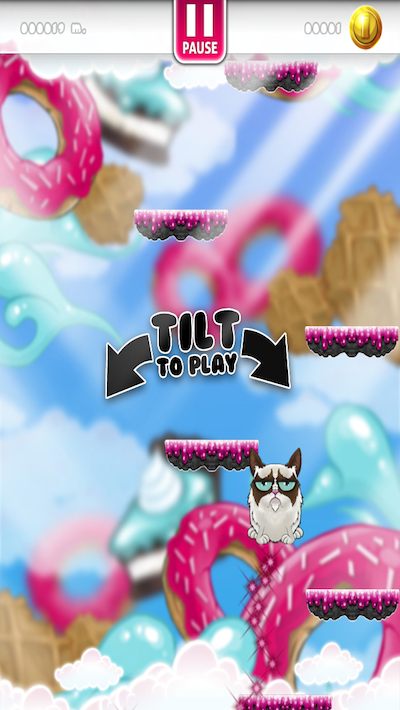 Those of you who enjoy meandering through the Internet in search of entertainment have probably come across the meme Grumpy Cat. This cat’s coloration and facial expression makes her look like she’s incredibly unhappy. Hence the name. The character Angry Cat looks exactly like Grumpy Cat.

The premise of the game is to jump as high as you can. Along the way, there are cute things that you can stomp on like cookies or cupcakes. There are also coins that you can pick up. These coins let you buy new costumes, hats, and boosts.

Normally, I’m not impressed by the costumes that games offer. They’re usually not worth the effort required to earn them. This game, however, has piqued my interest. You can buy costumes like the vampire, zombie, metal star, Avatar (the blue characters, not the air bender), Joker, Terminator, and Iron Man. That’s some pretty awesome gear.

The hats have just as much variety with options like a Viking hat, crown, hipster glasses, a top hat and monocle, or pirate hat. There are even more costumes and hats available that I didn’t mention.

You can also use your coins for boosts. One gives you coins for every cute thing that you stomp on. You can buy a coin doubler or the ability to move faster. These boosts are permanent instead of only a single-use.

There are ads, but they don’t appear during gameplay. There are pop-up ads after you die, and that’s it. They weren’t intrusive or distracting. I also didn’t end up with three of them at a time. 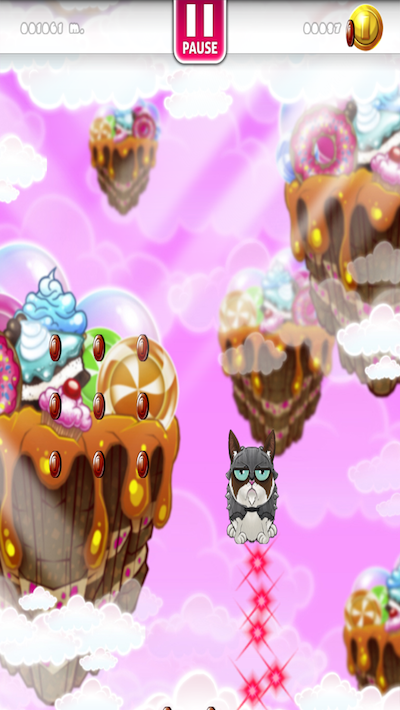 I’m not exactly the best at platformer games, but I enjoyed this one. I liked the link to Grumpy Cat and the crazy costumes. The game is also pretty reasonable about the prices for items in the shop.

Angry Cat Jump is a universal app, and it’s available in the App Store for FREE! 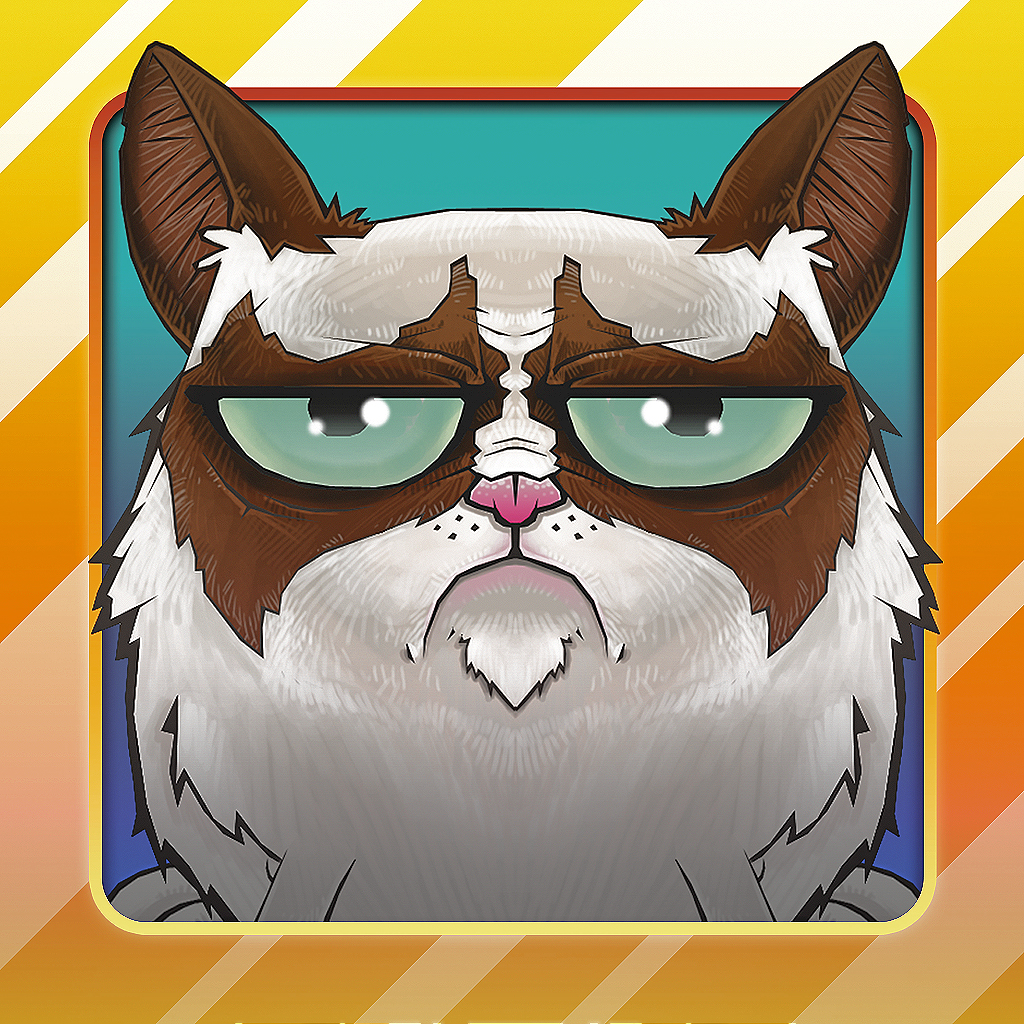 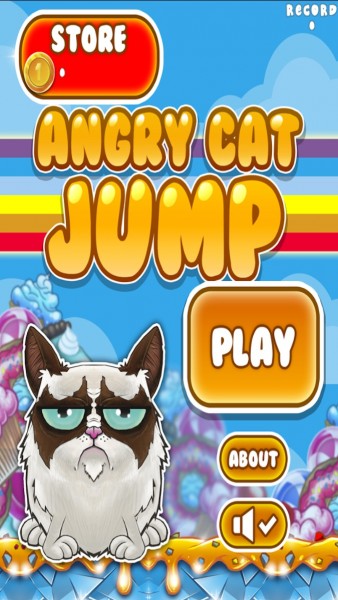 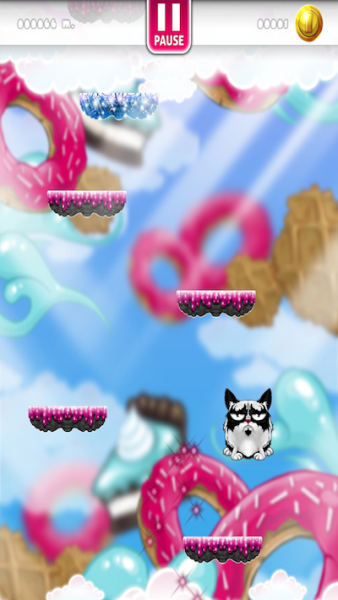 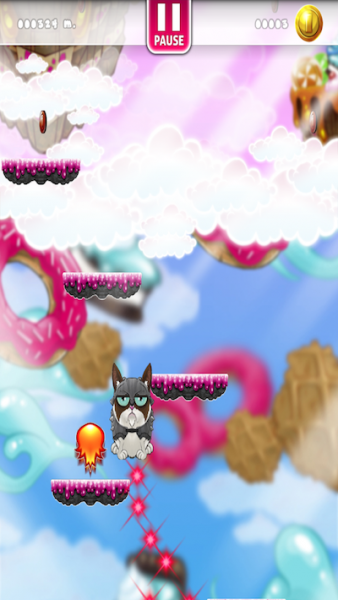 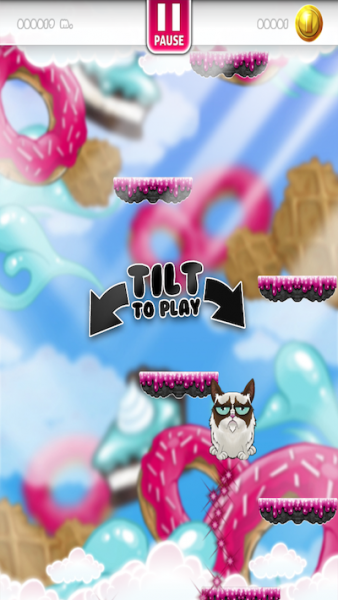 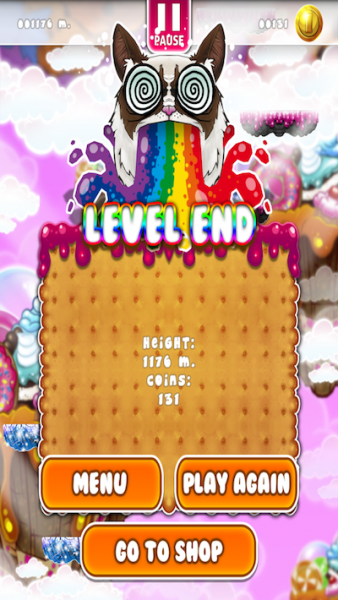 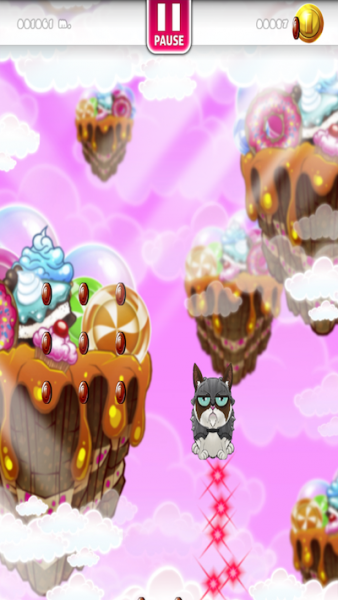 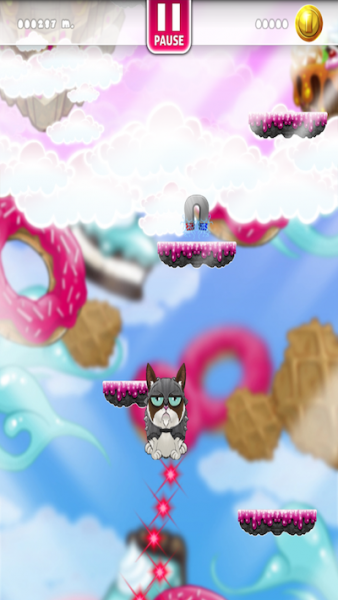