You are using an outdated browser. Please upgrade your browser to improve your experience.
by Kathryn Zane
February 5, 2013 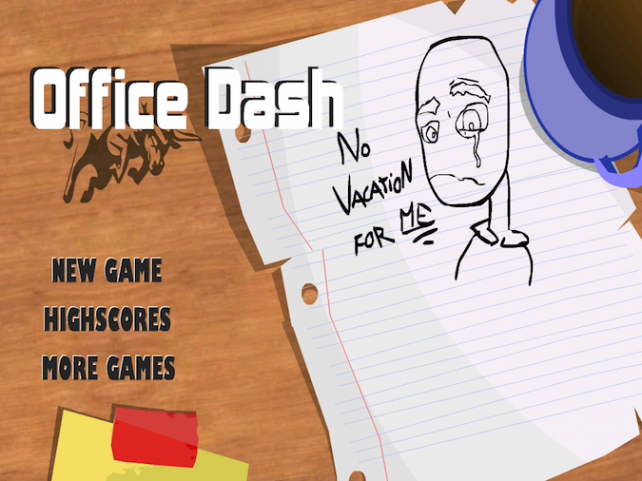 Once upon a time, there was a disgruntled office worker. I’ve named him Bob. One day, Bob was told that we was going to have to work instead of taking his vacation. Bob snapped. He became the embodiment of what we call “going postal.” Unbeknownst to his fellow employees, Bob decided that everyone else was to blame for his predicament. Thus, Office Dash came into existence. Channel Bob’s internal angst and help him lash out at everything in his sight. 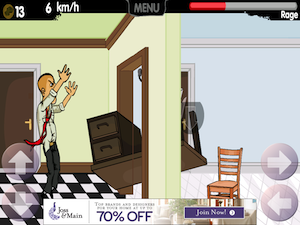 At first, Bob can only kick filing trays around and flip desks. However, Bob has the opportunity to gain new skills as you progress in the game. Throughout each level, there are dino coins scattered around. As you pick up more of them, you can buy new skills at the end of the level. You could easily have every skill purchased in 30 minutes.

With more skills under Bob’s belt, he can crash through cubicle walls, use coat racks as a skewer, and do unmentionable violence on his coworkers. The cost for these skills can range from 20 to 100 dino coins.

As Bob stomps through the office, there are arrows, or combinations of arrows, that pop up before an item or person. Push the arrows on the bottom of the screen as Bob walks past the arrow signs to activate the skill.

When Bob uses a skill to destroy what’s in front of him, his rage meter goes up. This is his anger stamina. When Bob runs out of rage, you lose the game. I assume that after the game is over, Bob looks over his shoulder and yells, “Sorry about that. Just had to get stuff off my chest,” while there’s a trail of death and destructions behind him.

As you progress through the level, Bob moves faster and faster. If you last long enough by keeping up Bob’s rage gauge, Bob will move through the office like an Olympic runner. You’ll barely be able to keep up with the arrow signs. 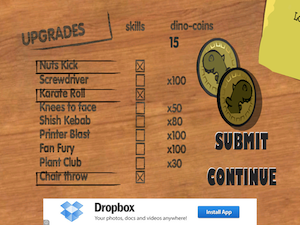 I loved this game. Even though it’s a little violent, it was still great to play. I think everyone has a little office angst pent up inside. Even when you work in your pajamas and listen to Dr. Who in the background while you type, there are still bad days. Office Dash is an awesome way to get out some of your frustrations about having a job that sometimes irks you.

Office Dash is a universal app, and it’s available in the App Store for the awesome price of FREE! 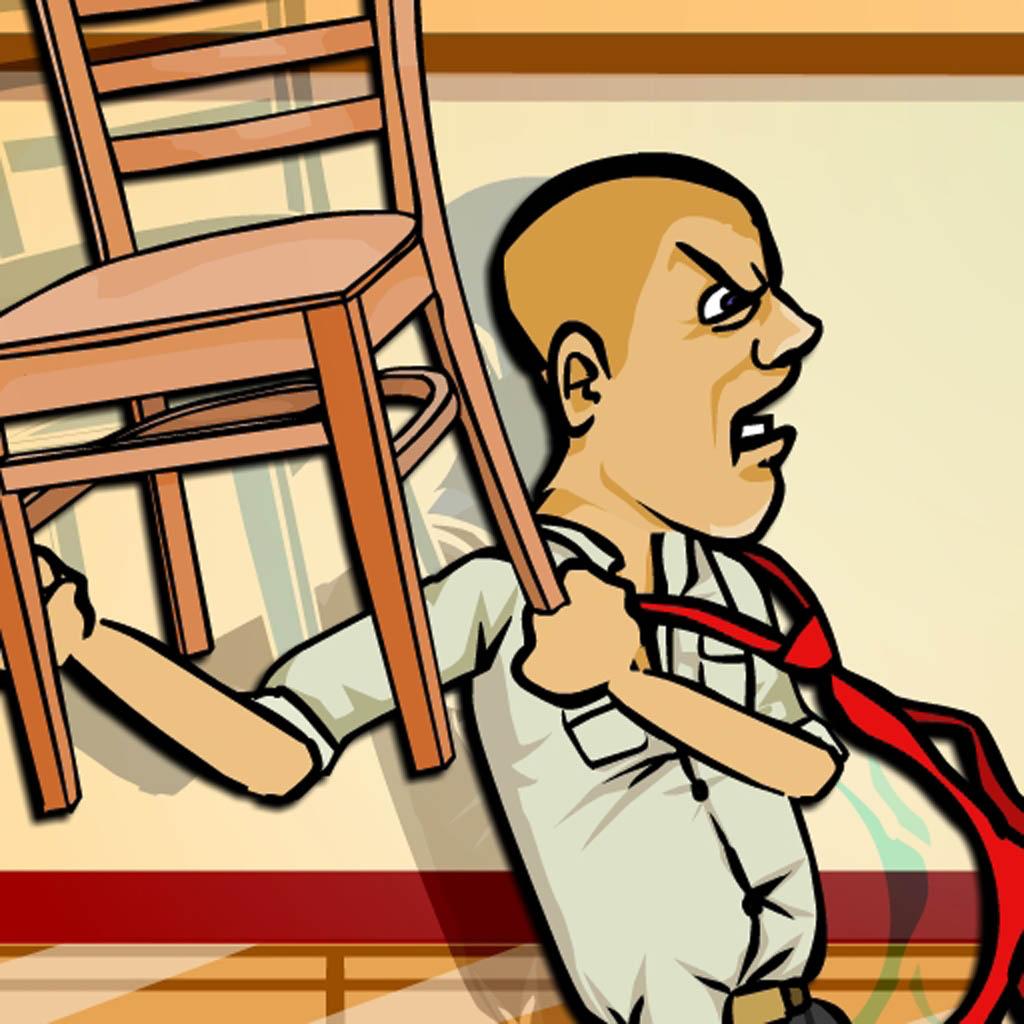 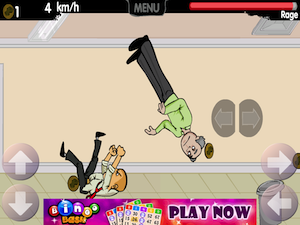 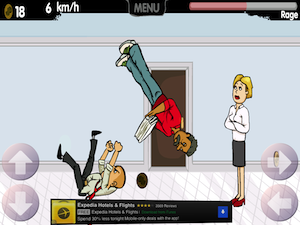 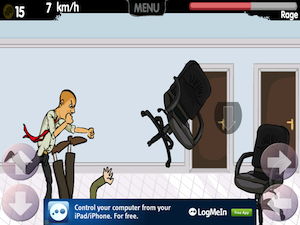 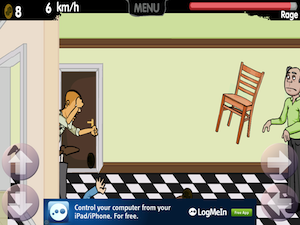 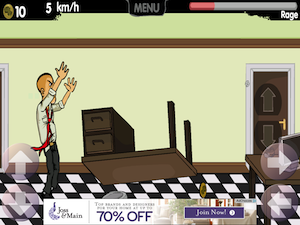 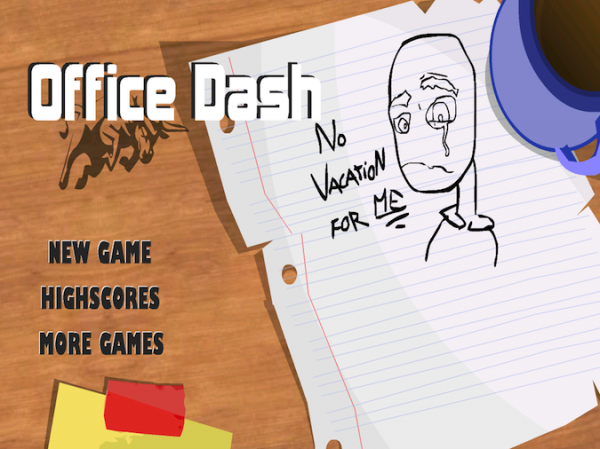