You are using an outdated browser. Please upgrade your browser to improve your experience.
by Christine Chan
August 12, 2016 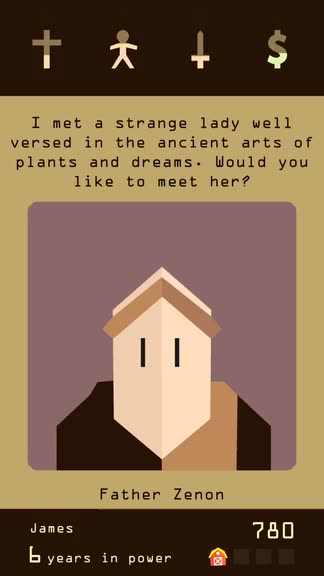 Reigns ($2.99) by Devolver Digital is a Tinder-like adventure game where you’re on the throne as a benevolent (or malevolent) monarch, imposing your will upon the land. If you enjoyed other games by Devolver Digital, which includes the awesome Downwell, then you don’t want to miss out on Reigns.

Ever since I started watching “Game of Thrones” a few years back, I’ve always wondered what it would be like to rule a kingdom as I sit on the iron throne. Of course, this will never be answered in reality, because we aren’t living in medieval times anymore. But one can dream, right? When I saw Reigns on the App Store, I was intrigued, as it seemed to give me a taste of what that dream would be like. And the most interesting part of the game is the fact that it uses a Tinder-like card system, where you swipe right or left for “yes” and “no,” respectively. Because hey, who isn’t familiar with Tinder these days? It seems like a good mashup of medieval and modern, if you ask me. With the pitch of Reigns hitting my inbox, seeing that it’s from Devolver Digital, and seeing it featured on the front page of the App Store, I knew I just had to check this game out. And let me tell you — I’m not disappointed yet again. 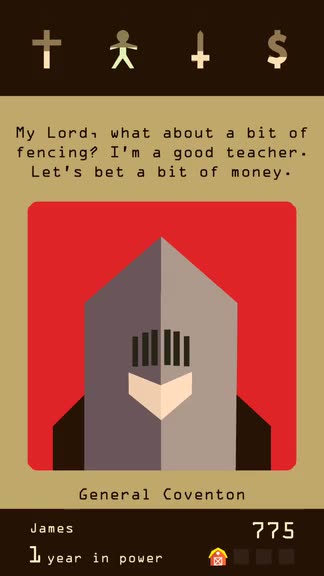 In terms of visuals, Reigns features a simple and clean aesthetic that will certainly appease the minimalist crowd. All of the character designs are flat and lo-poly style, with bright and vivid colors that contrast nicely with the dark color scheme of the game itself. The cards have a pretty basic design on the back of them, the text is in an easy-to-read monospaced font, and the icons telling you your kingdom’s levels of the church, the people, the army, and the treasury are easy enough to understand. There is also an ambient soundtrack to go along with everything, and the sound effects and voiceovers (optional) are rather humorous. Once again, Devolver Digital has another hit on their hands in terms of visuals and sound here.

So what exactly is Reigns? The kingdom starts around the year 600 with the first king. Players will find cards that feature various characters in their kingdom who come to the king with many different types of requests. If you want to accept or like the request, then swipe right. If you don’t like it and want to decline, then swipe left. As you make your decisions, you will see the kingdom’s various element levels increase or decrease at the top. Sometimes, the choices you make will only last for that king’s reign, but others will have much more lasting effects on the kingdom. Once a level reaches zero, or your people turn against you (it’s entirely possible), then that king’s reign ends and you start over again with a new monarch. The current king adds a year to his reign with each decision you make, and sometimes you’ll be gambling with the jester or even dueling with a general for fun. 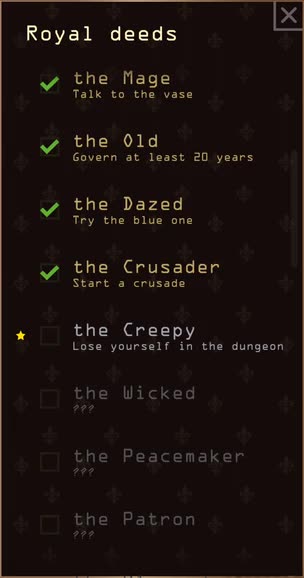 Even though the game looks pretty simple from the surface, there’s a lot going on in Reigns. The choices you make can affect the kingdom more than you think, and you’ll want to look over each request and think about the consequences to your kingdom before swiping. Plus, depending on your choices, your monarch can earn different titles to his name, which just make the game even more fun. You also unlock more character cards for your kingdom over time, and there are also deeds for you to accomplish, which you need to think about as you go through requests if you want to complete them. And there are different types of deaths that will end your reign, so that’s another aspect to look for as you play. Your score for each king is the number of years that you were in power, so the longer you last, the better.

I have only had the game for a day, but I’m finding it rather difficult to put down. The visuals are nice and clean, the music is soothing, and the gameplay is unique, interesting, and makes you think before acting. I love the randomly generated requests for each reigning period, and the humor is top notch. I’ve always wondered what it’s like to rule a kingdom, and this game lets me experience that in a fresh way. I just wish that it was possible to name your own kings, or even have a regnal number system for the kings who have the same name. Still, the game is fun and hard to put down even without these features.

I highly recommend checking out Reigns if you like special, distinctive adventure games that are unlike anything you’ve played before. Plus, who hasn’t wished they ruled a kingdom? Reigns is on the App Store as a universal download for your iPhone and iPad for just $2.99. 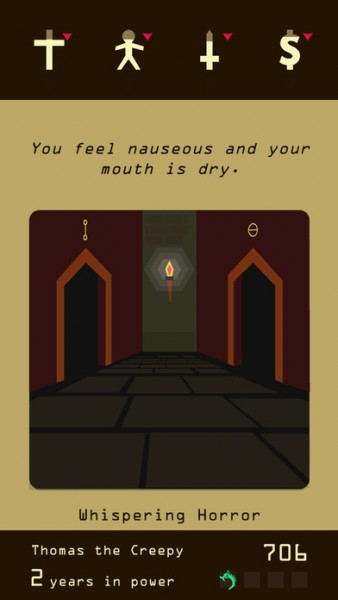 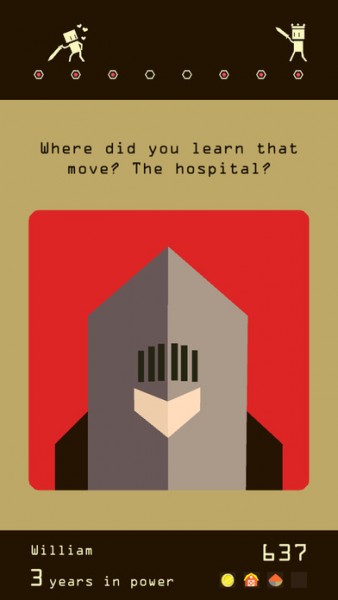 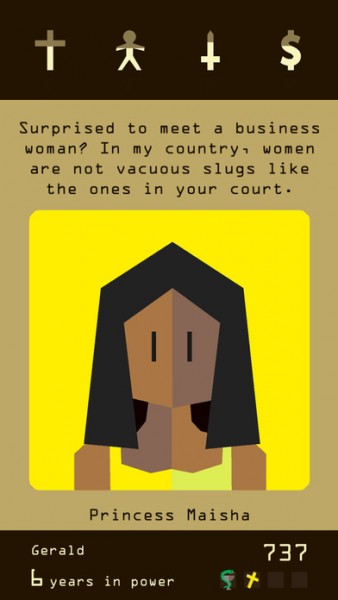 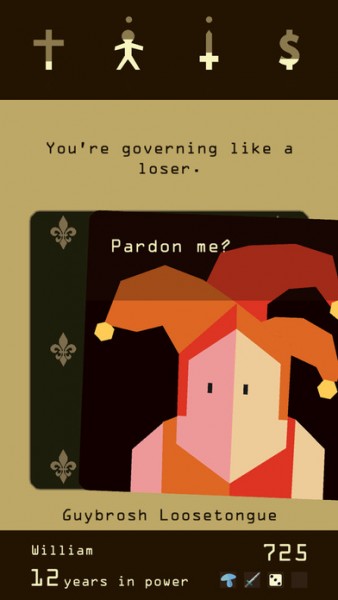 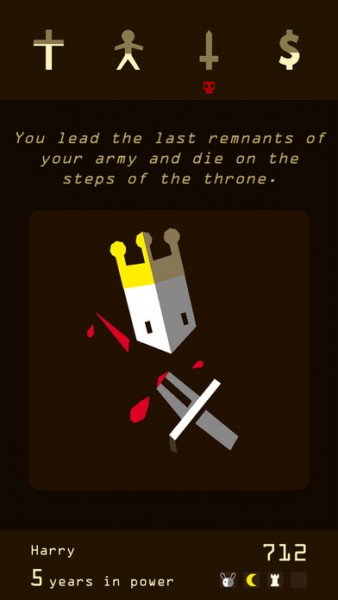