You are using an outdated browser. Please upgrade your browser to improve your experience.
by Christine Chan
January 6, 2017 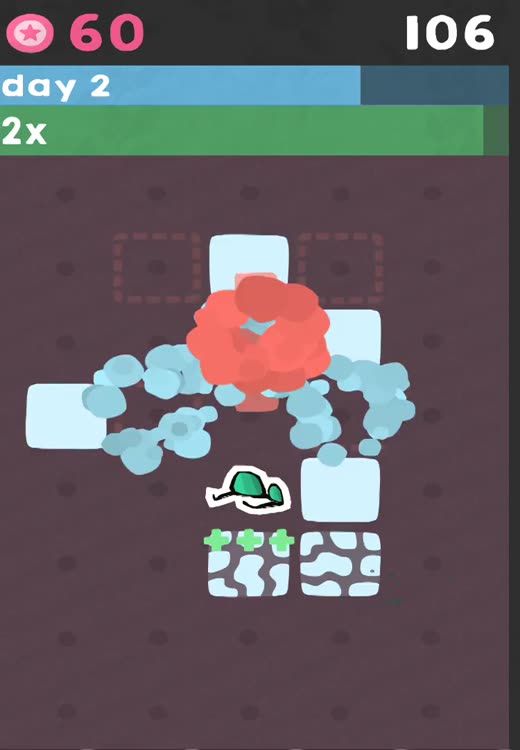 Remedy Rush (Free) by Fixpoint Productions Ltd. is the latest game from indie developer Whitaker Trebella, who has released some amazing games in the past. If you enjoyed Polymer, Pivvot, or Piloteer, then you will fall in love again with Remedy Rush.

While there are thousands of mobile game developers out there nowadays, one of the standout indies to me was always Trebella and his games. Ever since I started playing Polymer way back in the day, I knew that pretty much anything that came from this developer would be something amazing and awesome. It started with a simple puzzle game, then the twitch reflex genre with Pivvot, and then the frustratingly hilarious physics-based Piloteer, and now we have the unique maze adventure of Remedy Rush. I’ve enjoyed the fact that Trebella has always gone with a different genre for all of his games, because it means something fresh for every release. And needless to say, I am not disappointed with Remedy Rush. 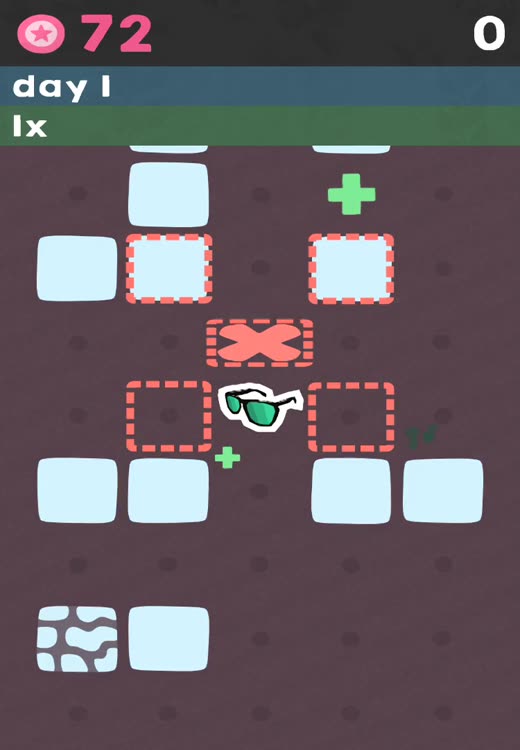 Visually, Remedy Rush has a super quirky and fun aesthetic that is fairly simple looking when you actually play the game. The graphics for the various remedies look a bit like paper-craft style due to the jagged cutouts and outlines, and the obstacles and germs that you’ll encounter consist of basic shapes. Remedy Rush sports a purple background that contrasts nicely with the other colors used, which range from bright and vivid tones to softer pastel tones. Animations are smooth and fluid, so I had no lag or choppiness on my iPhone 7. To top things off, the game has a soothing, jazzy tune in the background, which is expected since Trebella composes video game soundtracks as well. Overall, Remedy Rush is beautiful both in terms of visuals and audio, so I would say that Trebella has done it yet again.

At its core, Remedy Rush is an infinite maze game that can be rather chaotic, but it can be played with different play styles. This means that you can play haphazardly in a frantic rush, or you can be a tad bit slower and use logical thought to find the most efficient path through the maze. And since it’s an infinite game, the maze is procedurally generated each time you play, so it’s never going to be the same thing twice. But it will always start off pretty easy and then get increasingly difficult the longer your survive. The concept behind Remedy Rush is that after you come down with an annoying sickness, you’ll have to dive in as an unconventional remedy in order to ward off germs in the body. On top of making your way through the maze of the body, you’ll have to watch out for the sickness that will be on your tail the entire time. However, the more days your remedy lasts, the longer you’ll fend off the sickness, though it also gets progressively more dangerous as more time passes.

There are toxins in the body that can explode and kill off germs in the body, but also kill your remedy as well if you’re not careful. The green health bursts let your remedy unleash a unique attack that can get rid of germs or decaying blocks. Once your remedy dies in a blast, gets overtaken by germs, or is caught by the sickness, then the run ends. Your score is determined by how far you managed to get and how many germs you exterminated. 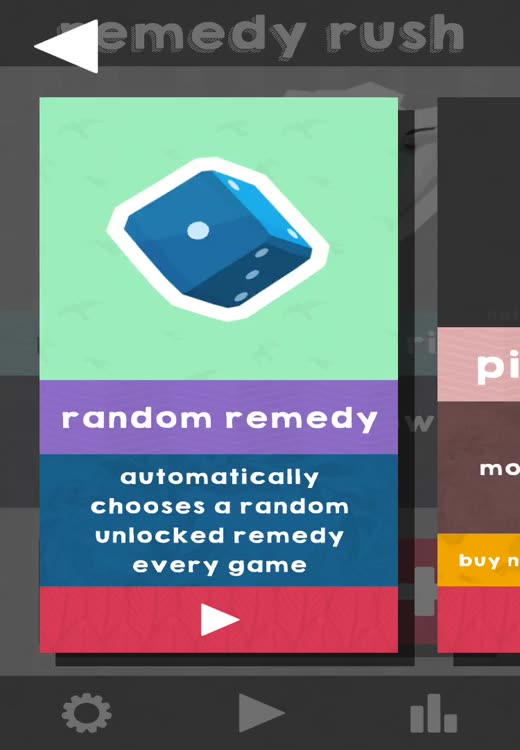 Controls in Remedy Rush are simple and intuitive. To move forward, just tap anywhere on the screen. You can change the direction you move in with just a swipe. When you bump into a toxin (pink), squares will be outlined with dashed lines to indicate the blast area, so you’d better move out of those spots before it goes off, or you can bump it again to make the explosion go off immediately. These blasts can kill off the pesky orange germs, as well as you if you get caught in the blast, but can also open up new pathways if there are damaged cells adjacent to it and trigger other nearby toxins. You can also collect up to three of the green health bursts, and to activate it, just do a long-press on the screen. Each remedy has their own special passive ability that can help out during the game, so learn what each one does and take advantage of it for the best score.

In the beginning of the game, you’ll start off with the cookie as your remedy, but there are over 30 remedies available in the game. If you want more, you’ll have to spend those pink coins that you collect on prize boxes (100 coins a pop) that contain random remedies. There are also gift boxes that will award you with coins every few hours, so it’s relatively easy to get coins in the game. If you find a specific remedy that you want to play as, you can purchase them through in-app purchases. Unfortunately, if you look at all of the available remedies that you can purchase, you won’t know what their effect is until you have it, so the element of surprise is a double-edged sword here. Still, it’s not hard to get coins in the game, so you should get a few different remedies relatively quickly.

I’ve only just started to play Remedy Rush, but I’m in love with the game so far. The visuals for remedies are charming and bursting with personality, and the soundtrack is absolutely delightful. Controls are intuitive and responsive, and the game difficulty progresses at a nice, gradual pace, though things can get pretty hysterical the longer you manage to survive, but the potential points you can get make it all worth it. I must admit that the controls do take a few moments to get used to, but it’s pretty comfortable once you get the hang of things. The wide variety of various unusual remedies and their effects keeps the game interesting, and you’ll definitely want to keep coming back to unlock them all.

I highly recommend checking out Remedy Rush if you are looking for an eccentric game that will easily make hours pass by. You can find Remedy Rush on the App Store as a universal download for your iPhone and iPad for free. There are in-app purchases to unlock playable remedies. 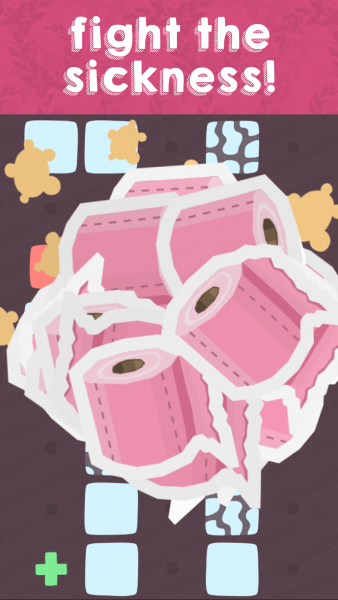 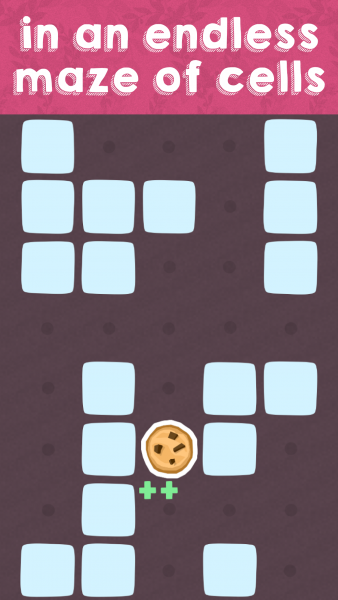 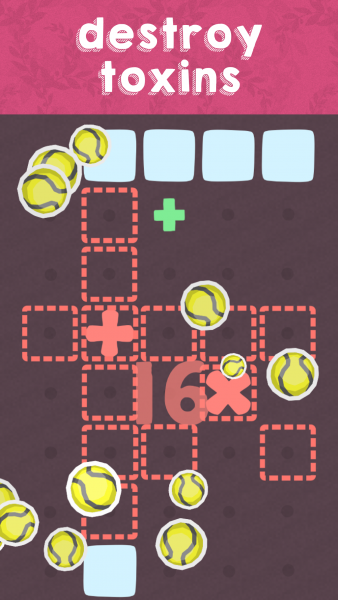 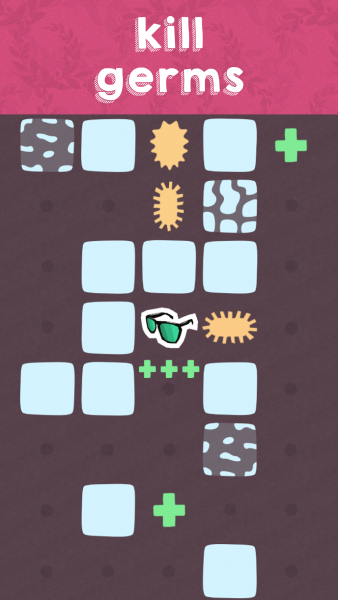 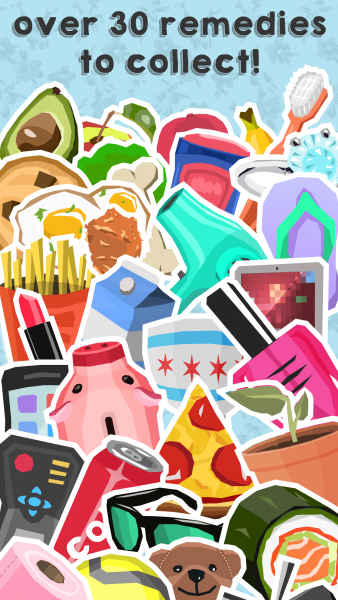 AppAdvice's Top 10 Paid iPhone Apps Of 2013
Nothing found :(
Try something else