You are using an outdated browser. Please upgrade your browser to improve your experience.
by Christine Chan
February 8, 2017 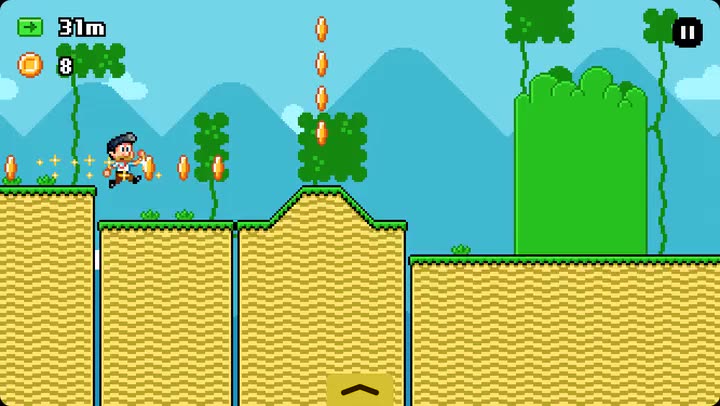 Stagehand: A Reverse Platformer ($1.99) by Big Bucket Software is a unique platformer that breaks the mold of what you think you know about platformer games. If you enjoyed games like Le Parker: Sous Chef Extraordinaire and The Incident, then you will love what Stagehand has to offer.

As someone who was born in the late ‘80s, I grew up with platformers, especially the popular ones back then like Super Mario Bros. and Sonic the Hedgehog. I definitely was not as good at those games compared to others out there, but I loved them all the same. There was just something about skillful running and jumping, collecting coins, reaching the end goal, and seeing how far I could get with the starting three lives that I couldn’t get tired of. Almost 30 years later, I still love platformer games, but let’s face it — they’re pretty much all the same, just with a different skin. So when I first heard of Stagehand last year, I was fascinated because first, it was from the same guys behind The Incident and Space Age, and second, a platformer where you don’t control the character but the stage? Color me intrigued! I’ve had the beta of the game for the past few months, but now it’s finally available to the public, and I must say, you won’t be disappointed. 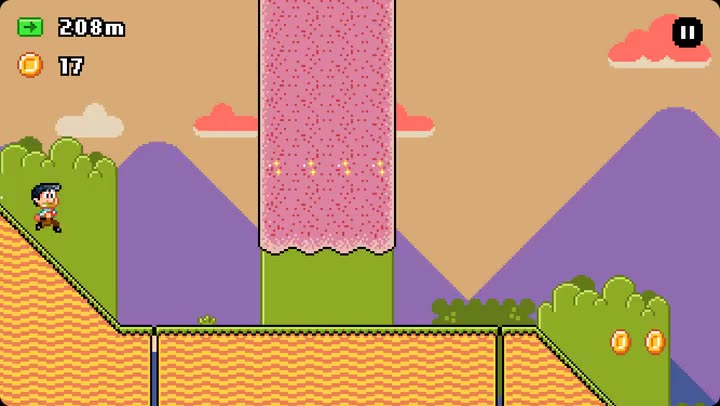 If you grew up with Super Mario Bros. games, then you will feel right at home with Stagehand. This is because the game sports a completely retro 16-bit aesthetic that is bright and colorful, just like the games from my childhood. Despite the pixel art style, the environments are still incredibly detailed and textured, and Frank’s sprite (the same guy from The Incident) is rather elaborate, right down to his facial expressions in reaction to whatever happens on the stage. The game also features a nice dynamic day and night light cycle in the background that clearly tells you that time has passed since Frank began his journey. Animations in Stagehand are buttery smooth and fluid, with no lag on my iPhone 7. The game also has a fun and quirky chiptune soundtrack and vintage sound effects that are certain to bring a smile to your face. Once again, I believe Big Bucket Software knocked it out of the park with Stagehand’s visuals and audio, but that’s to be expected.

Unlike traditional platformers, Stagehand does not have set levels. Instead, it plays more like an infinite runner in the fact that players will always start on “Monday,” and then must see how far they’re able to take Frank. As the light cycle changes and goes into night and then the next day, Frank will find himself in new areas. However, if you run into a wall or obstacle, fall, get hit by spikes, or whatever may (and could) happen to Frank, then you’ll have to start over from the very beginning. However, don’t be fooled — Stagehand is procedurally generated, so while you always begin on Monday, it won’t ever be the same experience because the placement of platforms and obstacles won’t be in the same spot as before. While this is not for everyone, I personally love randomly generated levels because it keeps things interesting and fresh each time you play. The speed of the game also makes things a bit frantic, so you have to work on your hand-eye coordination if you want Frank to get anywhere.

The controls in Stagehand are simple and intuitive, but it does take a bit of time and practice to get used to since it’s not a traditional platformer. In Stagehand, Frank will move forward automatically and like any other platformer, the game is side-scrolling so that happens without any extra input from you. However, since you control the stage, it’s easy to do — just place your finger on the various platforms and pillars and drag them up or down to move them. Some items, such as conveyor belts and spikes, can’t be moved, so watch out for those. Frank will hop automatically if the platforms aren’t too high, but you can also move the platforms to give him extra momentum as well, which is great for making longer jumps and reaching coins. Again, the controls are responsive and work well, but time and practice are required if you want to do well at all. And if you have an iPhone 7 or 7 Plus, there is haptic feedback, which is a plus. 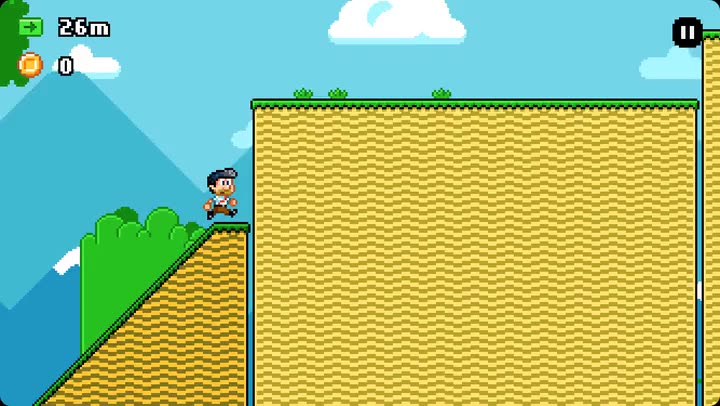 Since Frank can end up dying in some pretty hilarious ways, Big Bucket Software made it easy to share your killer achievements at the end of each run. If you think something is share-worthy, the game generates an animated GIF of his final moments and you can share it however you want through the native iOS Share Sheet.

I haven’t gotten too far in Stagehand yet because my hand-eye coordination is not that great, but again, practice makes perfect. Still, I love the amazing pixel art that Big Bucket Software crafted for this game, and the sounds are downright delightful. As a big fan of platformers, I truly love and appreciate that the developers managed to create something that is completely unique and has never been done before, because let’s face it — originality is getting hard to find these days. Stagehand is a nice treat and a great distraction these days, so this is a game that will be staying on my device for a while.

I highly recommend giving Stagehand a try if you like fresh platformers with a modernized twist. You can find Stagehand on the App Store as a universal download for your iPhone and iPad for just $1.99. There are no in-app purchases, but as a bonus, there are iMessage stickers included with every copy. 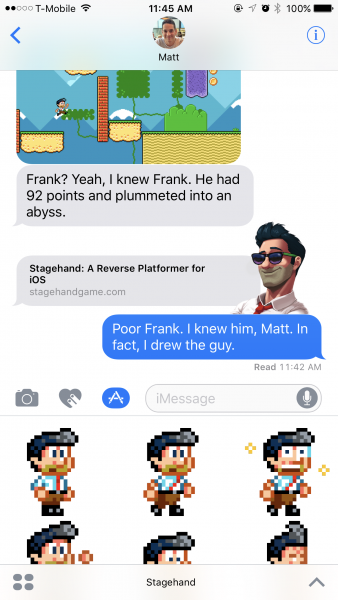 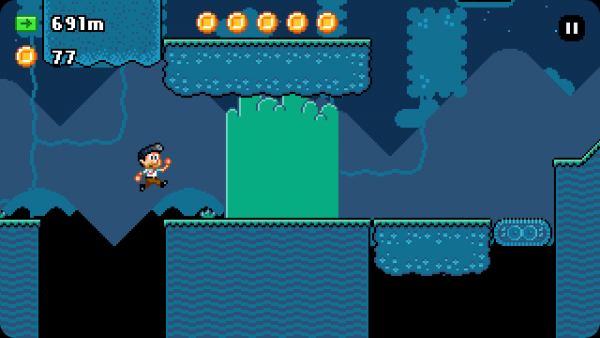 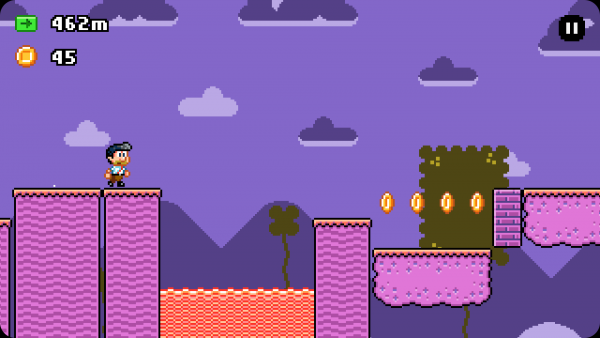 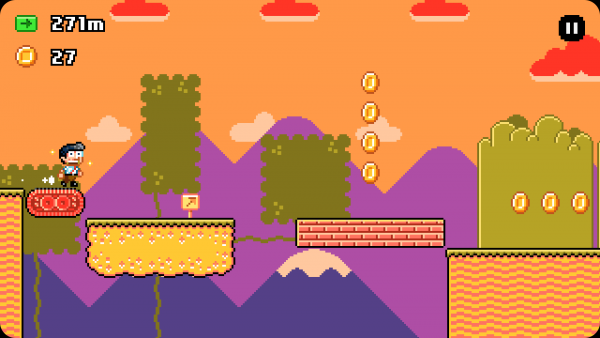 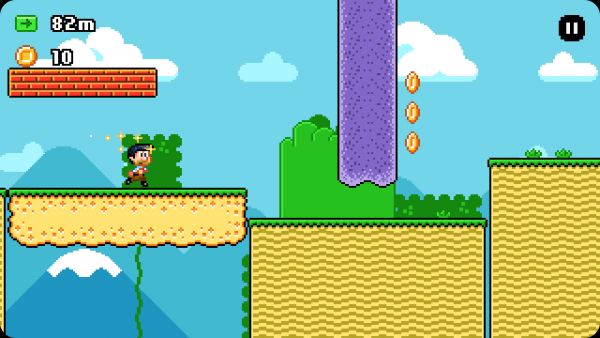