You are using an outdated browser. Please upgrade your browser to improve your experience.
by Christine Chan
May 11, 2015 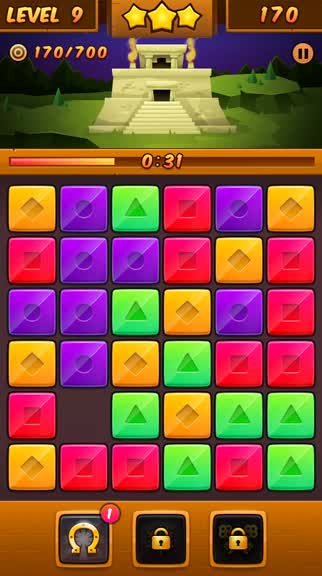 Temple Rush - Slide and Match Puzzle with Multiplayer Battles (Free) by Robert Paul Neagu is a challenging match-four game where you must slide pieces around instead of swapping or flipping them. If you enjoy the matching puzzle game genre but want to try something new, then Temple Rush fits the bill. It is similar to other fresh takes on the genre like DigRun and Wedding Escape.

When it comes to iOS games, one of my favorite genres is the classic match-three puzzle game, and I know I’m not the only one out there. There’s just something about these games — most of them look great, have awesome looking effects when you get combos, and are stimulating since a bit of strategy is needed. That’s why I return to these games time and time again, but I have noticed that a lot of titles in the category are just the same thing with a different skin. That’s why DigRun and Wedding Escape were so intriguing — they took the classic genre and added a new twist that makes the game even more challenging. And now we have Temple Rush, which brings in the sliding mechanic, similar to what you have in those sliding picture puzzles. 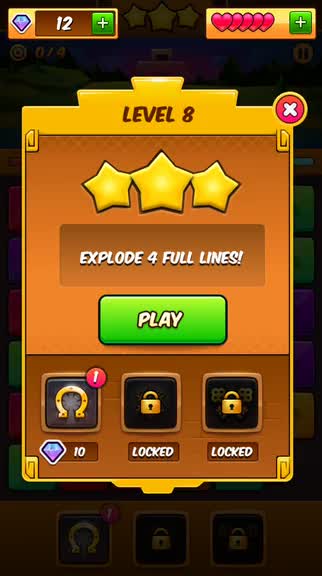 The visuals in Temple Rush are gorgeous, featuring a cartoonish style that will make you think of Temple Run, except with a lot more color. The islands that you’ll be “exploring” have their own distinctive appearances on the level selection screen, and they’ll look vibrant and lush in the upper portion of the screen as you play. The game grid is filled with bright and dazzling tiles that serve as fantastic eye candy, and it’s easy to see when you have special tiles available. Animations in the game are incredibly smooth and fluid, so I experienced no lag on my iPhone 6. The soothing music is soft and easy to listen to as you play, which can also help you focus, and the sound effects are realistic and a nice touch. Overall, Temple Rush is an impressive feat in terms of visuals and audio.

Temple Rush features two modes: single player campaign with eight different islands to discover or real-time multiplayer battles through Game Center. Currently, there are about 64 stages to go through in the game, and each of these are custom-built to test the player’s skill. The developers have noted that more levels will be coming soon, in case you manage to get through them all quickly enough. Once you complete all levels on an island, you will find a long-lost artifact that will be added to your collection.

The controls in the game are simple and easy to learn, but difficult to master. Each grid will contain an assortment of colored tiles, but there will always be one empty space. This allows players to slide the tiles around, which can be done by tapping on the one you want to slide (multiple squares can be moved at once). If you’ve ever played those sliding picture puzzles before, then you will understand how Temple Rush’s mechanics work. Matches are made in squares, vertical and horizontal lines, and even diagonals. Once you learn the basics and play enough, then you’ll start to recognize possible matches faster and easier, but it does take some time.

To keep things interesting, each level has different objectives that you must meet in order to clear it and move on to the next stage, and these can prove to be difficult at times, considering that there is also a time limit. They range from things like “Score 200 points,” “Score 600 points,” or even “Explode three full lines.” As you get further along in the game, the goals will become harder to obtain, but practice makes perfect in a game like this. 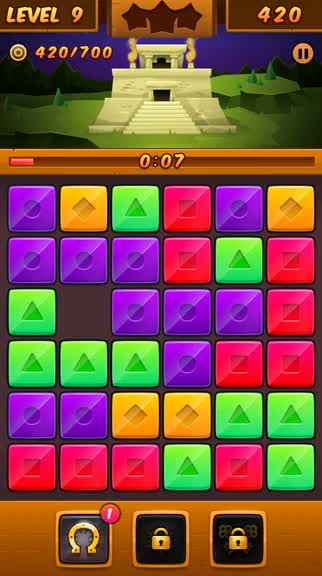 There are also power-up boosters that you can use to help you, but they have to be unlocked after a certain point. The boosters include your typical fare, like bombs and time freezes, and more can be purchased with the gems you earn from completing stages. Up to three stars can be earned on each level as well, depending on your performance upon completion.

In addition to the real-time multiplayer through Game Center, there are also leaderboards and achievements to obtain. There are leaderboards for Levels, Points, and Battles Won, as well as eight achievements, so there’s plenty of replay value to be found here.

Temple Rush is also a freemium game, so you can expect an energy system in place here. Fortunately, you don’t lose a heart after each game, but if you fail, quit, or restart a level, you will lose one. Everyone is given five hearts, and they refill over time, though the charge time is a bit slower than I’d like. If you are impatient, you can refill all of your hearts through a $0.99 in-app purchase, or use gems to refill it. Additionally, if you are running low on gems (used for boosters and hearts), you can buy more of those as well, starting at $0.99 for 50 gems and going up to $4.99 for 2500.

Despite the freemium aspect, I’m enjoying Temple Rush so far. The graphics are beautiful, the music is relaxing, and the gameplay itself is unique and challenging. I haven’t been able to test the multiplayer aspect of it though, since I haven’t found an opponent through Game Center yet (both players have to be online and searching). I would have preferred to see a game like this be a premium game without an energy system and timers, but at least the IAPs seem reasonable compared to other games.

I highly recommend checking out Temple Rush if you haven’t already. It’s definitely a must-have for anyone who enjoys a good matching puzzle game. You can find Temple Rush on the iPhone App Store for free with in-app purchases. 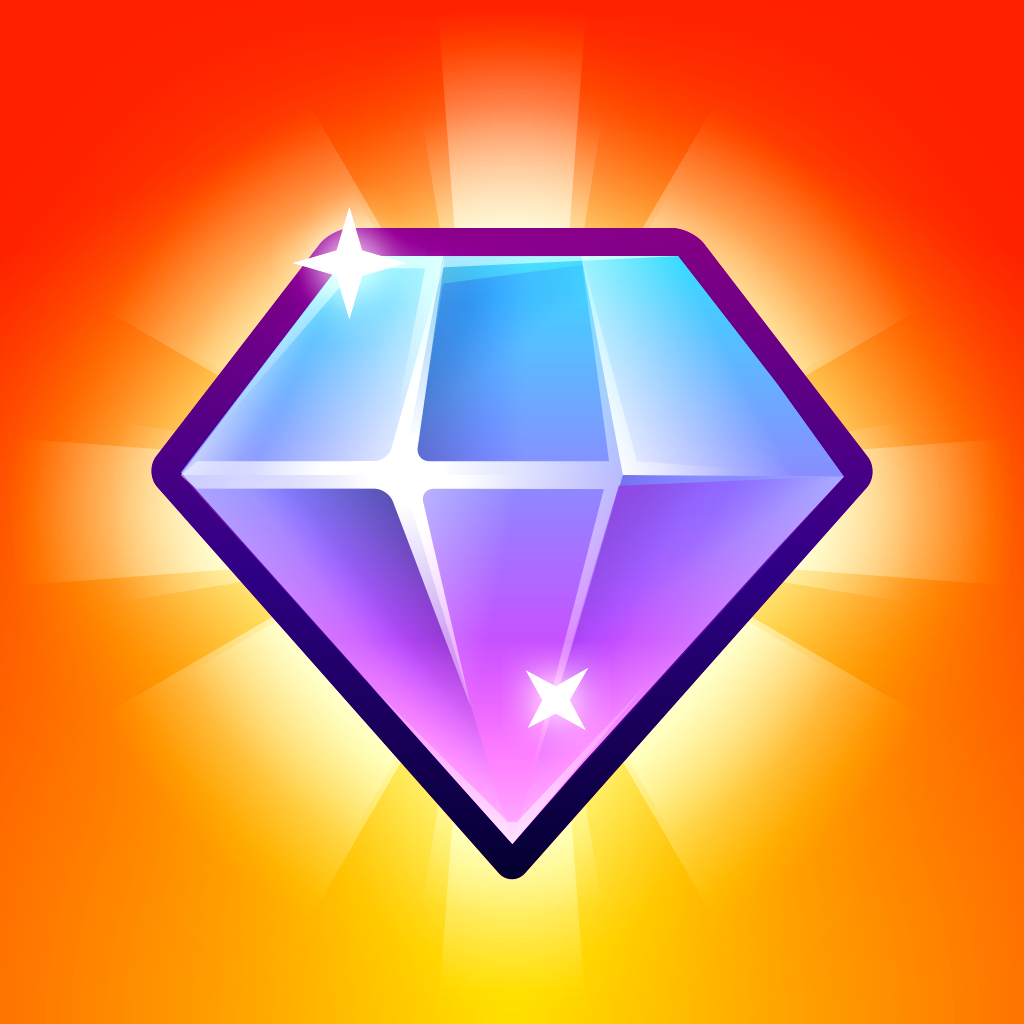 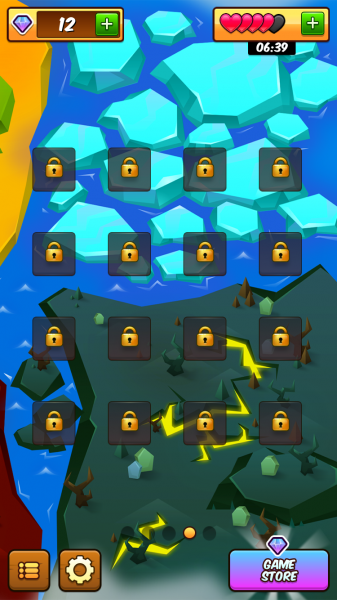 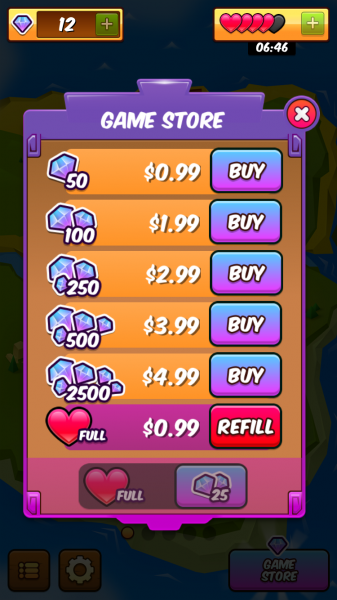 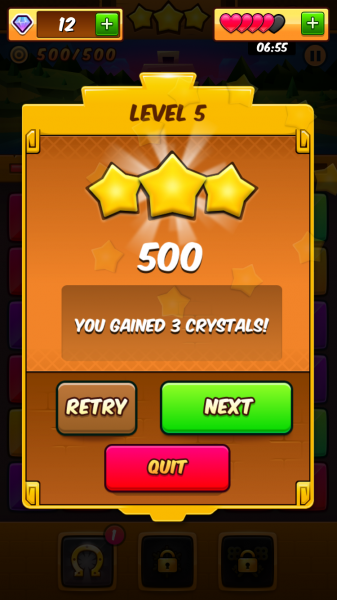 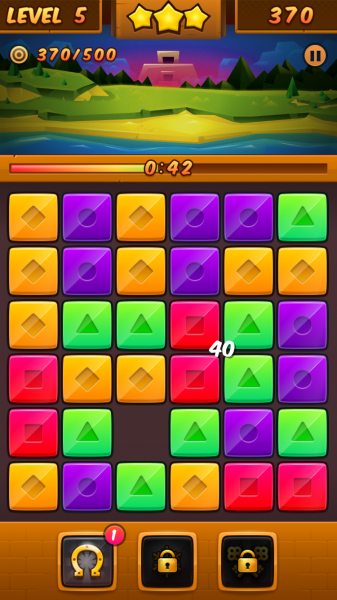 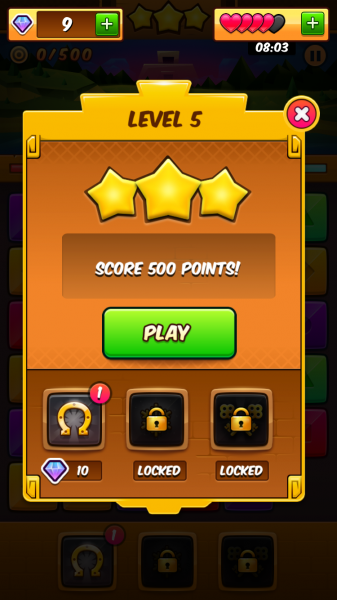 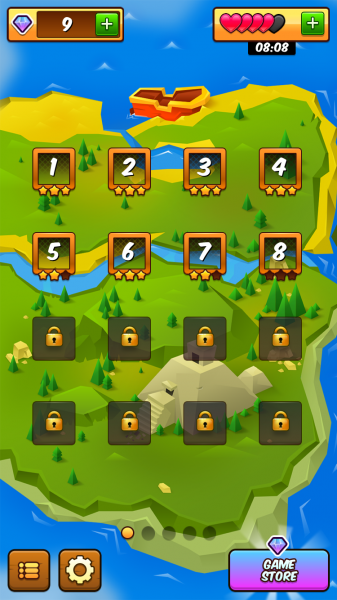 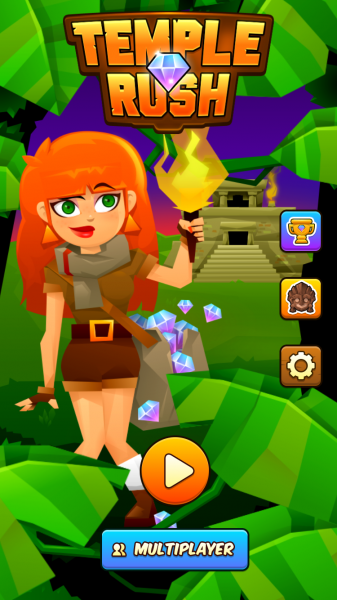 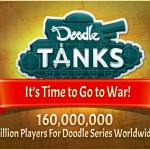