You are using an outdated browser. Please upgrade your browser to improve your experience.
by Christine Chan
September 3, 2015 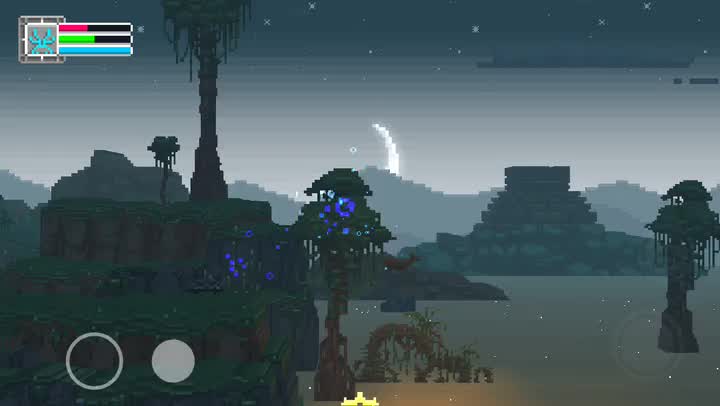 The Deer God ($6.99) by Crescent Moon Games is an endless platforming adventure with a dash of RPG where you get to discover how difficult it is to live life as a deer. I mean, have you ever wondered what the life is like when you are the prey of the hunter? Now you can, thanks to The Deer God. If you’re a fan of other Crescent Moon offerings, then you’ll enjoy this latest release.

Even though I don’t have pets right now, I still love animals and am not a big fan of hunting. Naturally, there will always be hunters out there who go out for shooting some deer, but has anyone ever thought about how the animals feel? I mean, it isn’t fun to be living life as you always do and then you’re trying to run or fight for your own survival. Honestly, I never thought about it before, but The Deer God has opened up my eyes while providing some rather challenging gameplay. 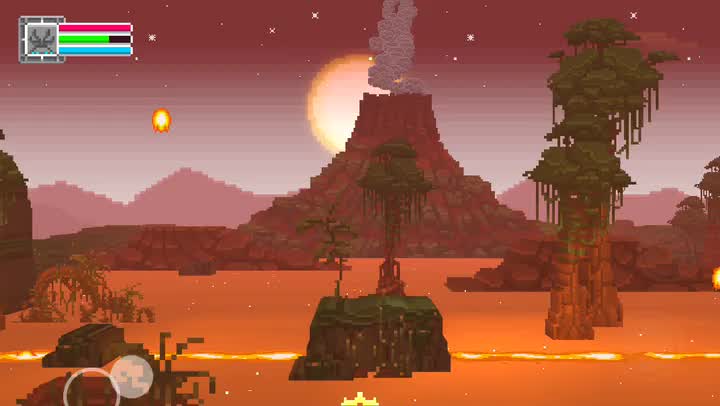 The Deer God features a beautiful voxel style aesthetic that is like a combination of Sword & Sworcery and Minecraft. The different environments that you’ll be traversing through are rich and lush with color and detail, complete with a dynamic day and night cycle. Lighting in the different areas is well done, giving it a “real” feeling. Animations are smooth and fluid, and the atmospheric music is a joy to listen to.

My only issue is that during the transition to night, it can be rather difficult to see your deer character (even with the small bit of light emitted from you) since the colors can blend in too well together, but I suppose that just adds to the realism of being out in the wild. The camera can also get frustrating at times, because it seems to change from being up close to my deer most of the time so I can’t see well when there’s a large, deep pit in front of me with spikes at the bottom, and other times it feels like it is too far away while I’m on flat land, making it hard to see where I am. Hopefully the camera becomes better optimized in future updates.

The premise of The Deer God is simple: you start out as a hunter who is with his buddy, hunting for deer. It is getting late, and the friend realizes that it is probably pointless to keep trying, so he goes to bed, but you stay out, not giving up just yet. Then, you see a small fawn and think it’s the perfect moment for a kill, but what your hunter failed to notice was two wolves who snuck up behind you and took the opportunity to make you their midnight snack. In the afterlife, you meet the “deer god” who wants you to understand what it feels like to be the prey, and reincarnates you into a fawn. You start a new life, but soon realize that this life sucks, until you become strong.

There are three save slots available in The Deer God, so you can try different things or let others play on your device. The objective is to survive in the wild, reaching far distances and facing off against other animals that could be friend or foe. Your deer has three status bars in the top left corner: red is health, green is hunger, and blue is stamina.

To move, just use the non-sticky virtual joystick in the bottom left corner. On the bottom right is the button to jump (you learn double jump from the start). To attack, you swipe left or right in the middle of the screen. I found this default setting for attacking to be annoying, so I was glad to see an attack button option available. The button requires you to move in the direction you want to attack in, though. Attacks consume some stamina, but it refills fairly quickly, so you shouldn’t be waiting too long until you can attack again. When you see food available, such as berries or apples, you can tap the center of the screen to eat (or jump next to apples in trees). If you go too long without eating, you slowly lose health. Otherwise, if you have some food, you can regain health over time. 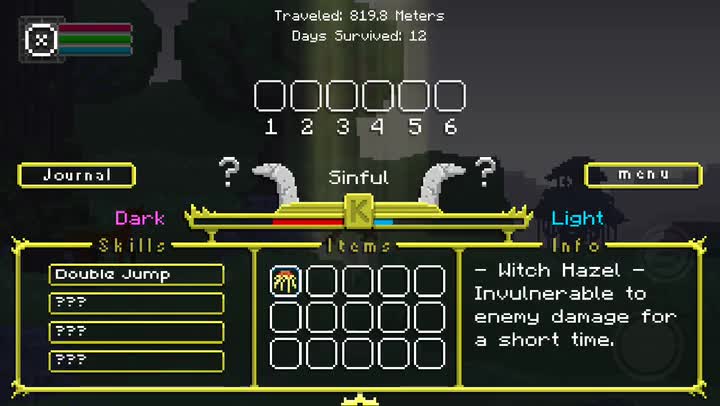 There’s also a karma system in place, giving the game even more depth than what appears on the surface. When you attack other animals (or dangerous humans), you will see either a health bar or a heart. If you defeat a creature with a bar, you get Light karma, whereas attacking and killing animals with a heart instead nets you Dark karma. I like this system a lot, as it reminds me a bit of the inFAMOUS series. Depending on the path you go down, your deer can earn special abilities and powers later on, but be warned — it’s difficult to get to that point (I’m still struggling in the early stages).

An interesting thing about The Deer God is the fact that when you die, you are punished — literally. In fact, you’ll see the Deer God each time you die, and she will punish you by having you reincarnated as a different animal, who is unable to jump (but you can still attack). Once you die in the punishment stage, you come back as a fawn and start again from the last checkpoint.

I keep mentioning fawn because that’s what you start each journey as. However, as you get farther and survive more days, you grow up into an adult deer and have some awesome powers to take down tougher foes and even bosses,

With this unique system in place, The Deer God has plenty of replay value already. Still, there is full Game Center integration for leaderboards (distance) and even 30 achievements to obtain, so this is a game that will keep you busy for a long time.

I’m still early on in the game, but so far I’m finding it to be incredibly enjoyable thanks to the fantastic concept, distinctive gameplay elements, and challenging world. Plus, the game looks gorgeous with the 3-D pixelated style and the music is like candy to your ears. I just hope to see better camera control in the future, and maybe some improvement to the colors at night so it’s easier to tell where you are.

I highly recommend checking out The Deer God if you like a challenging mix of infinite runner, survival, adventure, platforming, and RPG in a single game. The Deer God is available on the App Store as a universal download for $6.99, which is 30 percent off for a limited time. 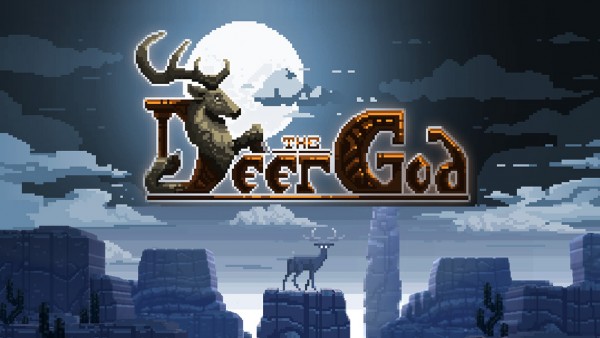 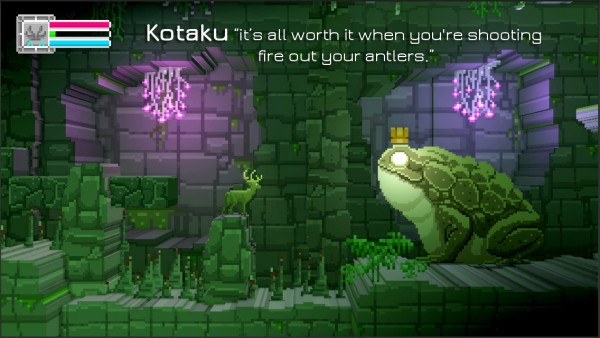 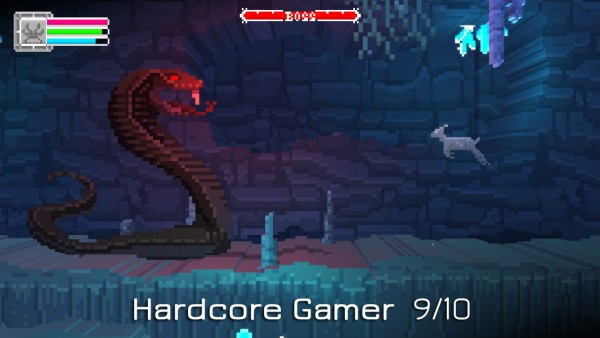 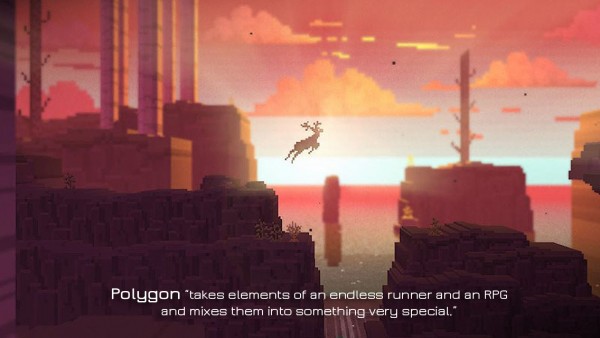 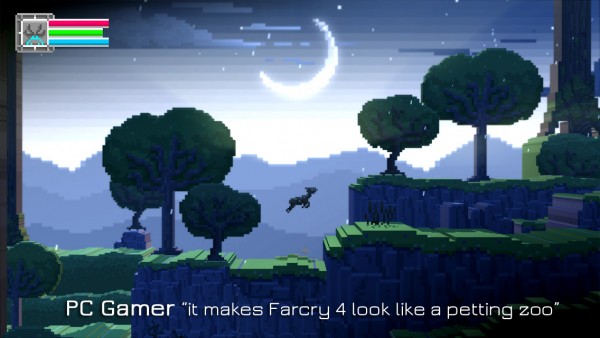