You are using an outdated browser. Please upgrade your browser to improve your experience.
by Christine Chan
May 26, 2016 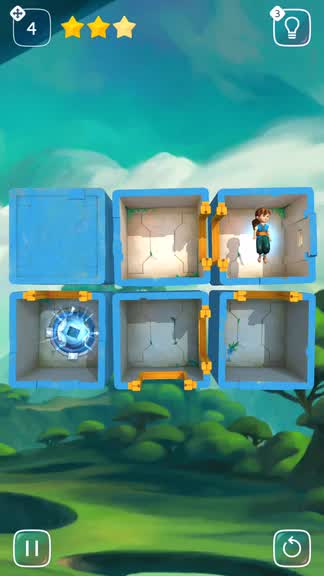 Warp Shift ($2.99) by FISHLABS is a gorgeous puzzle game that forces you to think outside the box, at least just a little bit. If you’re a fan of puzzles, then this one is definitely a must-have in your game collection. Warp Shift is somewhat of a surprise, considering that FISHLABS is a studio known for the Galaxy On Fire series, which is a space shooter, and definitely not related to puzzles.

FISHLABS is no stranger to iOS gaming, as they’ve given us amazing hits like the original Galaxy On Fire, Galaxy On Fire 2, and Galaxy On Fire – Alliances. While these are great games, I didn’t get too into them personally since I’m not the best at these action-packed space shooters (I have terrible aim). So when the news that FISHLABS was coming out with a puzzle game, I was instantly intrigued, as puzzles are more my forte. After spending some time with Warp Shift this morning, I have to admit that I’m pretty impressed with a puzzle game from a studio that normally does action games (like the reverse of Bushido Bear). 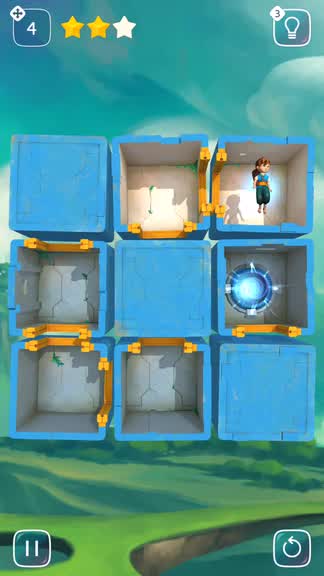 Visually, Warp Shift is absolutely gorgeous. The entire game is rendered in 3-D with beautiful landscapes and environments in the background that appear to be hand-painted. The character model of Pi, the little girl that you’re guiding through a boxy labyrinth, is incredibly well done, as it feels like she is truly alive on your screen thanks to the fluid movements. The colors are bright and vivid so it’s nice eye candy on your screen, and all animations are buttery smooth, even when navigating through the level selection screen. To top things off, the soundtrack to the game is calming, and the sound effects of nature or your robotic friend are fun and cheery.

Like most puzzle games, Warp Shift features five different worlds that contain 15 levels each. You’ll have to get through each stage in order to move on to the next, but there isn’t too much of a need to rush through the game. It’s designed to be a title to help you unwind and relax after a long day, though if you like to challenge yourself, there are three stars that can be earned on each puzzle. You’ll need the stars to unlock the other worlds though, so keep that in mind even if you aren’t a perfectionist.

The nice thing about the stars, though, is the fact that the game tells you how many moves you can make until you lose that star (as shown in the upper left corner). This is good because it also indicates that a puzzle can be solved in just that many moves if you try hard enough, though getting one or two stars is not that bad either. For those who like to be perfectionists, though, this helps give them a clear cut answer on how to solve a puzzle.

The gameplay in Warp Shift is simple, but gets tricky as you progress through the game. Each stage consists of an arrangement of boxes, some with openings for Pi to traverse through. Your objective is to get her to the portal so she can get back home from these maze-like ancient chambers that have trapped her. In order to do this, you have to arrange the boxes so that there is a clear path for Pi to reach the portal. Arranging them is done by swiping the rows and columns — the box at the end just goes to the other side when moved. Each swipe counts as a move, and if you want three stars, you’ll need to solve the puzzle in as few swipes as possible. 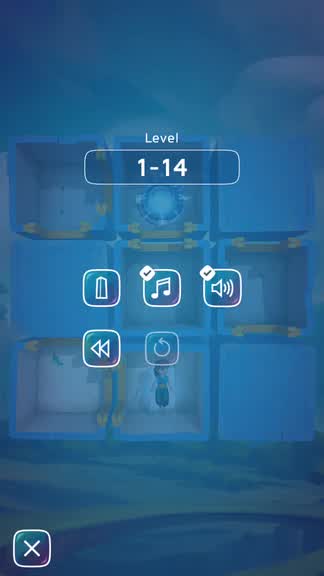 While the game looks easy enough at first, there are many new obstacles that await you as you explore new worlds. You’ll eventually have to deal with multiple portals, laser-guarded doors, and more. The puzzles can get rather tricky but it is always a fun challenge, and it helps keep your mind occupied since sometimes you’ll have to think outside the box to complete a level.

Even though I’m still fairly early on in Warp Shift, I’m finding the game to be enjoyable and well worth the money. The visuals are stunning (though it’s not surprising since it’s FISHLABS), the music and sounds are super soothing, controls are simple and intuitive, and the gameplay is challenging. The only thing I didn’t care for are the hints, since you only start out with a few and have to purchase more through in-app purchases despite this being a $3 game already. Of course, the hints are optional and only a last resort if you’re stuck, and naturally, every puzzle can be solved through some trial-and-error.

I highly recommend checking out Warp Fish if you’re looking for a zen-like puzzle game to check out over the long weekend. Or if you’re just a fan of FISHLABS and want all of their games in your collection, this is a refreshing change of pace from their normal fare.

Warp Shift can be found on the App Store as a universal download for $2.99. There are in-app purchases for more hints if needed. 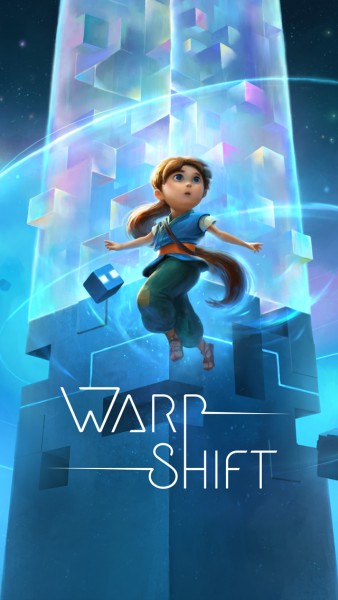 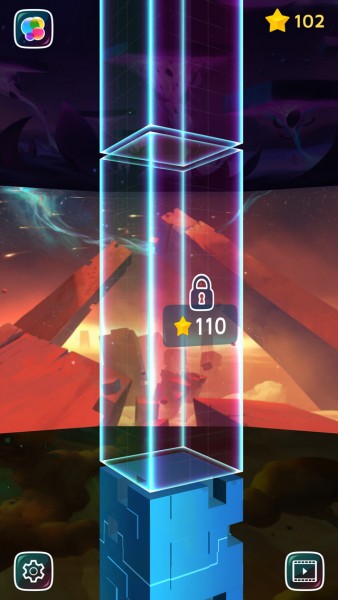 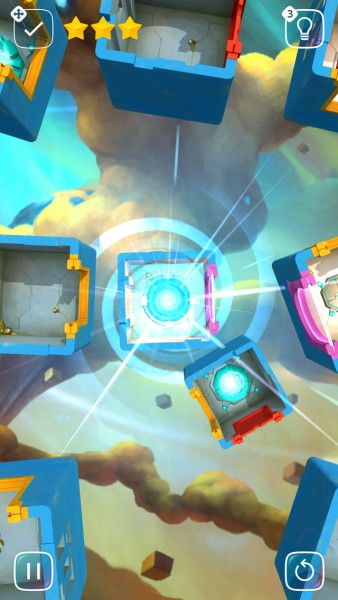 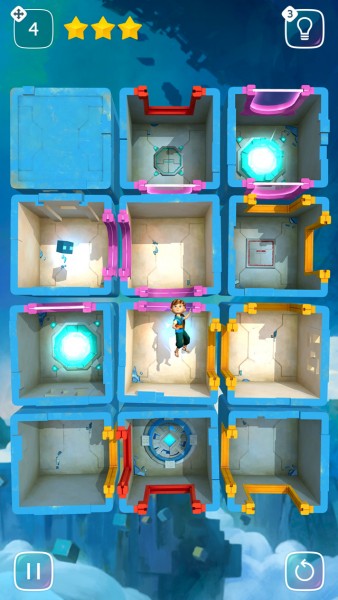 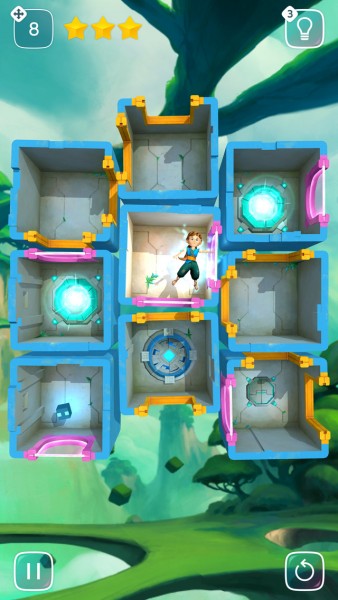