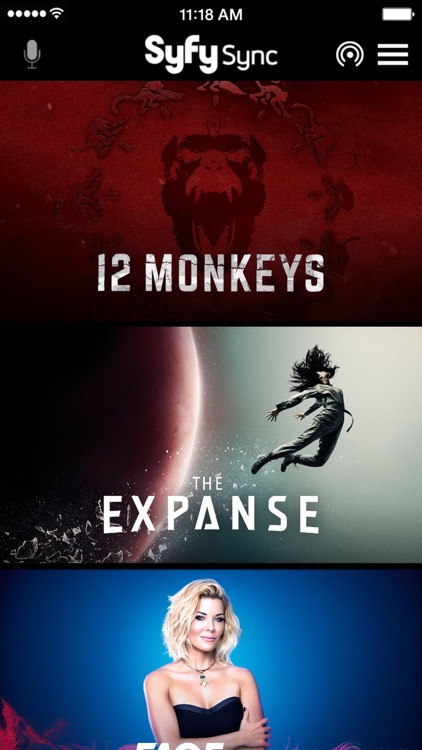 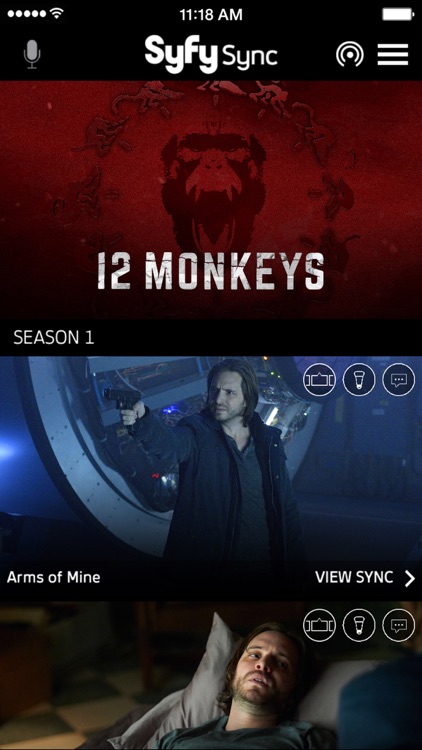 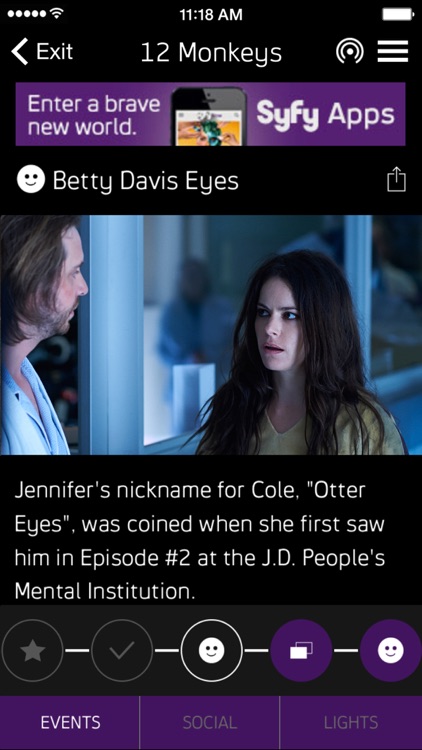 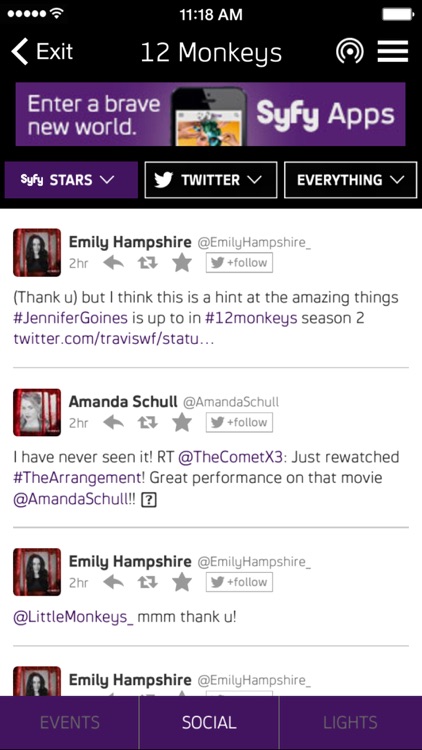 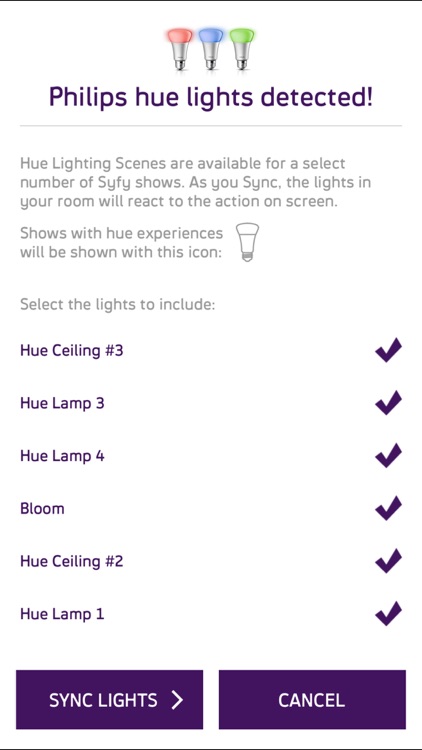 Syfy Sync is currently available for a number of Syfy shows, including The Expanse, 12 Monkeys, Face Off, Defiance, Sharknado, Sharknado 2 and Sharkando 3.

The best part? You can use Syfy Sync anytime; it works with live and repeat viewings, DVR marathons, or episodes watched online or On Demand.

There's more! You can use Syfy Sync to link your Twitter and Facebook accounts to connect with other fans. You can even interact with the show's stars during the live broadcast.

*Plus: Syfy & Philips Hue Bring You A Whole New Sync!

For those with Philips Hue personal wireless lighting, this version of Syfy Sync delivers a completely unique experience. Utilizing hue lights, Sync can control the environment of your room to match the action on screen, giving you a whole new level of interactivity. Use it now with Sharknado 1, 2 and 3! Also, the entire first seasons of 12 Monkeys and The Expanse. You can watch the entire season with unique light tracks for each episode!

Be sure to use Syfy Sync with 12 Monkeys Season 2, premiering April 18 at 9/8c on Syfy for additional Philips Hue light tracks and content!

Note: Full episodes are not available in this app. 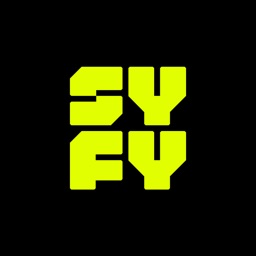 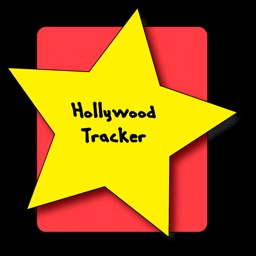 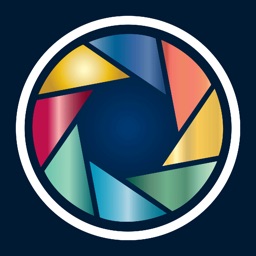 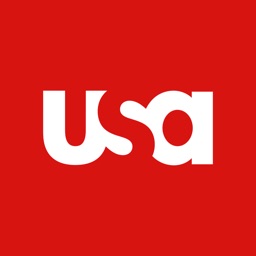 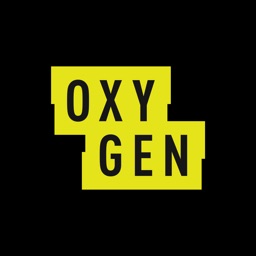 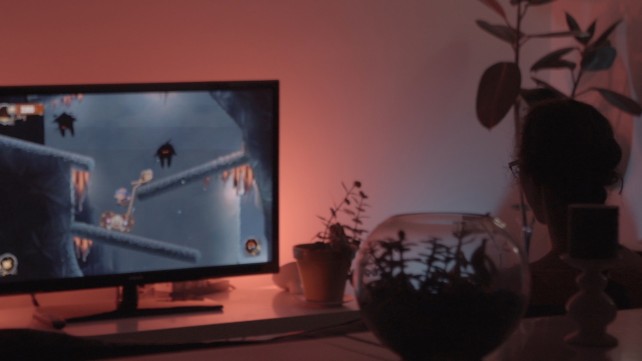 Philips Hue lights can now sync with an Xbox One game

The app-controllable system will also sync with the upcoming TV movie “Sharknado 3: Oh Hell No!” 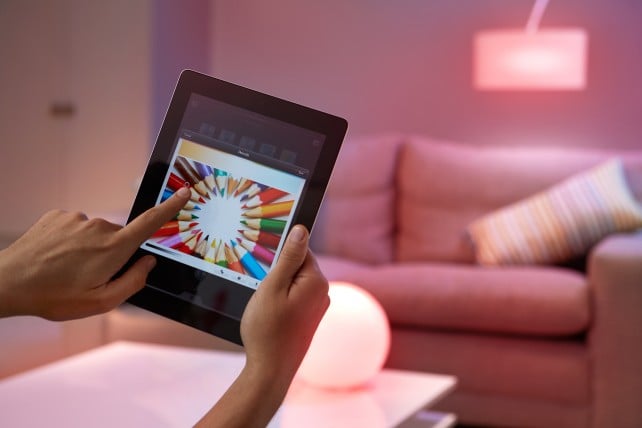 HomeKit support for Philips Hue lights will be here soon

The addition of HomeKit support will make Philips Hue lights even easier to use.

June 8 Jeff Byrnes
Nothing found :(
Try something else