You are using an outdated browser. Please upgrade your browser to improve your experience.
by Casey Tschida
January 17, 2011
Once the first product rumor makes the rounds, many people become astir about when and what the next revision of said product will amaze fans with. Because the technology industry has such rapid progress, forthcoming product information is extremely valuable, as customers desperately pursue any means of not being caught investing in outdated feature gadgets. The value of possessing these details first is astonishing, but also results in both useful and bogus data. There are people directly involved with a project willing to risk their careers providing anonymous details, and those just hoping to sell passable hearsay for a quick buck or great recognition. The point is, these could be accurate or completely off-base, but here is the buzz anyway. Physical Design Last month, iLounge reported on a Chinese manufacturing company claiming to have available a protective case designed for the 2nd generation iPad. These cases revealed what appeared to be a cutout for a rear external camera, but also showed a larger access opening for something in the current speaker location. A more obvious notation was that this upcoming model would have a similar tapered edge backplate as the newer iPod touch designs, allowing it to be thinner and lighter. External Features Back in September, Bloomberg briefly noted that analysts at Goldman Sachs Group Inc. reported that "the new iPad with a 9.7 inch display may be thinner and lighter, with a built-in camera and mini USB port." Apple Insider noticed that the description for one of the cases, those claimed to be designed for the 2G iPad, specifically mentions that the rectangular cutout is for an SD card slot access. Internal Features Most of the rumors about the upgraded internals have only spurred recently. Engadget has a lengthy piece on Apple transitioning from Infineon to Qualcomm wireless communication chipsets to accommodate both CDMA and GSM needs, and moving up from Apple's current 1GHz single-core A4 microprocessor to a new multi-core A5. Apple's A4 is based from ARM's Cortex-A8, whereas the rumored Apple A5 will be built around the "2GHz typical operation" and "scalable up to four coherent cores" ARM Cortex-A9. Speaking of performance enhancements, Mac Rumors found a new driver bundle in the iOS 4.3 Beta 1 release, hinting that Apple could be soon upgrading the iDevice GPU from the POWERVR SGX535 to the OpenCL-capable POWERVR SGX543. 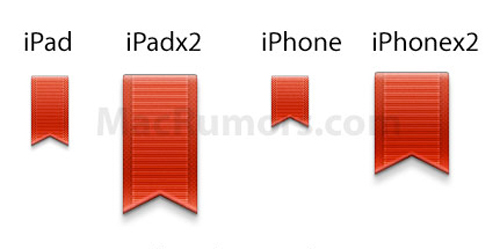 Display Back in November, DigiTimes cited a Chinese source who says the next iPad will have a gyro, USB port, FaceTime camera, Retina display, and the smaller physical dimensions. Even though some have been arguing about what a Retina display technically is defined as, Mac Rumors directed us to a tweet by @stroughtonsmith (via @Xuzz) and a post by Rafeed.me who've uncovered double-sized ("x2") iPad resource images in the iBooks app. 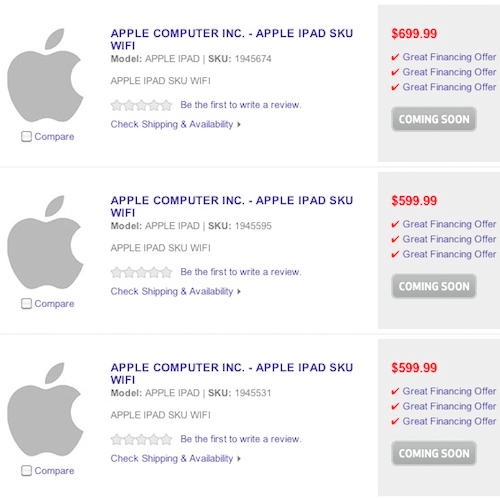 Price And Availability Earlier this month, Kevin Rose tossed out a blog post relaying information from his sources about 2G iPad features, including a release around February 1st. This goes against a recent post by MacNotes.net about a possible one year anniversary release for the iPad, which Engadget seems to agree with. While not being noted as the most accurate source, Best Buy briefly had some iPad titled products with unidentified stock keeping unit numbers on their website. Mac Rumors, brought to attention by a discussion thread in their own forum, and Engadget, informed via anonymous tipsters, posted stories with a screenshot of the alleged "Coming Soon" items. The three "Apple Computer Inc. - Apple iPad SKU WiFi" Best Buy entries were priced at $599.99, $599.99, and $699.99. If these are a representation of the three 2G iPad models to hit the U.S. in a little under two months, than it would leave for speculation about what the difference will be for the two lower-end offerings. Although, they certainly could just be placeholders in Best Buy's system, based off rumors. I'd guess that the speculation is far from over, but one thing is for certain, most of us are strongly looking forward to the moment that Steve proclaims, "Introducing the revolutionary new iPad," again. 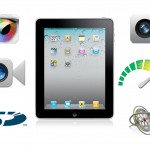 The Second Generation iPad Rumor Roundup
Nothing found :(
Try something else