You are using an outdated browser. Please upgrade your browser to improve your experience.
by Joe White
May 5, 2011
A range of Hearst magazines will soon be available to purchase via Apple's recently introduced in app subscription policy, according to The Wall Street Journal. Apparently, the two companies - Hearst and Apple - have struck a deal, meaning three popular Hearst magazines will be available to subscribe to from July. The magazines are: Esquire, Popular Mechanics and O, The Oprah Magazine. And, while support for in app subscriptions is great news, what's even more exciting is the price of Hearst's magazines. The iPad editions will cost a very reasonable $1.99 per issue (paid monthly), or $19.99 for an annual subscription. Interestingly, as of this moment, Hearst is the only major publisher who has committed to selling multiple titles through in app subscriptions. According to a Hearst spokesperson, the two companies "came to a fair and equitable deal." Of course, this is great news for Apple - the Cupertino, CA company gets 30 percent of all purchases made in the iTunes Store, App Store or "in app." Apple's soon-to-be-enforced in app subscription policy caused quite a bit of upset when it was announced. Publishers who adhere to the policy must offer an "in app" means of subscribing to the newspaper or magazine. However, the publisher can offer an alternate means of subscribing, too. Currently, all three magazines are available to purchase, download and read on the iPad. However, they do not yet support in app subscriptions. The change should affect the July issues of all three publications. If you have an opinion on in app subscriptions, feel free to post it in the comments. [via TUAW] 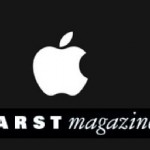 Hearst & Apple Come To An Agreement On In App Subscriptions

Hearst & Apple Come To An Agreement On In App Subscriptions
Nothing found :(
Try something else