You are using an outdated browser. Please upgrade your browser to improve your experience.
by Joe White
May 10, 2011
According to a variety of reports, Skype - the popular VoIP service - has very recently been acquired by Microsoft for $8.5 billion, in a deal that will be announced tomorrow morning. This was confirmed yesterday by Kara Swisher, of All Things Digital. As reported by All Things Digital:

Sources told BoomTown tonight that the deal for the online telephony giant is actually done and will be announced early tomorrow morning.

Microsoft's deal is interesting for a number of reasons, but also mildly disturbing for iOS fans. Currently, it is possible to make calls to iOS devices via a Skype app - and the app itself has been faithfully updated over the years, which is great. However, do you remember hearing about Steve Ballmer's iPhone stomping tantrum? If Microsoft owns Skype, I'm not sure we can expect the iOS app to get priority updates in the future - at least not the kind we've come to expect. And, with a series of Windows 7 tablets either in development or nearing release, I can't imagine we'll be seeing a Skype for iPad application hit the App Store anytime soon, either. And remember: As of this moment, Skype isn't even available on Windows Phone 7 smart phones. Besides its Windows 7 tablets, Microsoft will undoubtedly want to concentrate on bringing Skype to its smart phone OS, too. After all, this was confirmed just last month. Again, Skype for Mac might be partially abandoned, too. Could this push Apple to further develop FaceTime, expanding its features and even making the service available for more devices? We'll keep you posted on the status of the acquisition. As mentioned, it should be announced tomorrow morning. In the meantime, let us know your thoughts in the comments. UPDATE Moments after publishing this article, a press release hit the Microsoft News Center, confirming the deal:

REDMOND, Wash., and LUXEMBOURG – May 10, 2011 – Microsoft Corp. (Nasdaq: “MSFT”) and Skype Global S.à r.l today announced that they have entered into a definitive agreement under which Microsoft will acquire Skype, the leading Internet communications company, for $8.5 billion in cash from the investor group led by Silver Lake. The agreement has been approved by the boards of directors of both Microsoft and Skype.

Not only does the press release confirm the deal, but it also confirms the amount: $8.5 billion (as stated by All Things Digital). 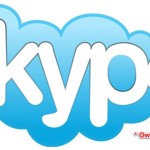 Microsoft Has Acquired Skype - But What Does This Mean For iOS? [Updated: Microsoft Confirms Deal]

Microsoft Has Acquired Skype - But What Does This Mean For iOS? [Updated: Microsoft Confirms Deal]
Nothing found :(
Try something else