You are using an outdated browser. Please upgrade your browser to improve your experience.
by Bryan M. Wolfe
May 5, 2011
The Telegraph joins a growing list of publishers agreeing to Apple’s subscription terms. Beginning today, iPad users can download the free Telegraph for iPad app and purchase a monthly subscription for $16.99, or pay $1.99 for a daily issue. Based in the U.K., The Telegraph is an all-in-one newspaper offering news for readers worldwide. Its Version 2.0 update includes “greater depth of content including video, picture galleries, graphics and cartoon archives,” according to its iTunes page. Most significantly, existing Telegraph print subscribers now have full access to the iPad app at no additional cost. These users simply have to enter a subscriber code. Directions for receiving this code are available within the app. The Telegraph for iPad edition is available seven days a week and includes news, business and sports coverage, comment pages, letters, obituaries, and features. New issues are released at 5 a.m. each day London time. The iPad edition pricing compares favorably to print editions. As noted by PaidContent, The Telegraph’s subscriptions come at $1.99 each or $16.99 per month; weekday printed issues of the newspaper are less at $1.64, but the monthly edition is $43.50. Apple introduced its subscription plan for iDevices earlier this year. Although many publishers have been slow to accept the terms (which includes giving Apple 30 percent of each sale), in recent days agreements have been hammered out at a quicker pace. Time Inc. and Hearst Magazines are two of the companies that recently agreed to Apple’s terms. The Telegraph for iPad app is available in the App Store. 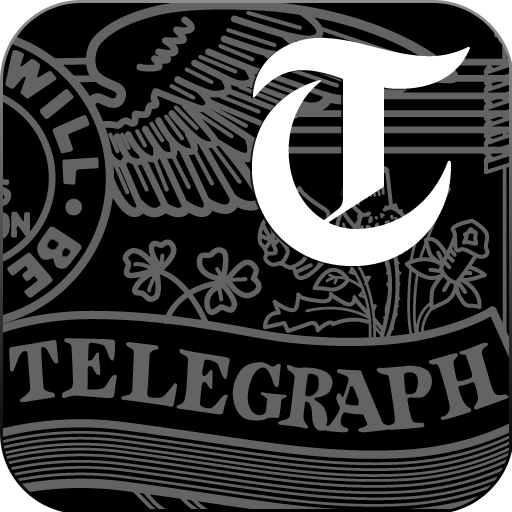 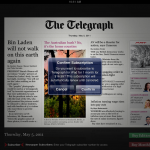 The Telegraph And Apple Come To Terms For iPad Subscriptions

The Telegraph And Apple Come To Terms For iPad Subscriptions
Nothing found :(
Try something else