You are using an outdated browser. Please upgrade your browser to improve your experience.
by Joe White
June 16, 2011
Apple has officially launched its “Back to School” promotion, which usually sees Mac-buying students receive a free iPod touch. However, this year the Cupertino, CA company has abandoned free iPods in favor of $100 iTunes Gift Cards. The news recently hit the Apple Online Store, and reached our eyes via MacRumors. According to Apple’s website, the offer will run from June 16 through to September 20, and is only valid providing students have purchased their “qualifying Mac” from the Apple Store for Education. Apple’s iTunes Gift Card, once linked with an Apple ID, can be used on any of the company’s digital stores - the iTunes Store, the App Store, the Mac App Store or even the iBookstore. Obviously, the idea behind the promotion is that new Mac owners, with this $100 Gift Card, can fill their computer to the brim with the latest and greatest Mac App Store applications. But, is this better than a free iPod touch? The answer to this question, is a resounding no. Even if you’re not bothered about owning one of Apple’s mobile music players, in previous years users could claim the free product and sell it online - on eBay, or some other website - for $150 or more. It was previously speculated that this move away from offering free iPods signified something greater than mere money-saving. In fact, some think this could be proof that Apple is indeed moving away from iPods, due to their near “perfected” design. With an iPhone announcement reportedly planned for September (at Apple’s annual music event), this could indeed be the case. We’ll keep you posted. In the meantime, let us know if you’ll be taking advantage of Apple’s “Back to School” promotion in the comments. For more information, head over to the Apple Online Store. 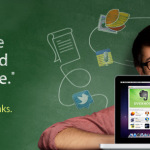 Apple's "Back To School" Promotion Officially Launches - Free $100 iTunes Gift Card
Nothing found :(
Try something else