You are using an outdated browser. Please upgrade your browser to improve your experience.
by Joe White
June 24, 2011
According to lead designer Greg Street, Blizzard Entertainment - the video game developer behind the popular World of Warcraft series - is interested in building games for Apple's iOS devices. Obviously, Apple's App Store is a market Blizzard hasn't yet tapped into. Back in 2010, iOS and Android accounted for 34 percent of the portable video game market - which is why any serious games developer is going to want to start rolling out apps for the iPhone, iPad and iPod touch. In an interview with Eurogamer, Greg Street (of Blizzard Entertainment), recently confirmed that the company may be currently considering such a move:

Everyone I know here has an iPhone or an iPad so we’re huge fans of the hardware. If we could make the right game changes to make that work, it’s something we’d be interested in. It’s not something you’re going to see in the next week or two, but it’s the kind of thing we’re always looking at.

With any luck, Blizzard will bring its popular World of Warcraft games to iOS devices. While I'm not a fan of the series myself, I can certainly understand the appeal of being able to play the games on-the-go, on Apple's mobile devices. Subscription fees could be offered in-app, and the experience could be great - providing Blizzard gets it right. Obviously, a key issue with the company's desktop games is that they require a mouse and keyboard. This means that Blizzard would have to touch-engineer titles like World of Warcraft in order to bring them to iOS devices, which could be quite an endeavour. As Greg Street notes: "It's not something you're going to see in the next week or two," so don't get all that excited. Instead remember that it's possibility, and let us know if you'd enjoy World of Warcraft for iOS in the comments. [via GamesBeat] 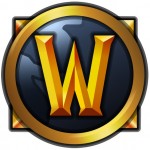 Could Blizzard Entertainment Bring World Of Warcraft To iOS Devices?

Could Blizzard Entertainment Bring World Of Warcraft To iOS Devices?
Nothing found :(
Try something else