You are using an outdated browser. Please upgrade your browser to improve your experience.
by Joe White
June 20, 2011
We have recently learned from our sources that Nuance Communications has acquired the popular iPad app, Noterize - an application previously featured in Apple's "iPad is Iconic" TV ad. Following the purchase, the app in question was removed from the App Store. Our sources claim that Nuance recently purchased Noterize for an "unknown" sum. The application allowed iPad owners to easily view and annotate PDFs and PowerPoint files. (You can find out more about the application by taking a look at our review.) For a while now, we've heard rumors surrounding the possible integration of Nuance technology within the iOS. However, nothing was confirmed by Apple at its WWDC keynote presentation, leaving many of us wondering whether Nuance's glorious technology was going to be "built-in" to the mobile operating system, after all. Now it would appear that Nuance is going to bring additional applications to the App Store, possibly beginning with a Noterize-style app infused with Nuance technology. One might suggest that Nuance could release a note-taking iPad application with voice recognition technology, as a result of this acquisition.
Apparently, the developer of Noterize is now working on a new application, called Pod Speed. As mentioned, Noterize is no longer appearing in the App Store. It's definitely going to be interesting watching Nuance move gradually towards the App Store. Recently, the company released a remote microphone application for its Dragon Dictation software. This latest news signifies that Nuance has more iOS applications planned. While we don't know what this means or what the bigger picture is, we'll keep you posted. 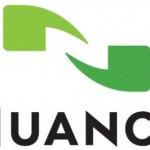