You are using an outdated browser. Please upgrade your browser to improve your experience.
by A.T. Faust III
June 15, 2011
While there's been a recent uptick in iPad 3 rumors these last few days, most of them are easily dismissed or written off as speculative editorials. Concrete evidence of the mythical tablet's features is nigh nonexistent, but we've got a good'n for you to think about this morning. As TechUnwrapped reports, a contact called @Frankrockz has provided the following pictures documenting iOS 5's internal referencing of several 2048x1536 images. Says the tipster,

As I was going through the iOS SDK I came across some images in the new Twitter.framework. The resolution appears to be 1,536 x 2,048. The Twitter.framework is the only framework I found to have these enormous images.

After some digging, though, @Frankrockz found more evidence in Apple's native Newsstand app: 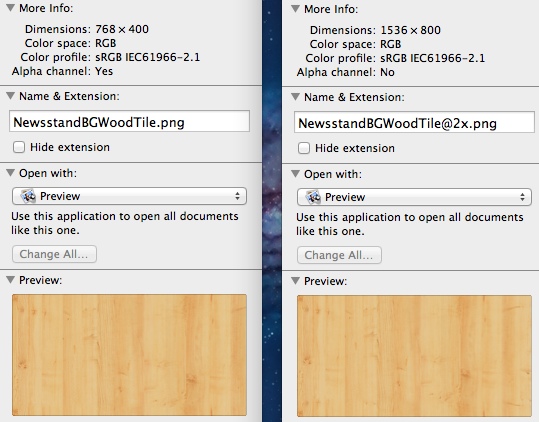 As these pictures mention a resolution double that of the current iPad 2's 1024x768 pixels, it's easy to imagine a forthcoming, mega-sharp 260 DPI display for iPad 3. And, though that might not be the 300 DPI Apple has marketed as qualifying for the "Retina" moniker, it seems logical (from both a developer- and cost-friendliness perspective) that Apple will simply double its new tablet's resolution rather than fragmenting things with a non-scaled screen variant. Still, since the iPad 3 isn't likely to come out this year, you're going to have to wait 'til 2012 to see the changes for yourself. 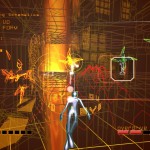