You are using an outdated browser. Please upgrade your browser to improve your experience.
by Joe White
July 7, 2011
Oh, bad news, PokéFans: As many of you will remember, the other day we told you that an official Pokémon application is App Store-bound. This got a lot of people wondering whether Nintendo was planning on bringing more apps, maybe classics like Super Mario Bros. or the original Pokémon games, to the App Store. However, Nintendo has recently confirmed that this is not the case, and that despite the aforementioned iPhone app, the company will continue to only develop software for its own hardware. The news hit the Web in a report from Bloomberg, in which a Nintendo spokesperson noted that the company's strategy "hasn’t changed and won’t change." This means that we can't expect any of Nintendo's games to legitimately make their way over to iOS devices any time soon. I suppose Nintendo's ethos isn't that far removed from Apple's: The company doesn't want to push software onto third-party hardware - instead, it wants people to buy Nintendo-branded portable gaming systems. Unfortunately, in a world where the iPhone is the fastest selling portable gaming system (with an ever-growing share of the portable gaming market), persuading people to purchase Nintendo DS consoles isn't going to be easy. Here's hoping Nintendo changes its mind. Though, to be honest, I really wouldn't count on that happening. 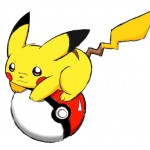 Bad News, PokéFans: While Official Pokémon App Is Coming, Nintendo Isn't Going To Offer More
Nothing found :(
Try something else