You are using an outdated browser. Please upgrade your browser to improve your experience.
by Joe White
July 7, 2011
Last night brought bad news for the guys in Cupertino, CA: According to Dan Levine of Reuters (citing a court document), a U.S. judge has rejected the preliminary injunction Apple recently filed against Amazon. The disagreement, as I'm sure you remember, revolves around the recently launched Amazon Appstore. In short, Apple thinks Amazon has infringed a trademark in calling its application store an "appstore," pointing to the company's own iOS App Store as evidence. Apple has cited both consumer confusion and brand dilution (claiming Amazon's digital store is "inferior"). However, as expected U.S. District Judge Phyllis Hamilton has sided against Apple, mainly because she believes the term is largely descriptive. However, at the same time Hamilton noted that the term is not strictly generic either, though "a likelihood of confusion" was not successfully established by Apple, in her opinion. The outcome? A trial date has been set for October next year, meaning we have a while to wait before this dispute is settled. In the meantime, be sure to let us know your thoughts in the comments: Is Amazon in the wrong here, or is Apple being overly sensitive? You decide! 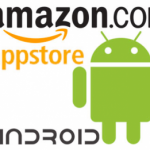 Bad News, Apple: Judge Sides With Amazon, Rejects Injunction Against "Appstore"
Nothing found :(
Try something else