You are using an outdated browser. Please upgrade your browser to improve your experience.
by Joe White
September 22, 2011
Google has launched its own "mobile virtual network" in Spain, and is handing out the above SIM cards to Google employees within the country. The huge company doesn't own cellular towers in Spain, but is instead purchasing data "in bulk" from Spanish carriers such as Telefonica and Vodafone, according to 9to5Google. The website writes:

[T]he move allows Google to control more of the phone experience.  For instance, it can pay one price for bulk data rather than on a per phone basis.  It can also dictate which carriers the phones pull in data from based on quality of service or price.  Roaming internationally can also be controlled and owned as well.

Furthermore, Google is reportedly planning on launching its mobile virtual network in other European countries, suggesting that it could spread to the United States. This is big news, simply because it means Google could launch its own mobile network for Android users. Apple could do the same, too (don't forget, Apple has been trying to kill the SIM card for some time). However, in order to achieve this, both Google and Apple would need to have carriers on-board. It would be practically self-destructive for the likes of AT&T, Verizon or T-Mobile to allow Google and Apple to create mobile virtual networks for their Android and iOS users, because the carriers would be relinquishing control. But that doesn't mean that it won't happen, at some point in the future - especially if Google and Apple are willing to pay a lot for such a service. And how great would it be? Just imagine: You would be able to buy an iPhone, set it up and choose exactly what kind of plan you want all from an iPhone - Apple would control the entire experience, and you'd never have to deal with a carrier again. Does that sound good to you? Let us know in the comments. 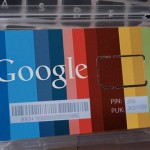 Google Now A "Mobile Virtual Network Operator" In Spain - Is This The Future?

Google Now A "Mobile Virtual Network Operator" In Spain - Is This The Future?
Nothing found :(
Try something else