You are using an outdated browser. Please upgrade your browser to improve your experience.
by Joe White
September 19, 2011
The South Korean carrier "KT" is planning on launching an NFC iPhone case alongside an accompanying service, which will allow Korean iPhone owners to make NFC payments using their smart phone. While Google is dabbling with the power of NFC, a variety of reports have noted that Apple isn't planning on launching an NFC capable iPhone until next year, or even the year after. Such an iPhone would have an NFC chip built into the handset itself, though it is possible to apply these chips to the exterior of a mobile handset, or even use third party accessories to add NFC capabilities to a non-NFC handset. This is exactly what KT is planning on doing - that is, launch an iPhone case that has an NFC chip built into it. Furthermore, KT is going to launch its own mobile payments service. According to a KT executive:

With the recent launch of NFC-enabled smart(phones), iPhone users were showing increasing needs for NFC services, Hyunmi Yang, executive vice president for integrated customer strategy at KT, said in a statement. As a global leader of NFC services, KT plans to provide more convenient and differentiated NFC services to its customers.

A variety of reports have noted that Google is planning on launching its "Google Wallet" mobile payments service today, meaning Nexus S 4G owners will be able to begin making payments using their iPhone handset. If Apple's iPhone 6 is the big revamp several sources have claimed it to be, perhaps next year will be the year Apple fans can take advantage of mobile payments, too. We'll keep you posted. 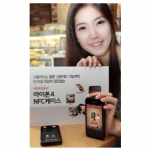 This Upcoming Case Can Make South Korean iPhones NFC Capable
Nothing found :(
Try something else