You are using an outdated browser. Please upgrade your browser to improve your experience.
by Joe White
October 12, 2011
Yesterday, the social game giant Zynga (responsible for bringing us FarmVille, FishVille and other delights) recently announced three new, HTML5-based games that can run within mobile Web browsers and within the Facebook iPad app. According to VentureBeat, Zynga will eventually launch 10 games along with its own game portal, called "Zynga Direct." The website writes:

Cadir Lee, chief technology officer at Zynga, said that HTML5, CSS, and Javascript development technologies constitute Zynga’s “open web stack” that will allow it to create cross-platform games. Historically, HTML5  games have been fairly slow because they don’t take advantage of native hardware in each different device they are running on. But it is possible to do slow-action games with HTML5 and the format is improving over time.

However, that doesn't mean Zynga is abandoning Flash. While the Adobe-developed software isn't supported by iOS devices, "Zynga will continue to work on more graphically appealing games that exploit Adobe’s upcoming Flash 11 format," VentureBeat notes. The aforementioned HTML5 games include FarmVille Express, Zynga Poker and Words With Friends. And the universal Facebook app is currently available to download for free. 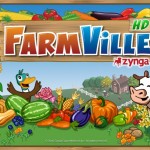 Zynga's New HTML5 Games Coming To A Facebook App Near You

Zynga's New HTML5 Games Coming To A Facebook App Near You
Nothing found :(
Try something else