You are using an outdated browser. Please upgrade your browser to improve your experience.
by Joe White
December 29, 2011
Amazon recently announced that it expects to have sold over four million Kindle devices in December. Though this figure might sound impressive, on just one day (Christmas Day) Apple saw an estimated 4.2 million iOS device activations, suggesting that Amazon has a long way to go before it can catch up with the cool cats in Cupertino, CA. The news reached us from Cult of Mac, who cites a recently released Amazon press release and an article from Fortune, which estimates that around 4.2 million iOS devices were activated on Christmas Day (this figure includes iPads and iPod touch devices, as well as iPhones). Add on to this the number of activations made on the other days in December, and you're looking at a pretty big figure. In Amazon's press release, the company notes that "well over one million Kindle devices per week" were purchased during the month of December, suggesting that over four million will have been purchased during the entire month. Though official figures haven't yet been released by Apple, we can assume that there's still a big gap between Kindle and iOS. Amazon's Kindle Fire was unveiled back in September and many called it an iPad killer. Since, numerous reviews (including our own) have found that the tablet isn't worth getting too excited about, for a number of different reasons. The latest figures prove that Apple is still ahead of the game (it's ahead of Android, too, by around 1.6 million units). And with the iPad's overwhelming success since its initial launch, it's unlikely that any other tablet is going to knock the crown off the head of Apple's "magical and revolutionary" device. 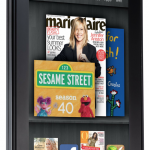