You are using an outdated browser. Please upgrade your browser to improve your experience.
by Joe White
January 7, 2012
John Gruber (of Daring Fireball) has weighed-in on a recent DigiTimes report, which claimed that Apple's super-HD iPad 3 is scheduled to launch in March. Gruber noted that this piece of information is indeed "completely accurate," while rumors regarding the October launch of an iPad 4 are, at the same time, completely ridiculous. Gruber noted:

Wait a minute. What’s going on here? A DigiTimes report about Apple and the iPad that’s completely accurate? No completely made-up nonsense? Is something wrong with me?

and then “iPad 4” — named so by its component suppliers — with killer applications in October, according to industry sources in Taiwan.

OK, phew, what a relief.

The purported launch of an iPad around February or March is a rumor that's been in circulation for a while now, and most likely has its roots in the fact that Apple launched the previous two iPads around this time in years gone by. However, the super-HD display (which wouldn't quite be Retina quality, but would indeed be close enough) is something many hoped for in the iPad 2. It would now appear, judging from the pieces of code which have been uncovered in the iOS, that Apple will instead make this leap with the third generation model. As always, we'll keep you posted. 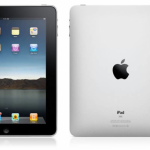 Apple's March Launch For iPad 3 Is Apparently "Completely Accurate"
Nothing found :(
Try something else