You are using an outdated browser. Please upgrade your browser to improve your experience.
by Joe White
January 6, 2012
The iOS hacker hard at work developing a jailbreak solution for the iPhone 4S has updated his blog again, this time answering questions regarding his progress and the issues he has encountered in attempting to find an exploit for Apple's dual-core A5 processor. A couple of days ago, we told you that @pod2g had "made a step" regarding the iPhone 4S (and iPad 2) untethered jailbreak - something we've all been waiting anxiously for. Now, in a new blog post, @pod2g discusses some of the implications of finding an exploit for the Apple A5 processor (this dual-core processor powers both the iPhone 4S and iPad 2). Here's the post:

How could pod2g have an untethered 4S and dev teams still haven't released tools to achieve this at home?

The exploit I used to inject the untethering files to the 4S relies on having a developer account, and can't be released publicly

It's the same reason why @MuscleNerd has an iPad 2 tethered jailbreak but couldn't distribute it.

So, we need to find a distributable exploit to remount the system partition read/write and to set Corona files at the correct places.

Why A4 version of Corona was easier to release?

Because a tethered jailbreak is a good way to install Corona!

Why don't you do a tethered jailbreak then?

A tethered jailbreak also relies on an exploitable vulnerability that we still haven't found yet!

If I could, I would!

Already, @pod2g has done a remarkable job in finding untether exploits for Apple's line of A4-powered iOS devices (under iOS 5.0.1). Hopefully, in the near future he'll discover an exploit for the A5 processor - once this happens, a compatible jailbreak tool won't be far away. We'll keep you posted. 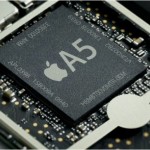 Jailbreak Only: Pod2g Answers Common Questions In "A5 FAQ"

Jailbreak Only: Pod2g Answers Common Questions In "A5 FAQ"
Nothing found :(
Try something else